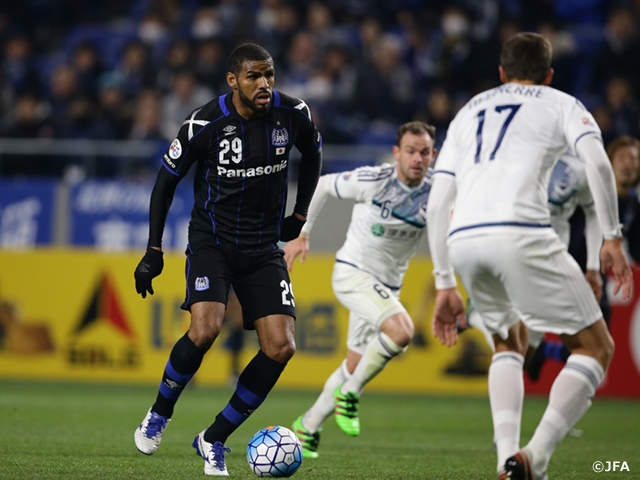 As Gamba Osaka drew with Suwon Samsung Bluewings FC (Korea Republic) in their first game, they were keen on earning a victory to get through to the knockout stage. However, Melbourne took the initiative first. After three minutes, Gamba Osaka gave away a corner kick, and Nick ANSELL went close with a header from a cross, which came near the goal. Though the ball once hit a defender, the opponent slotted the loose ball into the goal.

Despite Gamba Osaka’s desire, the team could not attack back after conceding a goal. In the 16th minutes, Jai INGHAM in the right wing intercepted the ball, and Besart BERISHA took a shot. The coach HASEGAWA Kenta later commented: “I could see the players had not got used to the condition of the pitch in the new stadium.”

However, the team gradually calmed themselves down, passing the ball around at the back to create a goal-scoring opportunity in the 31st minute. Patrick reacted well in front of the goal to a cross from OH JaeSuk on the right side, where IDEGUCHI Yosuke made a shot with a once-cleared ball. After 34 minutes, although USAMI Takashi went close to the goal with a one-two with Patrick, the shot went wide.

In the second half, Gamba Osaka took the initiative. Patrick took two consecutive shots in the 48th minute and in the 53rd minute, pressuring the opponent. Then after 57 minutes, the team finally scored after a tenacious attack. FUJIHARU Hiroki initiated an attack, and Usami earned a corner kick. He reacted to a short corner to kick the ball back in front of the goal. ENDO Yasuhito, in the end, dived to head home to level the game.

OMORI Kotaro and Ademilson came off the bench to turn the game around. Although Patrick led in attack, they could not find the back of the net. Gamba Osaka drew the match 1-1, earning another one point after the previous match. 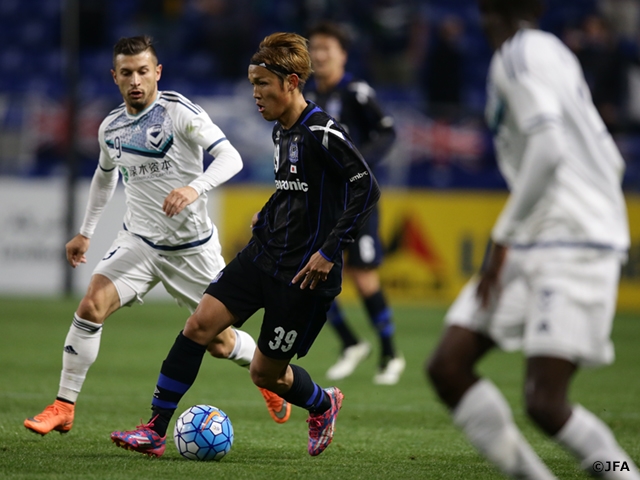 HASEGAWA Kenta, Coach (Gamba Osaka)
We gave a corner kick away from our own mistake and conceded a goal in the first half. Slow starts have been a problem for us since the previous ACL. Having said that, last year we tended to let the opponent add some more goals, but this year we played more aggressively in the second half. After scoring from a set piece, we created goal-scoring opportunities, from which we could have scored. I’d like to stay positive about this.

I’m deeply frustrated ending up with a draw 1-1. I also feel that our supporters really want a victory. As I believe we’re very close to getting a win, we’ll prepare well in preparation for the next game in the J League and the ACL.

ABE Hiroyuki (Gamba Osaka)
Our problem is that we concede goals first. As attackers, we understood at the beginning of the game that the opponent would defend the centre solidly. So we should have got through the sides. In the second half, we started to attack better along the wings. We’ll do that more. As we did well on the left wing, all we need is to improve how to use the other side – I will run to the centre to react to crosses. Though we haven’t played well enough, I believe we can build momentum from one victory. I’ll play confidently.

ENDO Yasuhito (Gamba Osaka)
I’m really disappointed, because we aimed to earn three points. Having said that, I’d like to stay positive with today’s one point for the coming group stage matches. We were determined to win today’s game before we came on to the pitch. We should have overwhelmed the opponent in every aspect as soon as we kicked off. I wouldn’t say we played too badly in the first half, but the opponent was losing stamina in the second half and we could play more aggressively. If we had increased the quality in general, we could have created more goal-scoring opportunities.

Kevin MUSCAT, Coach (Melbourne Victory)
The match was excellent. I’d say it was objectively good. Both teams attacked aggressively, and we played well against a strong team, Gamba Osaka. As the match has just finished, I cannot give a detailed analysis, but one of our achievements today is that we scored early on in the game. By striking the opener, we made the opponent attack, while we kept possession patiently. We ended up with a draw, but we contributed to our points’ tally. 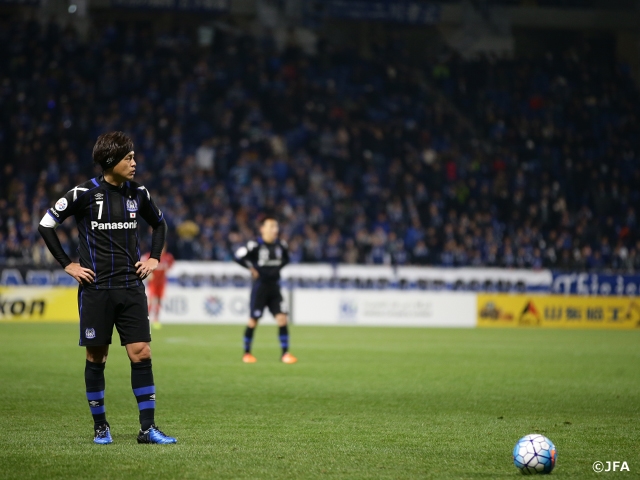