F.C. Tokyo faces Becamex Binh Duong at home aiming for their 1st victory of the Group Stage in ACL 2016 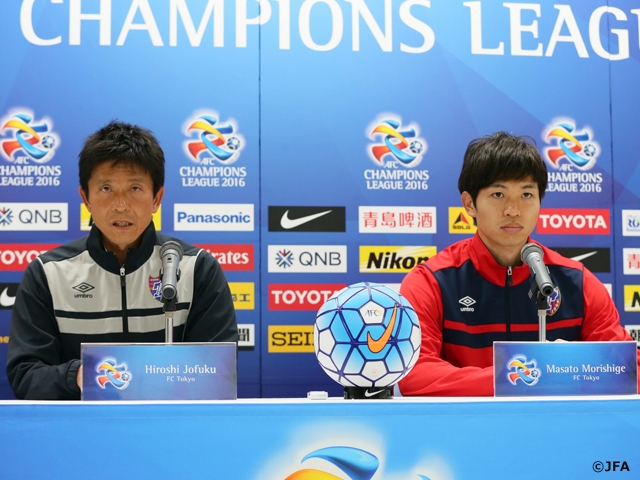 AFC Champions League 2016 will hold the second matches of the Group Stage on 1st and 2nd of March. F.C. Tokyo is playing against Becamex Binh Duong (Vietnam) at home on 1 March. Prior to the match, the official press conference was held on 29 February at Tokyo Stadium.

JOFUKU Hiroshi, Coach (F.C. Tokyo)
We lost the first match and we have to win this match to move on to the next round. We have only 2 days from our most recent J. League match to this one, but the players could adjust themselves well and they can kick off the match in a good condition. Tomorrow, we will definitely win the match.

MORISHIGE Masato (F.C. Tokyo)
We haven’t won our recent 2 matches, so tomorrow we will definitely do our best to win the match.

Nguyen Thanh Son, Coach (Becamex Binh Duong)
I expect the match tomorrow will be very difficult for us. F.C. Tokyo is a team with very high quality and this cold weather is affecting us very much. However, we could play well against a Chinese team in the previous match, so we will get united to do our best.

Nguyen Anh Duc (Becamex Binh Duong)
F.C. Tokyo is well organized and strong team. I know that it is very difficult for us to win away from home, but once I get on to the pitch, I will do my best as a player to win the match and get 3 points. 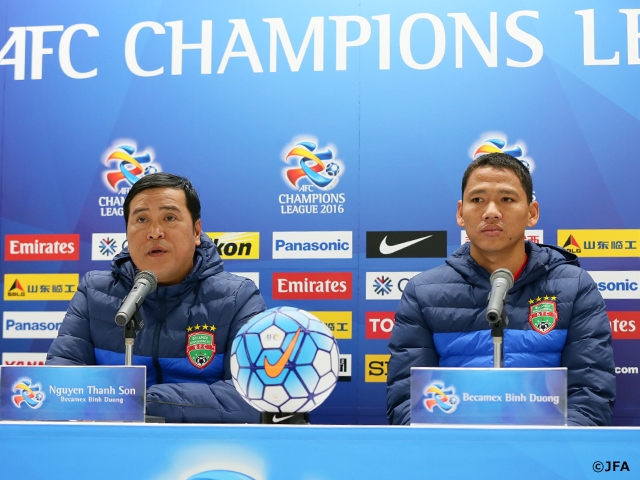