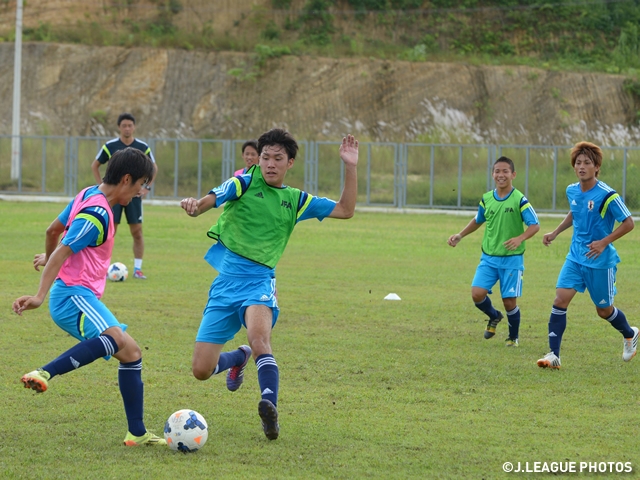 U-19 Japan who made a dramatic victory over Vietnam converted their feeling and took part in training for the game against Korea Republic. Starters of Vietnam match and Okugawa had training for recovery in hotel pool and the rest of players went to the training ground for one hour training. 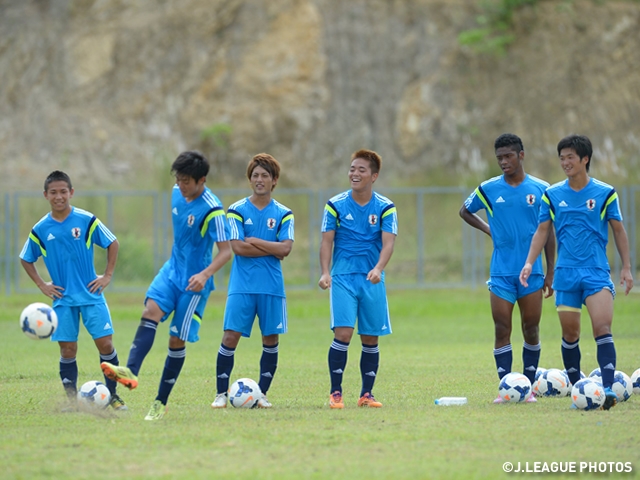 Japan can clear the group stage if Japan wins the game against Korea tomorrow on Tuesday 13th.
Japan squad is going to be united as a team to win and express what Japan has been doing as a team. I would appreciate your all the support for U-19 Japan.

ONAIU Ado (JEF United Ichihara Chiba)
There was a good tension in today’s training and I could play while making a good atmosphere. It is going to be all-out battle, tomorrow’s game and I definitely win the game against Korea and clear the group stage.

MIYAHARA Kazuya (Sanfrecce Hiroshima)
We are in the situation we have to win the next match against Korea to clear group stage. Korea has special feeling when playing against Japan. I am sure this is going to be very difficult game. I haven’t played in last two games but I am always ready to go and so are other teammates. We are determined as a team to win the game tomorrow. I appreciate your all the support to us.

KANEKO Shota (Shimizu S-Pulse)
Tomorrow’s game is going to be the most important game in my life so far. We won’t be able to clear group stage unless we win but we are going to win as our team united. Personally I want to play to help the team and score the goal. 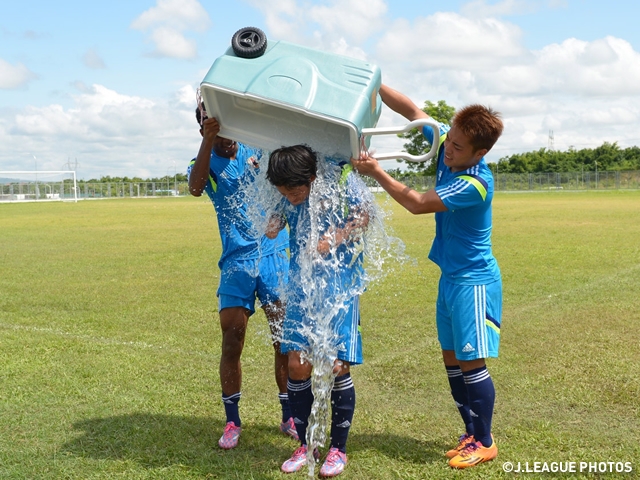