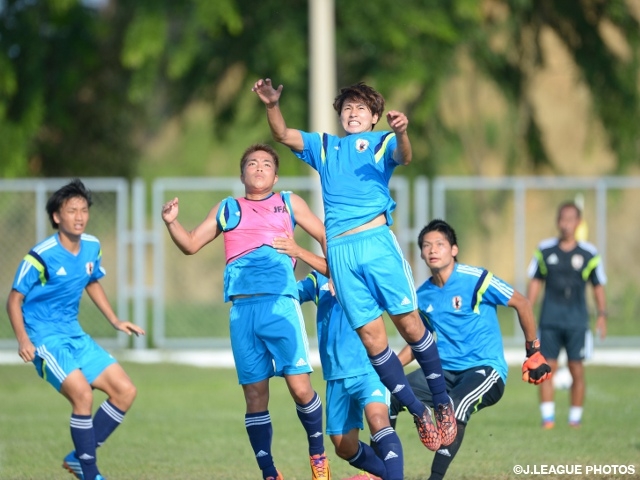 The U-19 Japan National Team held final preparations from 15:00 prior to their first match the following day. The players started with a warm-up exercise and some four-on-two passing, followed by an 11-a-side practice game on the 68-by-68-metre pitch, during which they reviewed their playing combinations. Then they ran through some set pieces and checked their positions. In the end the attackers practiced shooting, while the defenders practiced long-distance passes.

Suzuki Masakazu, the head coach, appeared at a press conference in the morning and noted about their first match: ‘the team, as well as each individual player, has been improving themselves since last March. I’m looking forward to seeing how much the players can show their achievement in the games from tomorrow. We’ll do our best as a united team, using characteristic Japanese skills, in order to get good results. 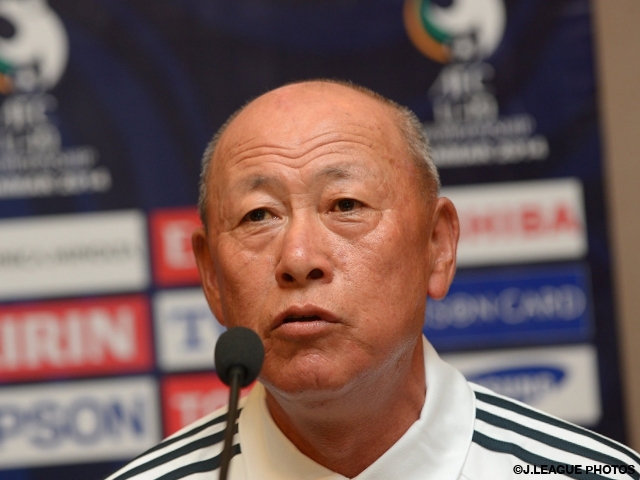 The team is ready for tomorrow’s match against China. All they need is just wait for the whistle. The players will play hard to win their first game, not to mention qualifying for the FIFA U-20 World Cup for the first time in four tournaments.

NAKATANI Shinnosuke (Kashiwa Reysol)
I’m really excited to think the matches that will decide the Asian champion, will start tomorrow. I think the first match is vital to become a champion. We’ll play hard as a united team for victory. The support and encouragement from Japan will be much appreciated!

MATSUMOTO Masaya (Oita Trinita)
Today we ran through some set pieces to get ourselves ready for the tomorrow’s match. As I was gutted at the previous championship, I will get myself fully ready in order to qualify Japan for the FIFA U-20 World Cup. First, we’re gonna win our first match together.

HIROSE Rikuto (Mito Hollyhock)
As today is the day before our first match, we just ran through what we’ve done so far. There was a very good atmosphere around the practice session. The team has become even more united, communicating each other off the pitch as well. We’re ready for the match tomorrow, and I’d like to get a good result. 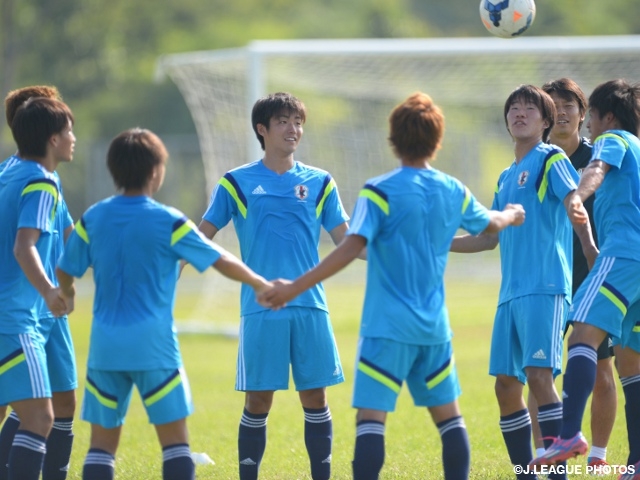