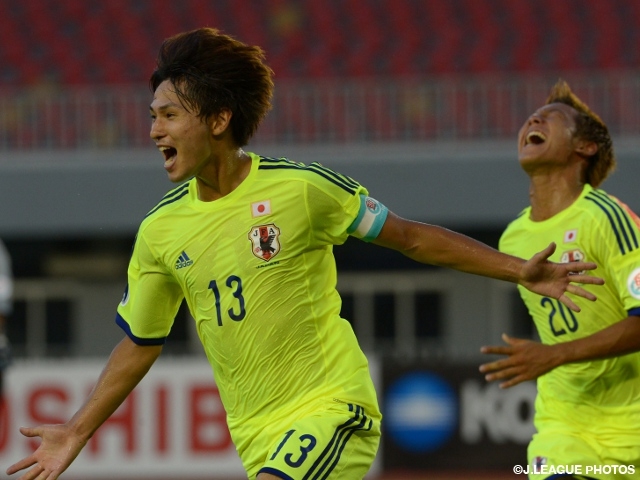 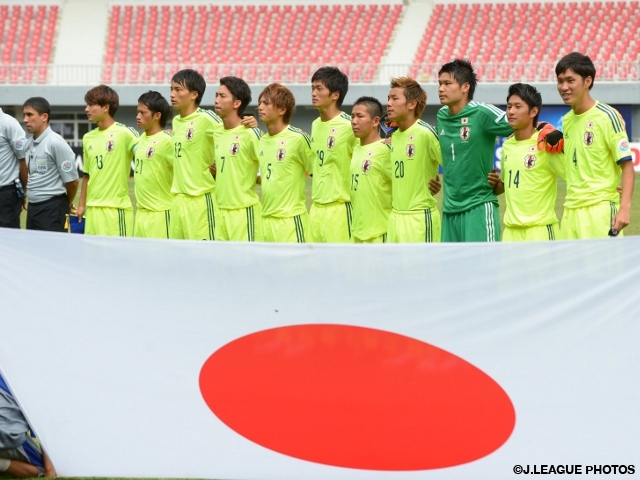 In the third match against Korea, Japan played aggressively from the beginning of the match because they needed to win the match be able to go through to the group stage whereas Korea could qualify with only a draw.
On the 13th minute, Japan stole the ball on right wing and Minamino kept going deeper into the penalty area. He scored the first goal with his right foot from the deep right wing.

However, Korea played actively against Japan. On the 29th minute, Japan gave them a free-kick near their penalty area and after that Korea got three further opportunities to attack from set-plays. At the end of the first half, Korea made a cross from the right wing to head home to equalise. The first half finished 1-1, even though Japan tried to score another goal, shooting several times until the very end of the half.

In the second half, Japan attacked very aggressively against Korea who did not try to attack Japan with any risks. Japan gradually started to get more into the game while Korean players, who played most of the group stage matches, became increasingly tired. On the 65th minute, Kaneko got a chance on left wing and Ideguchi moved the ball around to Kitagawa who was at in front of the goal.
After short passing play between Kitagawa and Minamino, Minamino scored the Japan's second goal from the left side of the goal mouth.
The match still had 25 minutes remaining and Japanese players tried both offense and defense; it was one of the hardest times of the match but Japan managed to make formations to gain their additional goals once they got any chances. The match finished on the 4th minute of additional time. Japan won the match over their rival team Korea and they can move onto the final stage as the top team of the group. The Quarter final match is on Friday, 17 of October. It is still unknown which country will play against Japan. If Japan could win this match, they can qualify for the FIFA U-20 World Cup for the first time in 8 years. 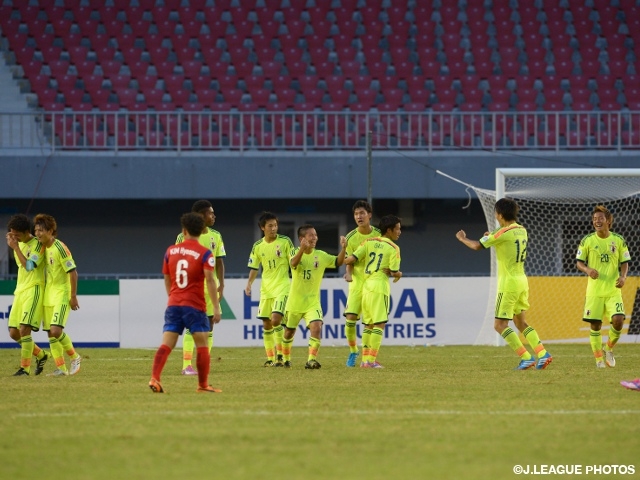 SUZUKI Masakazu, Head Coach
The players could attack in a good form to score. I just kept telling them that even though Korea equalised with us during the first half, we can get a victory if we can show what we have done in the match. I appreciate the players for playing very well with patience and for getting the additional goal. Every time they play they become better and better, so we want to prepare very well for the next match.

MINAMINO Takumi (Cerezo Osaka)
First of all, it was good to go through to the group league as a top team. It will be a positive experience for us for the final stages after having just won the match against Korea by playing very well as a team. For the next match, I want to prepare very well.

KITAGAWA Kohya (Shimizu S-Pulse Youth)
Under the good atmosphere before the match, we had been looking forward to playing against Korea since we had to win the match. It was good to win the match, but I know that the next one is more important and I'm sure that all of our team members know that. We have to lift up our motivation again to prepare well for the next game.

UCHIYAMA Yuki(Consadore Sapporo)
I can say that we could get this victory after putting all of our effort into the match. However, as an individual player, I found a lot of things that I need to improve upon. I appreciate my team mates for covering my issues in the match. We have just overcome one challenge. However all of our effort will be nothing if we lose the next match. We have 3 days to go, so I want to take good care of my physical condition to play satisfactory to get the victory.

TAKAGI Daisuke (Tokyo Verdy)
It was really good that we won the match today. It was the victory that we got with all of our effort as a team; nobody gave up and just kept playing with patience. The next one is also a very important match; we want to qualify for the FIFA U-20 World Cup by winning the next match. For the next 3 days, I want to refresh myself and get ready to be in good condition for the next match.