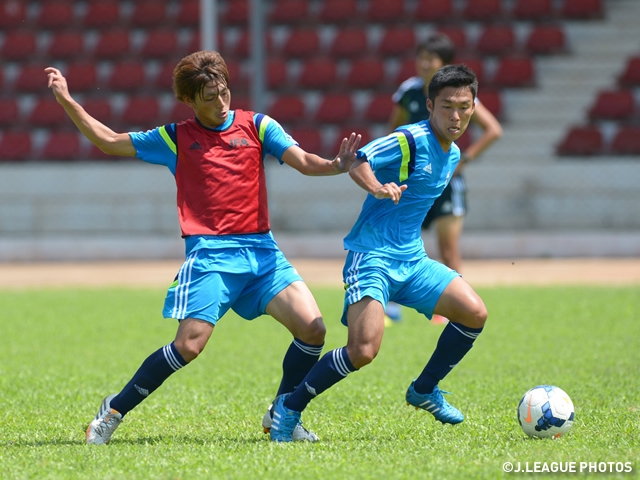 After the first match against China, Japan had training before their next match against Vietnam on Saturday 11 of October. Starting members of the previous match, except Nakamura, and Ideguchi, had running and stretching exercises during the training, and the other players had intensive training sessions such as passing & controlling the ball, mini-games with 7 on 4 or 4 on 3, and shooting exercises. 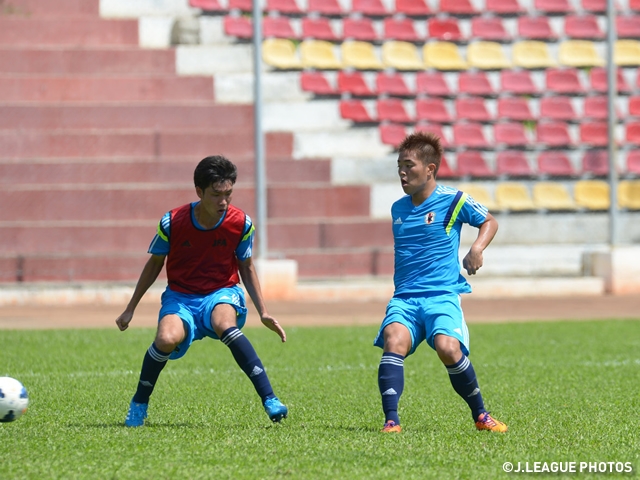 Even though Japan lost the match against China, Japanese players have already switched their mind to the next match and all of them are preparing well to maintain their level of play.
Against Vietnam, Japan is playing to go through to the group league.

MOCHIZUKI Reo (Nagoya Grampus)
After the match against China, we have already switched our mind to the next one. We have had good practice sessions for the next match. It is the time for all of us including players, coaches and other staff to unite well to win the match. Tomorrow I want to show what I can do as much as possible.

KAWABE Hayao (Sanfrecce Hiroshima FC)
In the previous match against China, we put ourselves in a very difficult situation from the beginning. We rushed too much to score but we just ended up playing very roughly and making mistakes. In the next match against Vietnam, I know that it is necessary to score as many as possible, but firstly we will have to win to qualify. Tomorrow we want to play with more patience, letting Vietnamese players run a lot to tire them out.

OKUGAWA Masaya (Kyoto Sanga F.C. U-18)
I think we had a good training today not focusing on the negative fact that we lost yesterday. Team atmosphere is getting better, so we want to prepare well as a team for the match against Vietnam tomorrow. 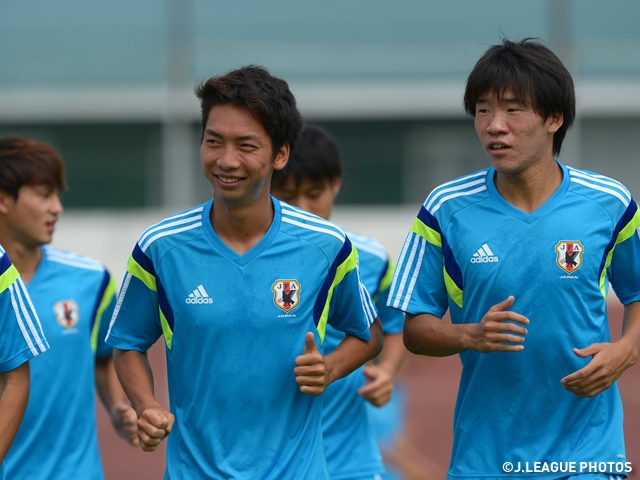