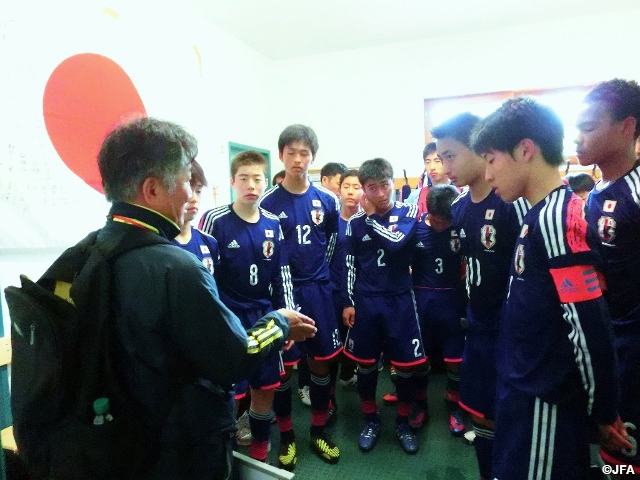 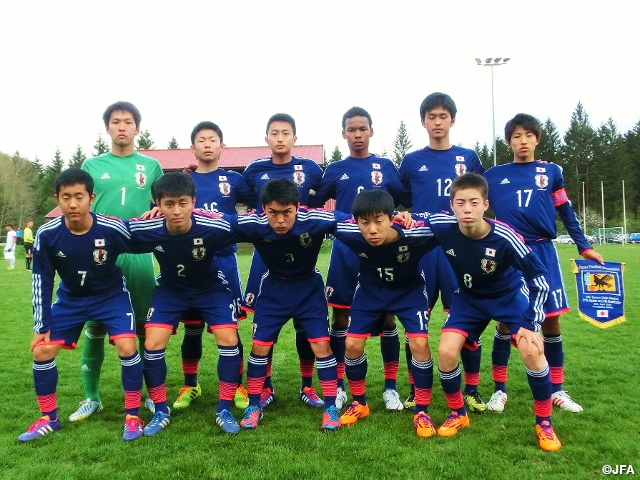 Japan Under-16 national team, who has been already dumped out of the finals in the 11th Delle Nazioni Tournament, entered into its final match.
On the other hand, Azerbaijan Under-16 national team, who still had a possibility advancing to the semifinal game with its winning against Japan, rushed into Japan's goal, keeping its high motivation and fierce pressure right from the beginning.
After the 20th minutes, while Azerbaijan began to be slow in thier motions, Japan started to make good passes.
Japan managed to survive the first half no score draw and revitalized the game by putting Sasaki and Nishimoto for Kanda and Suga from the beginning of the second half.
In the 41th minutes of the second half when Azerbaijian began to markedly get exhausted as compared with the first half, Japan struck first as MF Masashi Abe went out of the left side, made a left-footed decisive shot into the opposite cornter of the net.
Japan kept going after the opponent with passes in good tempo, however, in 58th minutes just before the end of the game, they got tied by Azerbijan who picked up the loose ball that Japan failed to deal with. Japan got knocked out in the first round of the 11th Delle Nazioni Tournament after the game ended in a tie, 1-1.

Hirofumi Yoshitake, Head Coach
Azerbaijan employed irregular man-to-man system of 3-4-3 formation, placing sweeper, to respond to Japan's soccer style. Although we failed to get our rhythm just for a short time soon after kicking off, we successfully kept possessing a ball and sometimes nearly broke down the opponent's defense formation. However we could not make a decisive goal-scoring opportunity, because things such as careful passes, capability to control the game with good tempos and strong willingness for advancing to the goal were lacking for us. The game ended following we allowed goal just before closing the game, exposing weak points, that many Japan's youth generation have, not to be able to see a bigger picture of the game. We should learn to be tough under the high pressure in the close game situation with 1-0 to fade out of the game as if nothing happened.

SATO Sota  (Nissho Gakuen Junior High School)
I intentionally tried to move into the space behind the opponents all through the game today. Given the chance to play in the game next time, I will try not to miss the timing to thread a through ball to my teammates, closely watching the opponent's movements.

SUGA Daiki  (Consadole Sapporo U-18)
I could not move into the space behind the opponents at all in today's game in spite of thier 3 back formation. Given the game finished in a tie, 1-1, our team ended the first round in humiliation without any victory of all three matches. I decided to switch my mind to make more efforts from tomorrow.

HANYA Yosuke (FC Tokyo U-18)
I played today with an intention to try to run into the frontline and move into and out in the midfield on a flexible manner, however, I failed to have the specific image for my next play I should take when the ball came into my eyesight. I thought I should be able to change my play style more appropriately with carefully watching the opponent's play. 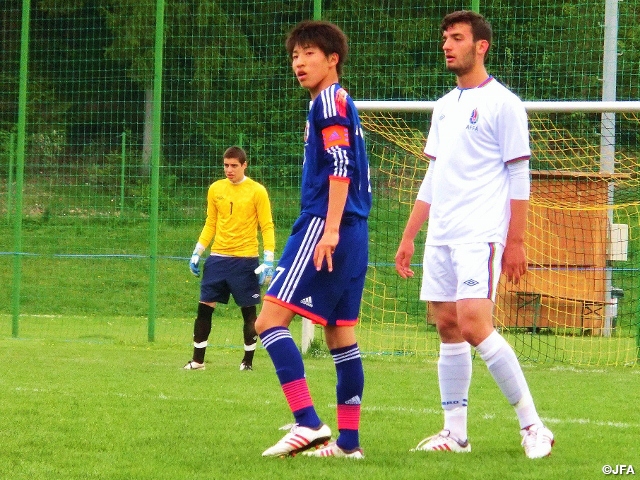