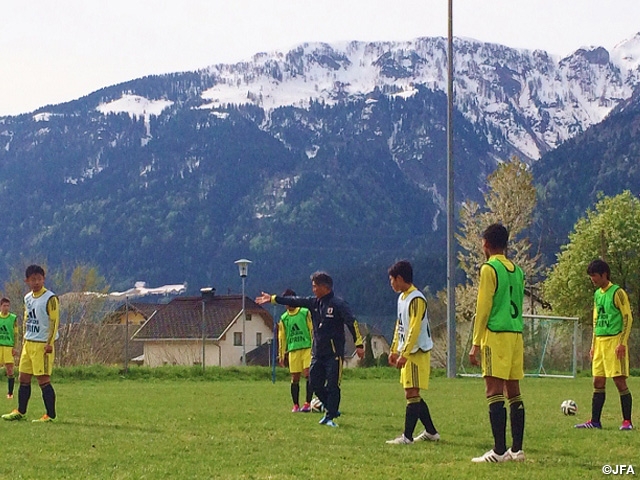 On the day two, it was a little chilly in the early morning, but the team had two-a-day training, morning and afternoon.

For the players who are on the national team for the first time, Ito Ryoya, Ikeda Taisei and Kanda Ryotaro, and players who are back on the team after a long absence, this was the only day before the tournament to spend long hours a day for training. Those hours were necessary for them to fully understand and execute the head coach Yoshitake’s vision and the team concept.

Tomorrow will already have the first match in the tournament against the Croatia National Team at 5 pm.
They will come out to play hard against Japan to pay back for the loss in the final last year. Japan will make sure to match their momentum and play for both good details and results to get off to a good start. 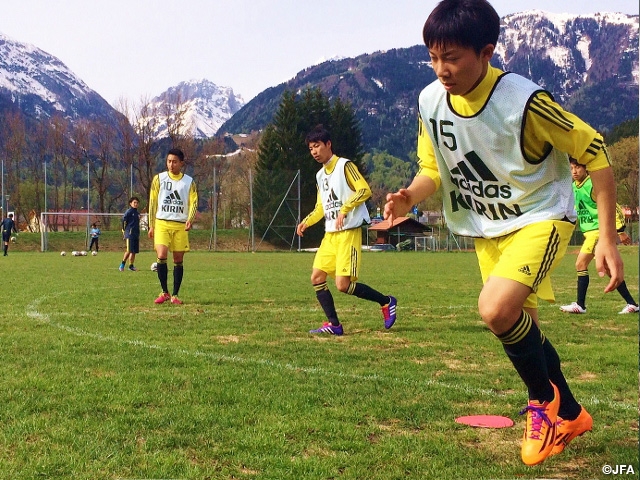 YOSHITAKE Hirofumi, Head Coach
To get into the tournament starting from 25th, in the morning I shared the team concept of 96Japan* with the players as this team’s overall vision. Especially I shared my game plan to break down the defence in front of the opposition’s goal, and also told them that we need to create situations where we can synchronise with each other. In the afternoon, we altogether worked on how to set up our offense right from the goalkeeper giving away the ball. We also made sure, using shadow play, the basics of how to defend against the cross balls. In the tournament starting tomorrow, I want them to create situations where they “make a judgment of what to do next and make it in the group and with a purpose.”

ONOZAWA Toshiki（Cerezo Osaka U-18）
I have got used to the environment and time difference, we have started to synchronise little by little and we have got better. I will keep in mind that I need to observe the opposition and my teammates’ situations and then make a judgement. We need to communicate with each other, too. We will play as one team in matches starting tomorrow and do our best to win the championship.

KAJIYAMA Kanta（Nagoya Grampus U-18）
Little by little, I have got used to this environment and we are becoming one team for the matches. In the practice, we are getting better at observing the opposition, making a judgment on the next play, and communicating with each other, so I am looking forward to the first match tomorrow. We won the championship last year. I will do my best to win again to defend our title.

IYOHA Osamu Henry(Sanfrecce Hiroshima Youth）
In today’s 8-on-8 practice, I could see “where the defenders are” and “where we have outnumbering situation”. So based on that I could hit my teammate on the frontline with a long ball or create a 3-on-1 situation by making quick passes and break through the defence from there. We want to keep synchronising as a team in the matches just as we could in practice, and I will do my best for us to finish this tournament by winning the championship. 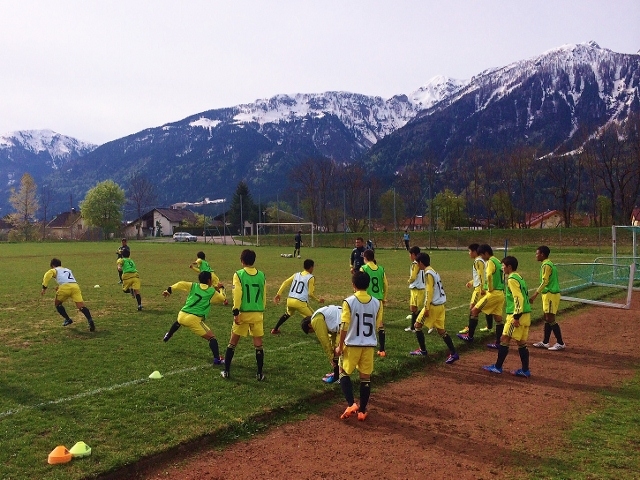