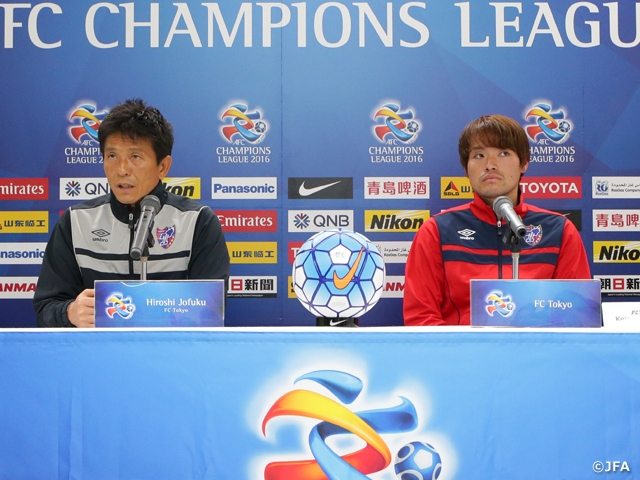 The AFC Champions League 2016 is entering its third matchday. F.C. Tokyo take on Chinese outfit Jiangsu FC at home. The following is the excerpts from the official press conference held at Tokyo Stadium the day before the match day.

JOFUKU Hiroshi, Coach (F.C. Tokyo)
I thought Jiangsu would need some time to integrate new foreign additions into the existing team, but they have shown their capability as they got a 3-2 slim win over Jeonbuk Hyundai Motors and beat Shandong Luneng FC 3-0 in the domestic league. But it's our home match tomorrow. We will get well prepared for it to get three points.

HIGASHI Keigo (F.C. Tokyo)
We've been turning out three straight wins (including league matches), so we need to get points, keeping our momentum. We've been playing a series of matches. But we are in shape and going to grab three points.

Dan PETRESCU, Coach (Jiangsu FC)
Both clubs won the past three matches before this match. The match is important for both of us and going to be a difficult one. We will go out to make it good for us in the end.

Trent SAINSBURY (Jiangsu FC)
We will play as a team tomorrow and give it everything to get a win.