Close
HOME > Respect > Column > NEWS > It's not whether you win or lose, but how you play the game - Always have respect Vol.95

It's not whether you win or lose, but how you play the game - Always have respect Vol.95 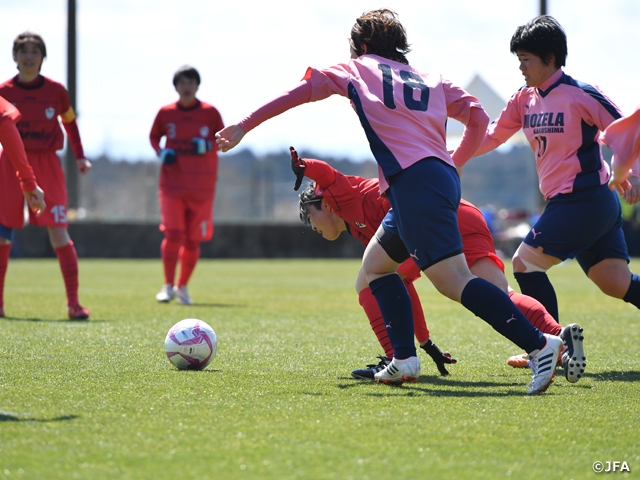 I started coaching a boys’ football team when I was a student, and the very first day I joined the team happened to be on the day of their practice match.

Despite accepting the coaching position, I had very little knowledge of the team and when I arrived at the meeting place, there were only seven players. Before the match, the coach of the opposing team who saw our situation offered to lend their players. The opponent had over 20 players, so they offered to lend us four players.

However, I politely declined the offer. I then asked the seven boys which position they can play, assigned the positions accordingly, and told them, “This is YOUR match. Even without enough players, you have to fight through by yourselves. I don’t care how many goals you concede. Just give your best effort until the final whistle.”

While the opponent consisted of fourth grade players, our side included third grade players, but the seven boys showcased a spectacular effort on the pitch. Despite losing the match 0-7, I praised the players for not giving up, and for making efforts to score back when they conceded a goal.

I myself learned a lot from the boys that day. And it also made me think that I had to do my best so that these boys could continue to have fun playing football. After the match, instead of regretting the loss, the players held their heads high, and I still remember their satisfied faces to this day.

Recently, there was a match where the women's team I coach won with a score of 20-0. The opponent was a newly established team and seemed to consist mainly of high school players. Once scoring the opening goal in the first minute, our team went onto a goal spree, and it escalated to a level where we couldn’t keep count of our goals.

Even with the commanding lead, I stood at the tip of the technical area to give out directions to my players. However, after a while, the players on the pitch started to communicate more, telling each other to focus, make quick transitions, push up, clarify who is pressuring the ball, and to stay vocal, which left me with very few things to say anymore.

The second half saw the opponent make drastic improvements in their defence, and even created some close opportunities that threatened our goal. The match ended with a final score of 20-0, where we scored 15 goals in the first half and five goals in the second half. It was a score I have not seen in recent years.

However, what impressed me the most was the attitude of the opposing team. Despite conceding multiple goals, they didn’t give up, kept on encouraging each other, and continued to focus on the next play. Even though they were a new team, it was evident that each player had solid skills, so it was clear to me that they would become a strong team sooner or later, but more than anything, they had the attitude to fight together to overcome any adversity. After exchanging a fist-bump with the opposing coach, I told him, “Let’s play again.”

I also praised my own players after the match, telling them, “You played with a great attitude.”

It is not easy to maintain your focus and pursue your job in a lopsided match. After we scored a few goals, there was a stint where the players started to hog the ball, but the team reminded each other saying “Keep the plays simple, let’s play as a team,” which allowed them to correct their approach.

It has been 50 years since I first coached the boys’ team, but yet again, I felt like I was taught another valuable lesson by the players. I don't know how the opposing players and coach felt at the time. However, I felt that it was a very pleasant match regardless of the score or the outcome of the match.

Regardless of how many goals they have scored, our players continued to give their best efforts to score the next one. The opponent also maintained a positive attitude to score a goal against us. Whether you win or lose, if teams can always play with such attitude, the match will certainly bring growth for both sides. It even made me think that it would lead to a great example of “Respect.”

HOME Respect Column NEWS It's not whether you win or lose, but how you play the game - Always have respect Vol.95