Close
HOME > Respect > Column > NEWS > The Ball is Round - Always have respect Vol.94

The Ball is Round - Always have respect Vol.94 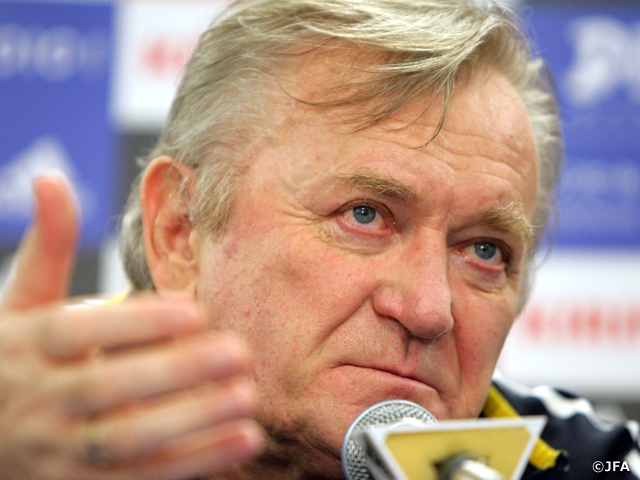 When Mr. Ivica OSIM was the coach of Japan National Team, there was a conversation at a press conference held on the day before an away match against a certain Asian team.

“How many goals do you expect for tomorrow’s match?”

The opposing team was ranked below 100th place in the FIFA ranking, and goal difference was an important factor in the group stage. However, Mr. Osim was infuriated by this comment and answered:

“What the hell are you talking about? There are no easy victories in international matches. Our opponent is desperate to win, and anything can happen in football.”

When I started writing this column seven years ago, I referred to the words of Johan CRUYFF which he said in the dressing room before a match to his teammates cracking up for someone’s sardonic joke about their opponent.

This time, I would like to quote Mr. Dettmar CRAMER’s words which have been inherited in Japanese football.

“The Ball is Round.”

I am sure many have heard this quote before. A round ball can roll or bounce in unexpected directions, which makes anything possible. That is why we say “the ball is round” when there is a dramatic come-from-behind victory, or when an inferior team wins with a single counterattack.

However, this phrase was not Mr. Cramer’s, own original creation, but a quote inherited from Mr. Cramer's “mentor.” And the nuance was originally a little different.

Mr. Cramer's mentor, Mr. Sepp HERBERGER, was the German National Team coach prior to World War II and was appointed as the coach of “West Germany” in 1950, when the team was allowed back onto the international stage following the war. He led West Germany to win the 1954 FIFA World Cup Switzerland™, beating Hungary, the overwhelming tournament favourite, after trailing 0-2 at the final (known as “The Miracle of Bern”). Their victory greatly inspired the German people who were in the midst of post-war reconstruction and instilled the “never give up” spirit into German football, which has been praised all over the world.

Mr. Cramer received moral influence from Mr. Herberger as an assistant coach, along with Mr. Helmut SCHON, who later became the West German National Team coach, and Mr. Hennes WEISWEILER, who showed innovative football with his clubs. Mr. Herberger’s full version of “The ball is round” was as follows:

"The ball is round, the game lasts 90 minutes, and everything else is pure theory."

These words were given to the players before the 1954 World Cup final, as his side was facing the Hungarian side who hasn’t lost in four years. West Germany had played against Hungary in the tournament’s first group stage and lost with a shocking score of 3-8.

“Anything is possible in football. It is important that you do not fear your opponent, concentrate and play for victory from kick-off to the final whistle. Then we will get the result that matches up with how much work we have put on.”

Mr. Herberger sent this message to his players who seemed to fear Hungary, and it inspired their spirit. West Germany went onto win the match 3-2 despite conceding two goals in the first eight minutes, as they quickly equalised the match within the first half and scored the decisive goal in the 84th minute to complete their upset victory.

I think Mr. Osim's response to the reporter, Cruyff's words to his teammates, and Mr. Herberger's quote “The ball is round…” all share the same meaning. They all explained the importance of respecting the opponent, believing in yourselves, respecting the game of football where anything is possible, and playing the game with intense concentration until the final whistle is blown.

Mr. Osim didn’t just tell off the reporter. After the press conference, he caught the particular reporter and said:

“You always write good articles. But don’t forget to respect the opposing team.”

HOME Respect Column NEWS The Ball is Round - Always have respect Vol.94