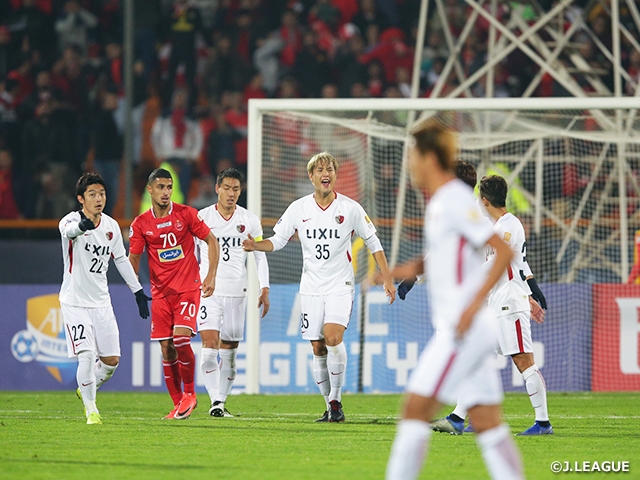 On 19 December 2020, there was a heart-warming scene from the season’s final match-day of J1 League played by Urawa Red Diamonds and Hokkaido Consadole Sapporo. The scene came following the match when Sapporo’s coach Mihailo PETROVIC approached the opposing team’s bench to exchange hugs with all the players and staffs of the Urawa side, which he did before greeting his own players for their victory.

As you may know, coach Petrovic led Urawa until 2017. It has been three years since he took helm in Sapporo, but you could feel that he still love his former players and staffs of Urawa as precious friends. The Urawa supporters were touched by his gesture and gave a round of applause to coach Petrovic.

Football is a team sport, and the players move from club to club for a variety of reasons. In some cases, players make their transfers after receiving favourable offers from other clubs, while on the other hand, there are players who have to find a new club because they are out of the “team plan” for the new season. It is not uncommon for coaches to be sacked for the teams’s poor results, receive new offers, and become the “rival” of their former club.

However, the “bonds” of players, coaches, and staffs who practiced together for even a short period of time to achieve a common goal, does not seem to break so easily, even if they are on separate teams.

I wrote about NISHI Daigo (Vissel Kobe) in theMay 2019 issueof this column. It was an episode where he got out of his way to find and greet his former coach following the opposing team’s post-match press conference.

And last December, Nishi became a big topic again. A photo taken after the AFC Champions League (ACL) semi-final match between Vissel Kobe and Korea Republic's Ulsan Hyundai FC was posted on his Instagram page, which caught the attention of many people.

In that photo, Nishi and Ulsan Hyundai's defender JEONG Seung-Hyeon were smiling with their arms around each other's shoulders.

Many people may still remember this particular match, as Kobe reached the semi-finals in their first ever ACL challenge. With Andres INIESTA out with injury, Kobe lacked their leader of attack and struggled throughout the match, but after YAMAGUCHI Hotaru scored the opening goal in the second half, SASAKI Daiju converted a deflection of a shot taken by YASUI Takuya to score the decisive goal that seemingly sealed the match.

However, this second goal was ruled out after VAR judged that Yasui committed a foul to initiate the play. Kobe conceded the equaliser soon after this play (which was initially called offside, but overturned by VAR), and lost in extra-time after conceding a penalty kick in the second half. This “disallowed” second goal that could have been the decisive one was a subject of controversy, which led Kobe to submit a complaint to AFC.

In this match, Nishi played the full match while Jeong entered from the middle of the second half. However, the photo shared on Nishi’s Instagram showed no signs of the heated battle that lasted 120 minutes nor the dissatisfaction with the VAR decision.

The two players were teammates at Kashima Antlers in 2018. Although Nishi played as a right midfielder in this ACL semi-final match, the two used to play as defenders for Kashima, and led the team to winning the ACL title. It may have been just one season, but the two have nurtured a strong bond while playing side to side in the defence line.

Football is a game in which players and coaches move between clubs at a high frequency, creating lots of changes. It is sad to see a fellow teammate turn into a rival in a short span of time. However, the friendship nurtured between the players will not be lost even when they are playing for opposite sides. In fact, their relationship tends to deepen and spread to the people around them, which is one of the great virtues of the game.

“Thank you for all the support. Good luck to Seung-Hyeon in the Final.”