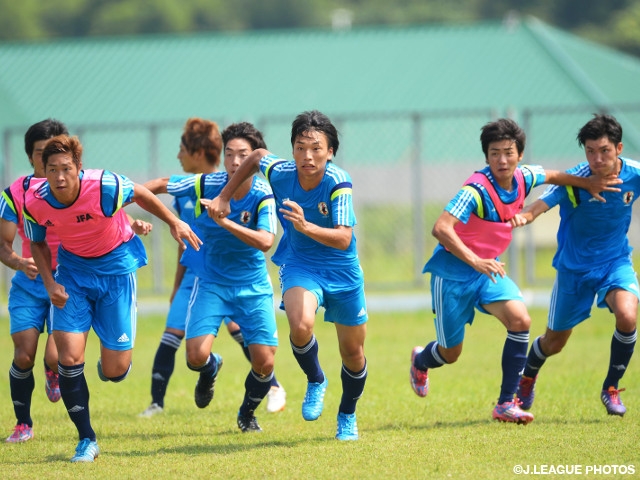 Japan National U-19 Team began training on Thursday at 10:30 ahead of the quarterfinal match against Korea DPR on the following day.
To maximise their performance in the upcoming match, after getting warmed up with short-distance dashing drills, they worked on a 4v2 passing game and a 10-a-side scrimmage with goalkeepers on a half-sized pitch.
At the set-play reviewing session they seemed to be practicing with a good sense of urgency in situations simulated like a real match.
As the last drills of the practice, the young squad engaged in shooting drills and after that, everyone worked on penalty shootouts to get ready for such a setting that they might play in the matches to come. 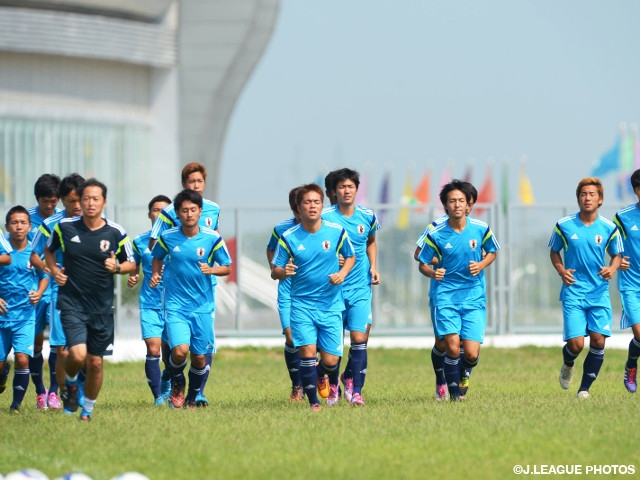 At the press conference in the morning prior to the quarterfinals, head coach Suzuki commented as follows, “Tomorrow’s match is important for us to gain the spot in the FIFA U-20 World Cup, which is our goal. My team have got better as they play a series of games, and I believe they will fight for the spot with confidence tomorrow. It’s been a year and seven months since the team was launched. If we can play our game just as we’ve played until today, I believe that will lead us to win. We’ll all pull together to get a victory tomorrow.” 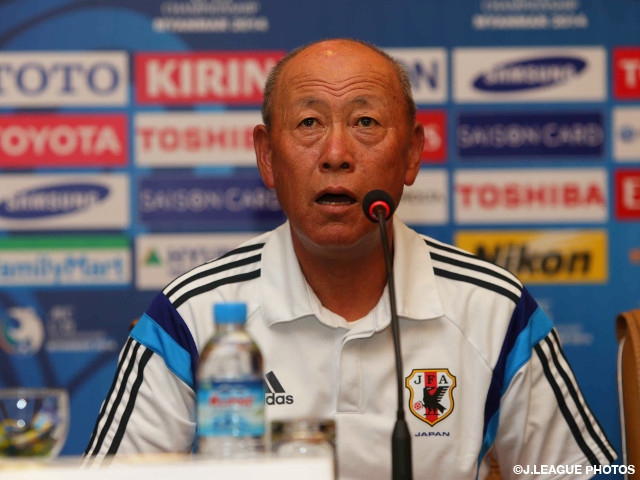 The contest for the FIFA U-20 World Cup spot takes place at 3:30 pm at Wunna Theikdi Stadium. The opposition is Korea DPR. The Japan squad try their best to win the first ticket to the World Cup in the past four tournaments.

HIROSE Rikuto (Mito Hollyhock)
We were in a good mood getting into the third match of the group stage against Korea Republic, and we worked together to get the win to advance to the knockout stage.
The quarterfinal is an important contest for the U-20 World Cup spot. I’ll do what I can do, and we’ll all work together to grab a win.

NAKATANI Shinnosuke (Kashiwa Reysol)
Tomorrow’s match is important to determine our fate at the international level. Individually, I believe this win or loss will dramatically change my life. For the sake of my teammates who left the team because of injury, we’ll all fight together.

YOSHIMARU Kenshin (Vissel Kobe)
The quarterfinal is finally coming up tomorrow. If we win the game, we can get the ticket to the World Cup. The team is in very good form, and all we need to do is to put up a good result. Whether I start or am benched, there must be some ways to contribute to the team, so I’ll do what I can do. We’ll work hard to get the World Cup spot and become the Asian champions.