Japan practice for AFC Under-19 quarterfinals against North Korea 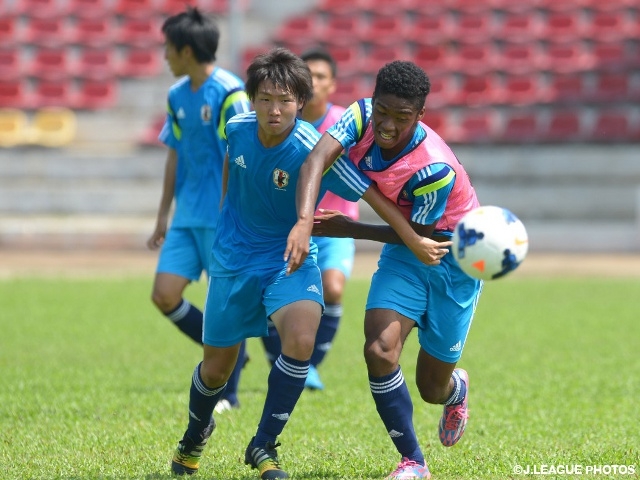 Japan held a training session from 10:30 a.m. to prepare for their quarterfinals against North Korea in the AFC Under-19 Championships. While they worked on measures for the game, they kept their concentration throughout under a heat of nearly 40 degrees, playing a 9-on-9 game.

Members of J. League clubs that were visiting to observe the tournament for a J. League academy directors’ training watched the training session and exchanged conversations with the players.

The team had their dinner at a Japanese restaurant the’d been to before. They had curries as a part of the menus and the players seemed to be enjoying it. As Japan’s A team finished a game in Singapore, JFA secretary general HARA Hiromi, technical director SHIMODA Masahiro, Japan under-21 team head coach TEGURAMORI  Makoto and conditioning coach HAYAKAWA Naoki entered Naypyidaw and encouraged the under-19 squad.
The team was scheduled to have their final training before the quarterfinals. They are going to work bracing themselves up even more to enter the match. 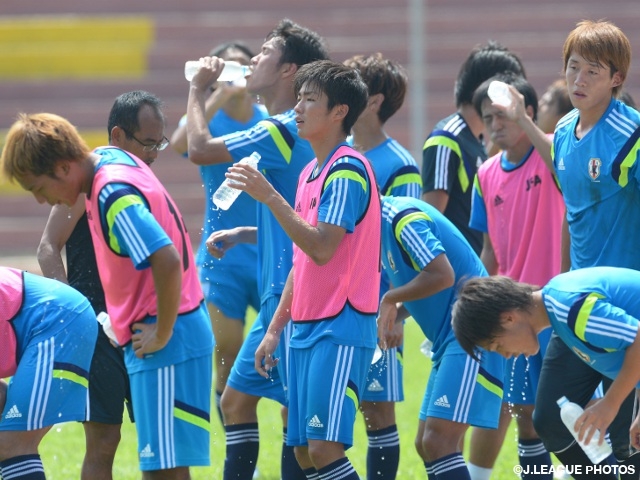 TAKAGIWA Toru (Shimizu S-Pulse)
As we are preparing for our quarterfinal game, there were tense atmosphere and we were able to have our training in good mood. We are going to firmly have another preparation to beat North Korea on Friday, playing with the entire team, so we will earn a berth for the FIFA Under-21 World Cup.

SAKAI Daisuke (Oita Trinita U-18)
While we had to play with one day’s rest (since our previous game), it was great for us to be able to qualify through the group stage in the first place. I think we played as the team. Each one of us is going to have the best preparation in the three days until the quarterfinal game, and I would like to maintain the good image, spending the time until the game beneficially.

MOTEGI Rikiya (Urawa Reds Youth)
We had a practice to prepare for (Friday’s game to clinch a berth for the World Cup) today. It was still hot and tough, but I think we had good practice both as a team and individually. We still have time until Friday and if we work hard on what we could do, I think we are going to definitely win the ticket for the World Cup. So I am going to do my best to help the team, thinking what I can do for the team. 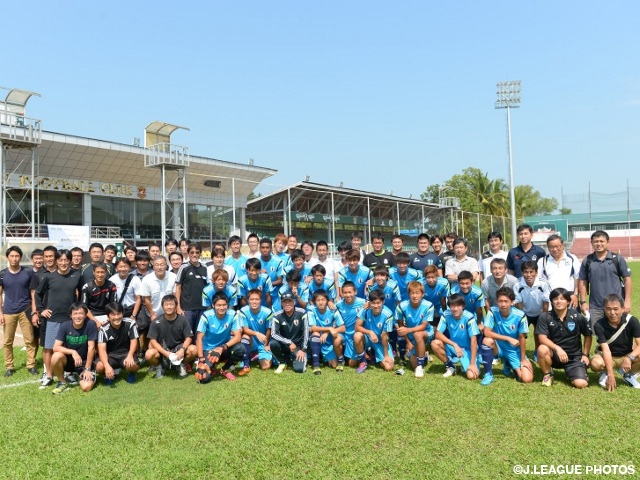