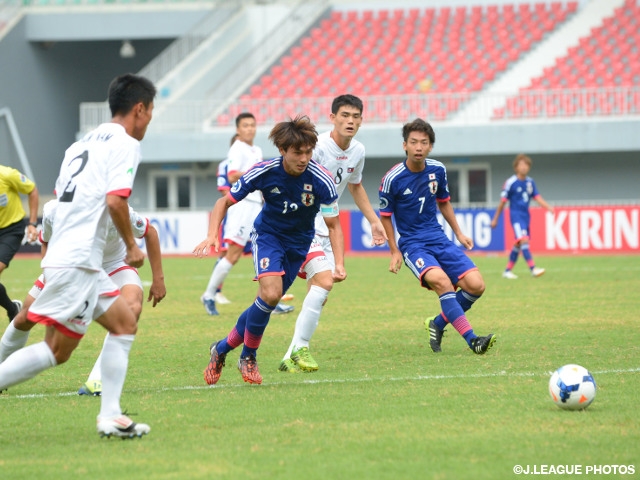 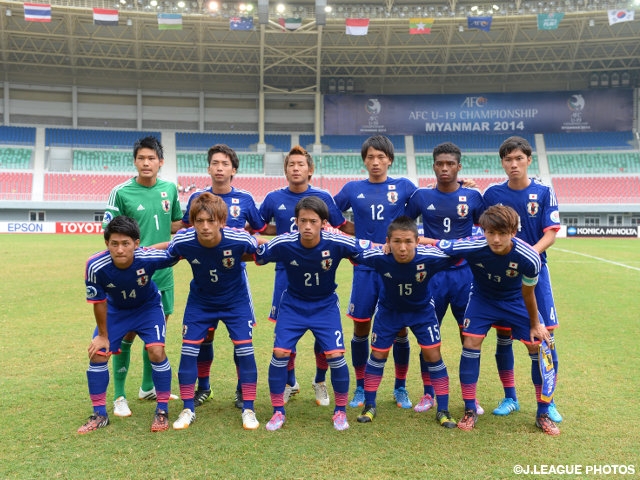 Quarterfinal against Korea DPR.
Kickoff was 15:30 for crucial game for winning ticket to U-20 World Cup if Japan wins.
U-19 Japan dominated the game in first half and launched attacks. In the 11th minute, Onaiu, starter for first time in the tournament, tried to shoot the ball with his left feet but couldn’t connect ball from Kaneko well. Japan created scoring opportunities until 30 minutes for Sekine, Onaiu and Minamino for shoot but all of them didn’t find the net.

In the 36th minute, Japan encountered pinch after pinch from other side’s FK and Nakamura made good savings couple of times. But finally clear ball in front of goalmouth transferred to the other side and Japan again conceded the opener from a set-piece and subsequent play – connecting cross from right.

In the second half, Japan put pressure on Korea DPR who gets defensive and tried to get an equalizer. Building an attack from both flanks but inaccurate cross ball didn’t find the player for shoot. In set-piece, Uchiyama made heading for cross from right but it hit the post and Minamino reacted to deflected ball but he couldn’t get a chance to shoot.
But in the 83th minute, Kaneko who was active in left flank for breaking down the defence, he ran into penalty area and tackled for PK. Minamino calmly converted a PK for equliser and the game extended to extra time.

Japan started an attack in extra time for go-ahead goal but the time was running out as the other side player falls down to the pitch every time the game stops.
The game remained unsettled in extra time and it went on to penalty shoot-out. All the four kickers of both team were successful and following the other side’ 5th kicker converted, Japan’s fifth kicker was Minamino who scored equalizer earlier. He fired the shot to the same course as the game-levelling goal but it was saved by the other side goal keeper and the game is over. Japan defeated to Korea DPR and couldn’t get a ticket to U-20 World Cup.

The game was difficult but the players are going to make most of this experience and try hard to be selected as Japan National team member for Rio De Janeiro Olympic. 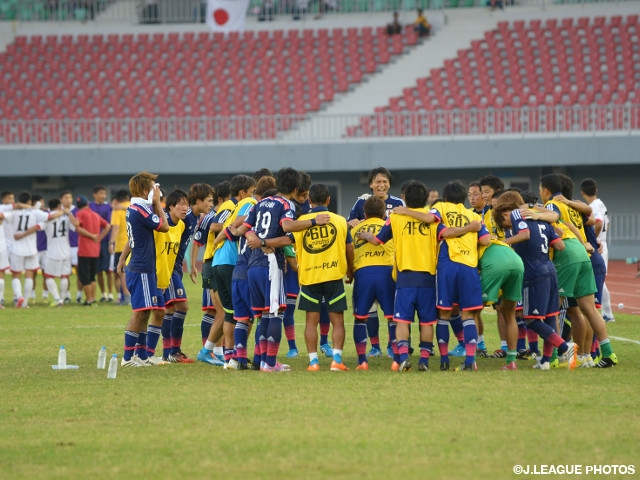 SUZUKI Masakazu, Head Coach
The players played really hard for 120 minutes. It is my responsibility for the outcome of the championship. Due to the other side’s frequent intentional delay and little additional time, I wish the players could have more time to play. It was too bad I couldn’t give them opportunity to play in the world stage for experiencing various things and feels really bad for not able to making it happen. I hope the players making most of the experience at this championship for the future football life. Thank you very much for all the support given to us.

MIURA Genta (Shimizu S-Pulse)
I am really regret and sorry about getting injured in critical timing. Having won group league after struggles, I think the squad put ourselves together and take on today’s game. All the players including staff did our best for winning the game but we couldn’t win the game for not getting a ticket to the world championship. It was a terrific team. I haven’t settled down yet but really disappointed. Never forgetting about this experience and I am going to develop myself in the future.

NAKAMURA Kosuke (Kashiwa Reysol)
I think I am going to regret about the yesterday’s game for long time to come. I got to bring about better result next time for this regret. I really appreciate from the heart those flying over to Myanmar for supporting us and those in Japan supported us. Thank you very much.

KANEKO Shota (Shimizu S-Pulse)
I’m really disappointed for not qualifying for U-20 World Cup and feel sorry about this. I can’t settle down easily but it is up to be how I am going to play in the club and that’s going to make a big difference of my career. Bearing this regret in my mind, I hope to make this experience stepping stones for my soccer life in the future. This team was terrific, head coach, staff and team mates. Thank you for all the support.

[an error occurred while processing this directive]
HOME National Teams U-19 2014 NEWS U-19 Japan in AFC U-19 Championship Myanmar 2014 vs. Korea DPR - match report