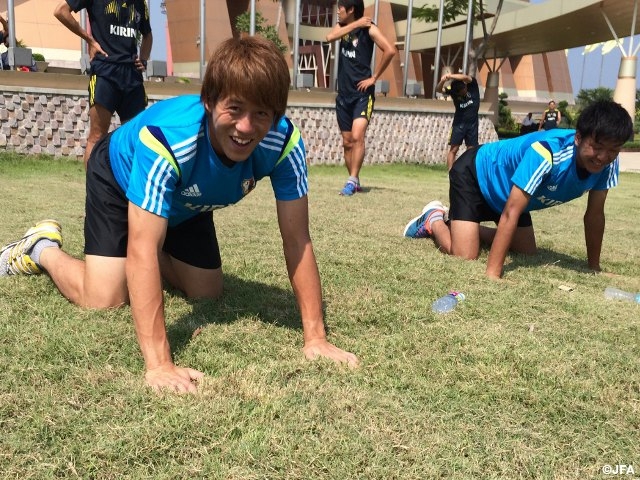 After claiming to get through the group stage atop with the triumph against Korea Republic Wednesday, Japan squad did not go to the training site Tuesday and focused on resting their body with light walking and stretching inside the hotel premise.

After lunch time, the young squad had time with Matsumoto Masaya and Okugawa Masaya, who leave the team due to injury, giving autographed kits and exchanged promises to fight out until the end even after they go back to Japan.

After dinner, the squad celebrated Takagi Daisuke’s 19th birthday together. Instead of a birthday cake, gifts and congratulatory video messages were prepared to surprise Takagi.
“I’m really happy to be given the celebration by the team members. The upcoming game will be the real must-win contest. Work together and definitely win the game,” expressed Takagi his appreciation and motivation toward the semi-final match. 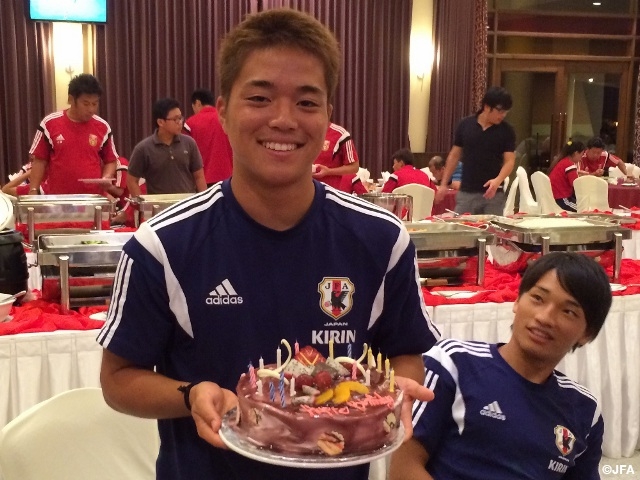 MATSUMOTO Masaya (Oita Trinita)
I’m full of disappointment because I need to leave the team because of injury. I want my teammates to win the upcoming game and gain the spot in the World Cup. Personally, I’ll work on recovering from injury to come back to this team again.

OKUGAWA Masaya (Kyoto Sanga F.C. U-18)
I’m so sorry for my injury and I can’t help the team. This team is really great, so I want to play with them again. I believe they’ll win the ticket to New Zealand.