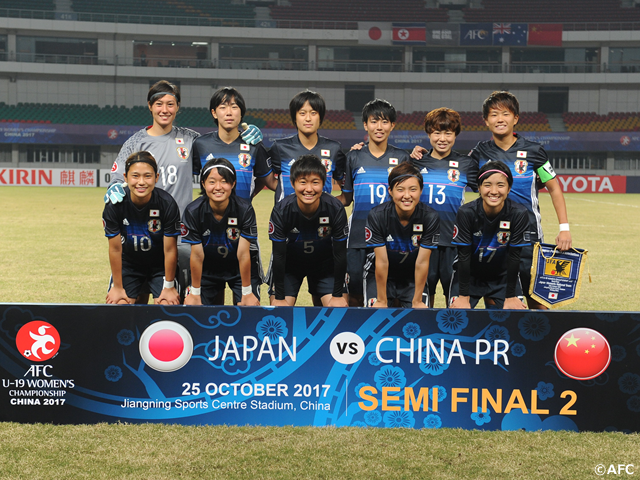 Japan were forced to defend against China’s menacing attacks in the early part of the game. Keeping them from scoring an opener, the young Nadeshiko players fashioned their first chance in the 27th minute. After an exchange of short passes in midfield, left fullback KITAMURA Nanami delivered a neat cross into the box, but it was blocked by the opposing goalkeeper. On the other hand, China came close to scoring on 33 minutes, when the right cross nearly went over the goalline, but defender USHIJIMA Riko cleared it away from danger. Tenacious Japanese defence led by goalkeeper STAMBAUGH Hannah was the key in the first half by not allowing the opponents to capitalise on their promising chances before it entered 0-0 at halftime.

The complexity of the match completely changed in the second half as Japan claimed the initiative and dominated the game. In the 47th minute, forward MIYAZAWA Hinata responded to midfielder TAKARADA Saori’s through pass and composedly guided it past the goalkeeper into the right side of the net to give Japan the much-awaited opening goal by converting the one-on-one chance. Just a minute later, Miyazawa scored her second and doubled the lead. Goal tally continued as UEKI Riko surged up the left flank and sent in a low cross, which resulted in an own goal to put her side further ahead 3-0 on the hour mark.

Japan were relentless in their attacks in the remaining part of the game. Ueki scored the fourth in the 64th minute, while substitute forward MEHARA Rina put the final icinig on the cake and netted the fifth on 85 minutes, before the match ended with Japan claiming a convincing 5-0 victory over the Asian rivals.

With this result, Japan clinched a place in the FIFA U-20 Women’s World Cup France 2018. 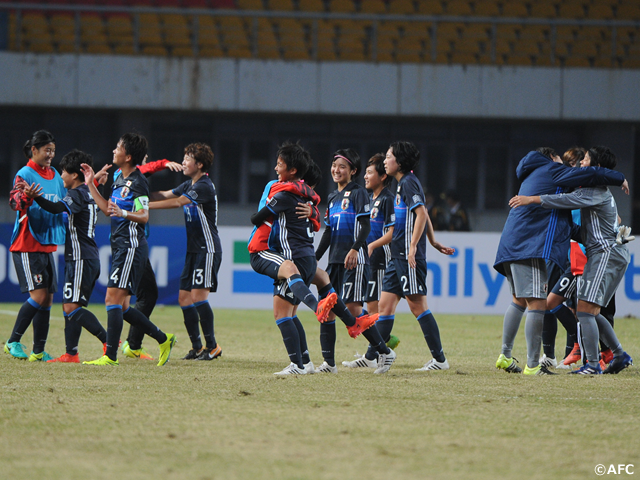 The final of the U-18 AFC Championship will be held on Saturday 28 October at 7:00 pm (local time) against Korea DPR.

IKEDA Futoshi, Coach (U-19 Japan Women’s National Team)
In the first half, we were put under pressure by the opponents who came out and attacked dynamically and made good use of their set-piece chances. However, we were resilient and entered the second half with composure, and secured a win at the end to grab a spot in the coming World Cup. I am observing a significant growth in each of my players as they gained previous experience going through the AFC tournament. We will make a good preparation to enter the final with the same competiveness we have shown throughout the championship.