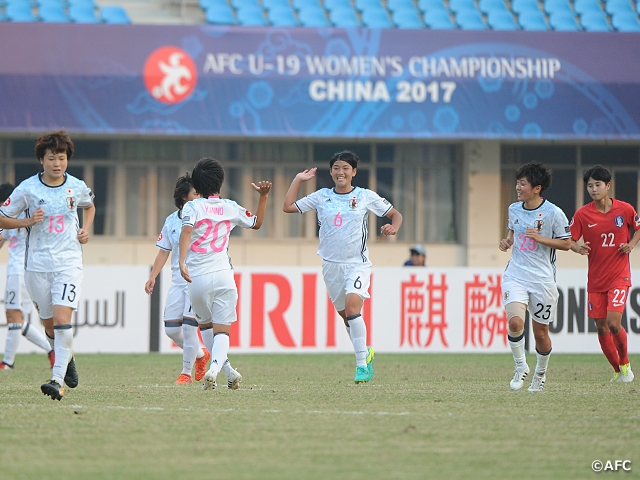 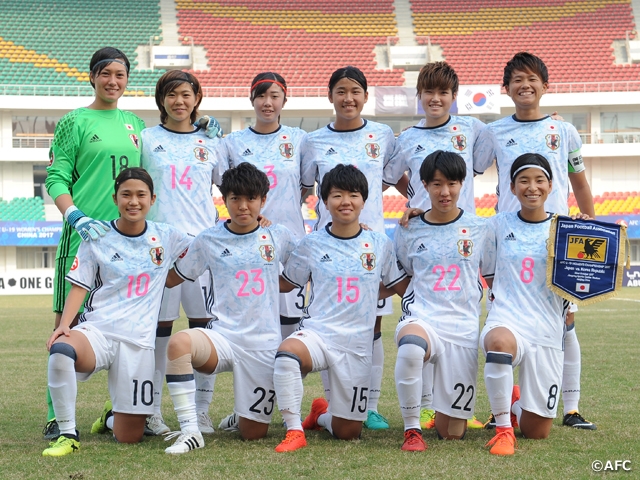 Both faced this game in order to get through the group stage. At the beginning of the match, Japan struggled against a solid Korean defence. After 25 minutes, the midfielder NAGANO Fuka, who received a throw-in from the defender TAKAHIRA Miyu, tried to pass the ball to the forward MURAOKA Mami, only for her to mistime the ball.

Although the game went into halftime at 0-0, it changed soon after the second half started. In the 49th minute, the forward Muraoka received a pass from the midfielder SATO Mizuka and twisted her body to take a shot in front of the goal. Japan struck a long-awaited opener. Japan continued to attack. After 81 minutes, the midfielder FUKUTA Yui was taken down outside the penalty area, earning a free kick. The midfielder KANNO Oto, who came off the bench, fired a shot, which hit the inside part of the goalpost and went into the goal. Japan stretched their lead to two goals. 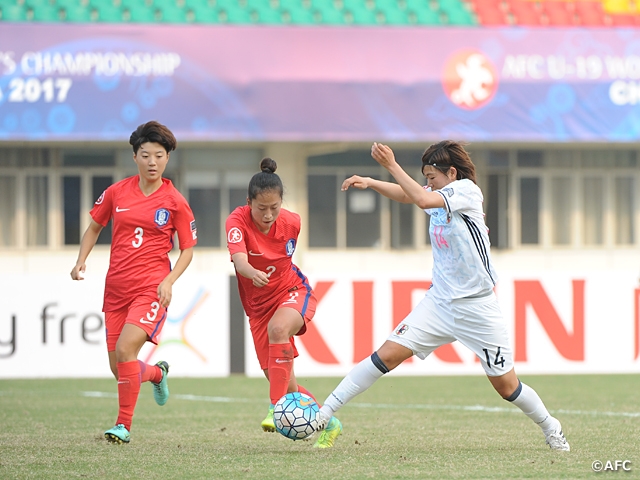 The score stayed at 2-0 until the final whistle and Japan won the match. As a result, Japan topped Group B to advance to the semi-finals.

IKEDA Futoshi, Coach
We approached the game very cautiously, so that we could top the group to get to the next stage. The players performed flexibly, playing almost as we planned. The next game will be against China PR to book a ticket in the U-20 World Cup. So we’d like to prepare ourselves well.

DF #6 TAKAHASHI Hana (Urawa Red Diamonds Ladies)
It was great that we kept a clean sheet and won the game. Having said that, we couldn’t pass the ball rhythmically enough and also made careless mistakes. So we’d like to fix our problems before the coming match. The next game will be essential for booking a place in the U-20 World Cup. I’d like to prepare myself well to play my role as an individual player, as well as part of a united team.

MF #20 KANNO Oto (Nippon TV Menina)
We would top the group and get through the group stage if we won against Korea Republic today. It was great that we kept a clean sheet to win. I believe we played well in general. Personally, I was chuffed that I scored a goal from a free kick. If we win the coming match against China PR, we can book a ticket in the U-20 World Cup. So I’m determined to grab a win. Although we will play continuous games under pressure, I’d like to keep myself in good condition.

FW #14 MURAOKA Mami (Orca Kamogawa FC)
I intended to defend solidly up front, waiting for an opportunity to take a shot. In the first half, we couldn’t send the ball forwards and couldn’t create many goal-scoring opportunities. However, in the second half, we managed to pass the ball around better. I tried to be assertive to be able to receive the ball. When I scored, as I received a good ball from SATO, I turned well to strike a strong shot. I’d like to prepare myself well in order to perform as usual under pressure in the semi-finals.