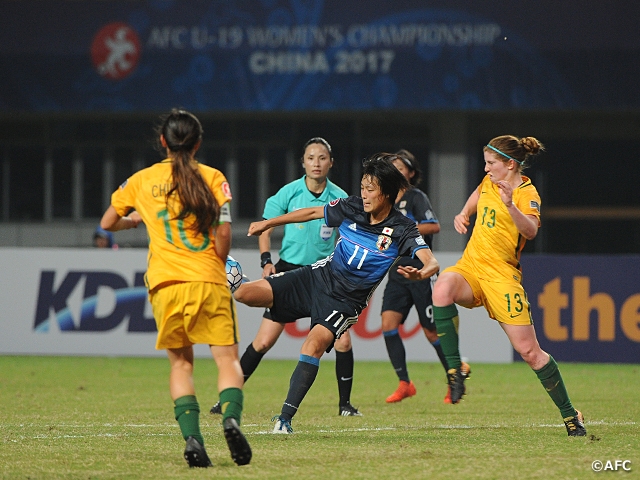 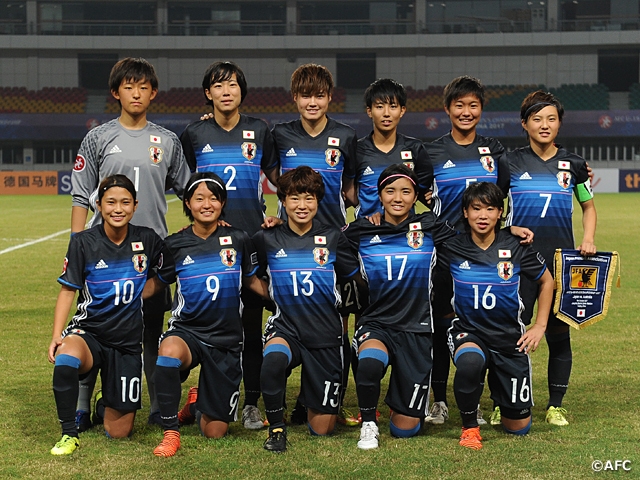 The U-19 Japan Women’s National Team took on Australia in their second group stage game of the AFC U-19 Women's Championship at Jiangning Sports Centre Stadium on Thursday 19 October.

Australia, who came in this game having beaten Korea Republic 2-0 in their previous game, attacked on Japan capitalizing on their speed right after the kick-off. As many of the Japanese players later said, “We hard tough times until we got used to their speed.” In the 13th minute, they allowed Australia to dribbled into the box  and conceded a goal. Japan finally began adjusting to Australia's speed after 30 minutes into the game and played in their own rhythm. In the 36th, defender USHIJIMA Riko sent a long pass to forward UEKI Riko, then Ueki bursted into the box and midfielder MIYAZAWA Hinata fired a shot, but the shot was denied by the goalkeeper and the game entered halftime with Australia up 1-0. 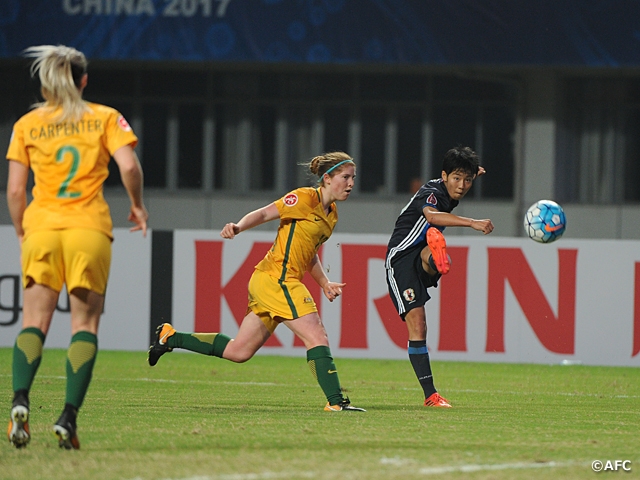 While Japan were trying to tie the game, Ueki dribbled and have a shot after a throw-in on the right. Midfielder MIYAGAWA Asato got the loose ball and netted an equalizer for Japan in the 51 minute. In the 58 minute, Ueki received a pass from Miyagawa and held it in the goal area. Then midfielder HAYASHI Honoka fired a middle shot to give Japan a 2-1 lead. Furthermore, Miyazawa added another goal in the 66 minute and late substitute and forward TAKARADA Saori added goals in the 72nd and 93rd. Japan cruised past Australia 5-1 to win for the second consecutive game.

Japan will face Korea Republic in the next match at 3 p.m. on Sunday 22 October.

IKEDA Futoshi, Coach
It took us to get used to their pressing and conceded a goal to them from our own mistake in the first half. But we did not get rattled and were able to take a lead in the second half. Including those who came in as substitutes, our players played understanding their own roles with responsibility and they showed some growth. We would like to have a good preparation toward our next game against Korea Republic.

MF #7 HAYASHI Honoka (CEREZO OSAKA SAKAI LADIES)
We had an image that Australia would come against us pressing from their front. Ealier in the game they played to the image, and we got overwhelmed by the pressure and gave the momentum to them, and it led to allow a goal to them. But after we adjusted to their speed, we created more chances, so we wanted to tie the game within the first half. (Regarding my goal) when Ueki dropped a pass, I saw a shooting course well, so I just swung my leg as hard as possible. It went how I imagined, so it was great. For our next game against Korea, we would like to play as a team and clinch a knockout stage berth.

FW #19 UEKI Riko (Nippon TV Menina)
In the first half, we struggled playing in our own rhythm and had hard times. In the second half, we started creating our offensive rhythm and ended up scoring many goals. So I think that it was a game that led to our growth as a team. My role is to play up front and score goals. I could not score one in this game, but I would still say that it was meaningful that I was involved in many of the scoring plays. We've won two games in the group stage, but we have not earned anything yet, so we would like to win all the games in the group stage, advance to the knockout stage and get the ticket to the World Cup.