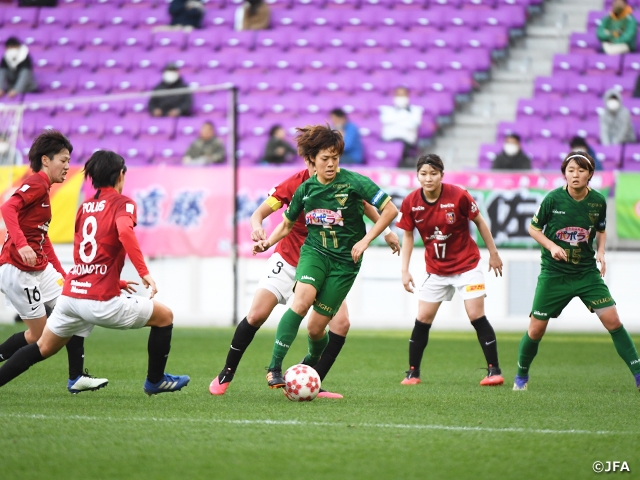 The match kicked off with the whistle of referee KAJIYAMA Fusako, and it was the Urawa side who showed their aggression in the early minutes. SEIKE Kiko started the action with a shot taken in the second minute, followed by a header fired by SUGASAWA Yuika that struck the post in the ninth minute.

However, it was Nippon TV who captured the opening goal, as ENDO Jun, who had scored in the previous two matches, scored in the 11th minute to give the defending champion an early lead.

After conceding the goal, Urawa was forced to use their substitution in the 22nd minute, as Seike made way for MIZUTANI Yuki with an injury. Despite the unfortunate accident, Urawa continued to apply pressure to created chances, as they sought to claim their first Empress's Cup title. In the 34th minute, TAKAHASHI Hana came close to scoring a goal, but her shot was denied by the goal post.

With both sides showing quick transitions between offence and defence, it was once again Nippon TV who scored the next goal. The scene came in the 41st minute, when MIYAZAWA Hinata converted a loose ball following a goal mouth scramble, doubling the lead before halftime.

The two sides continued showcase an intense battle in the second half, but this time it was the Urawa side who converted their chances. Urawa’s first goal came in the 53rd minute, when Takahashi responded to a long feed and scored a shot into the upper right corner. Sugasawa followed in the 69th minute when she netted a lobbing shot to equalise the match. 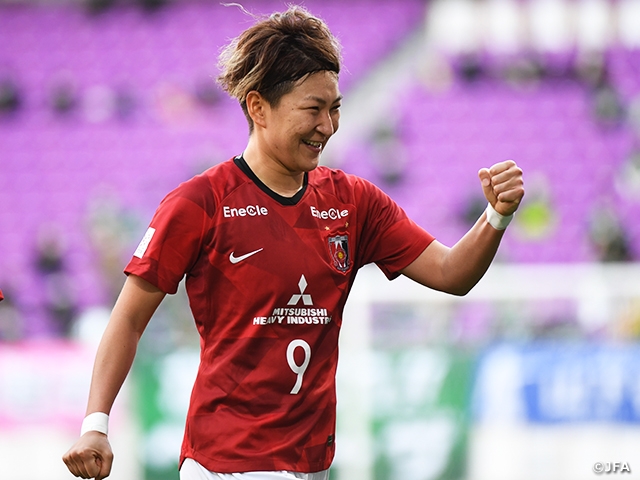 Despite conceding back to back goals to level the match, Nippon TV did not back down easily. Their ace KOBAYASHI Rikako, who was complete shut down in the first half, converted an opportunity created by SHIMIZU Risa to put the defending champion back on top in the 73rd minute.

With time running out, Urawa managed to level the match once again with the goal scored by ANDO Kozue in the 86th minute, but Nippon TV responded just two minutes later, with KINOSHITA Momoka setting up the goal of Kobayashi. Despite the efforts made by Urawa to equalise the match twice, Nippon TV showcased their overwhelming firepower to prevail at the end, winning the match 4-3.

At the closing ceremony, the fair-play award was given to the third place finisher Mynavi Vegalta Sendai Ladies. With team captain Shimizu raising the cup, the crowd applauded Nippon TV Tokyo Verdy Beleza, who has now claimed their fourth consecutive Empress's Cup title.

Also, on this day, a special booth was setup at the stadium to introduce Japan’s first ever professional women’s football league, “WE League,” which is scheduled to kick-off in Autumn 2021. 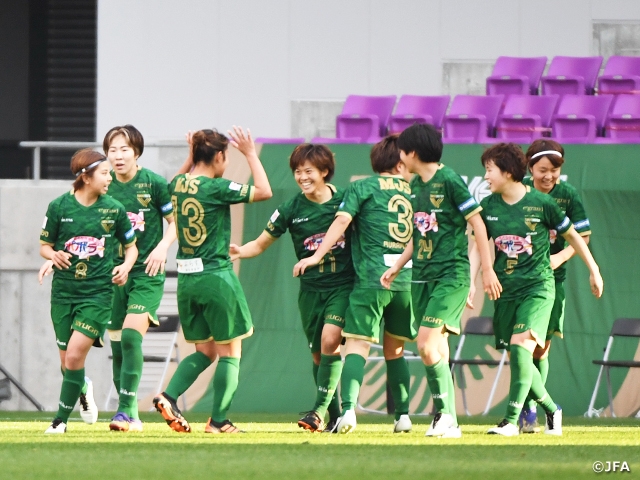 NAGATA Masato, Coach (Nippon TV Tokyo Verdy Beleza)
We entered the match with the intention to apply aggressive pressure from our frontline and to take risks to win this match. Although we conceded multiple goals, it was great to see our side prevail at the end. We utilised many of our young players throughout the season and I think it really helped us earn this result. The fact that our club has continued to spend time and resources on youth development has led to the team winning four consecutive titles at the Empress's Cup.

DF #2 SHIMIZU Risa (Nippon TV Tokyo Verdy Beleza)
Despite entering halftime with a two goal lead, our coach mentioned, “Even if we concede goals, let’s stick with this football style,” and we were able to do just that. All three attackers scored goals today, and it really shows our strengths as a team. After missing out on the opportunity to defend our league title, we were committed to winning this Empress's Cup.

MORI Eiji, Coach (Urawa Red Diamonds Ladies)
This result is disappointing, but I am satisfied with how our players played today. We were able to showcase the football style we were striving for. We created close opportunities in the early minutes with Seike penetrating the flank, but we suffered a huge setback after Seike left the match with an injury. If we can control the match against opponents like Nippon TV, we can become a much stronger team.

FW #7 TAKAHASHI Hana (Urawa Red Diamonds Ladies)
When I scored the goal, I knew (Kurishima) Akari-san was going to deliver a good pass, so I made a run into the space behind the defenders, and I just had to make good contact with the ball. We kept telling each other during halftime that we wanted to penetrate the space behind the opponent’s defence line, so it worked out just as we planned. We were able to showcase the Urawa style throughout the season and managed to improve as a team and as individuals. We still have plenty of room for improvements, so we will continue to work hard to get better. 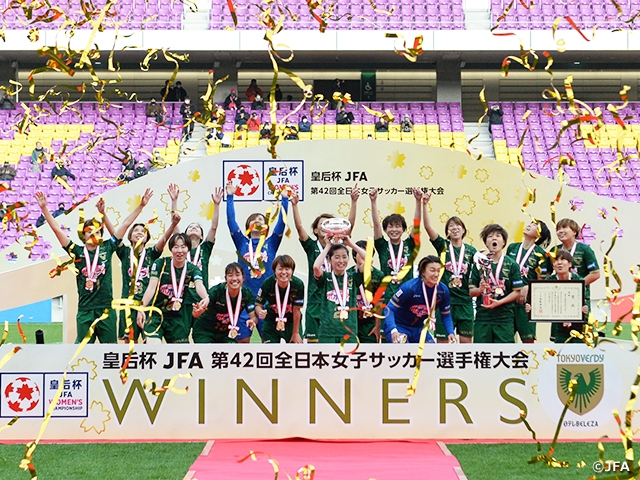