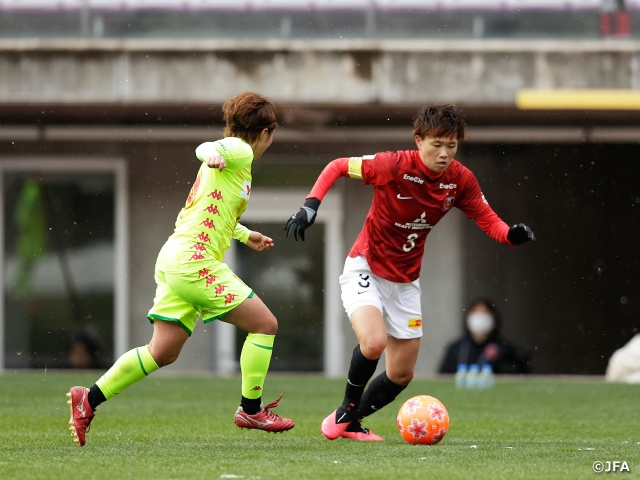 The first fixture will feature the three time defending champion Nippon TV Tokyo Verdy Beleza (Nadeshiko1/Tokyo) and Mynavi Sendai Ladies (Nadeshiko1/Miyagi), who is seeking to reach the final for the first time.

Nippon TV Beleza has utilised a different system from their league matches at the Empress's Cup, as SHIMIZU Risa mentioned, “In this current system, I am given a role where I need to make more sprints, so I hope to contribute to the team in that aspect.” The team has won the quarterfinals in dominating fashion, scoring five goals, including the hat-trick of KOBAYASHI Rikako, against Nojima Stella Kanagawa Sagamihara, showing off the good form they have been carrying since the end of the season. 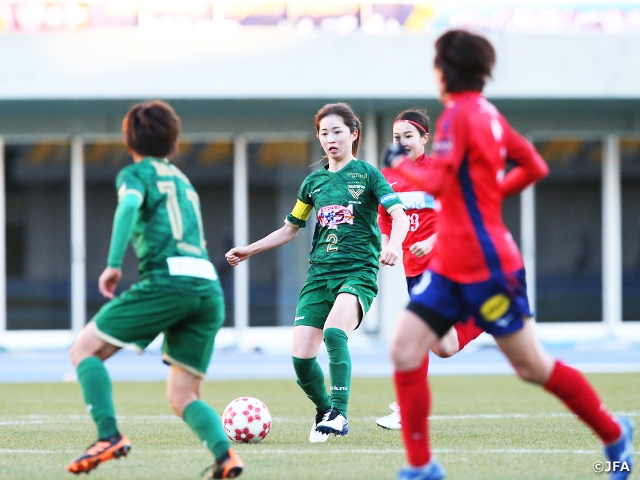 Mynavi Sendai has reached their first semi-finals since 2016. They played through overtime and PKs in two consecutive matches, and with just a three day interval between the quarterfinals and the semi-finals, the level of fatigue will be a major concern, but they are certainly carrying great momentum into the big match.

When looking at the head-to-head record of the two sides, Nippon TV Beleza holds a dominating record of 16 wins and one draw. The Tokyo side has won both of the two encounters (2014 and 2018) at the Empress's Cup as well. It will be interesting to see if Mynavi Sendai can pull off their first win against Nippon TV Beleza at this big stage.

After seeing their 2-0 lead diminish in the second half, Urawa managed to score the game winner late in the second half against JEF United Ichihara Chiba Ladies at the quarterfinals. SEIKE Kiko, SHIOKOSHI Yuzuho, and MINAMI Moeka, three players who were called up for the Nadeshiko Japan (Japan Women’s National Team) training camp held in November, each scored a goal to send Urawa into the semi-finals. Ahead of the big match, Minami mentioned, “Niigata is a very tough opponent. I will give my best efforts to help the team keep a clean sheet. We do not have much time, but we will prepare ourselves in the best way possible.”

Albirex Niigata climbed their way out of a two goal deficit to win against INAC Kobe Leonessa at the quarterfinals. KAMIONOBE Megumi, who assisted the equaliser, shared her confidence ahead of the semi-finals, “Towards the second half of the season, we started to showcase a football style we had been striving for, and we kept telling each other that we just need to be more critical at the attacking third. Scoring three goals was a bit too good to be true, but we are glad we were able to win the match.” 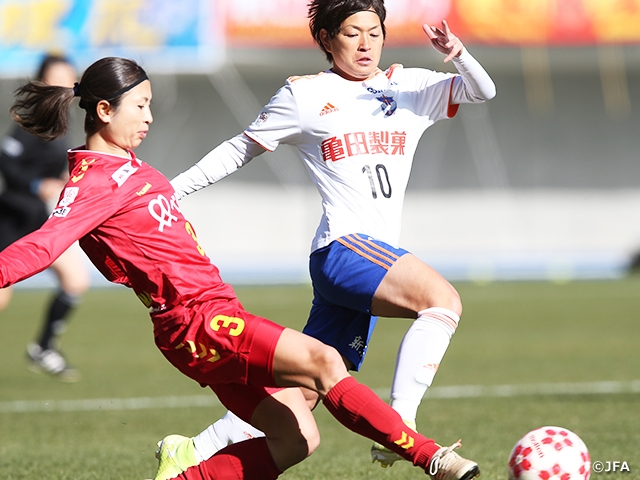 Urawa has reached the Empress's Cup semi-finals 10 times and holds a record of four wins and six losses. Niigata has reached five times and advanced to the final four times. The two sides have faced each other at the semi-finals once in 2010, where Urawa claimed the victory. It will be interesting to see who will advance to their fifth final.