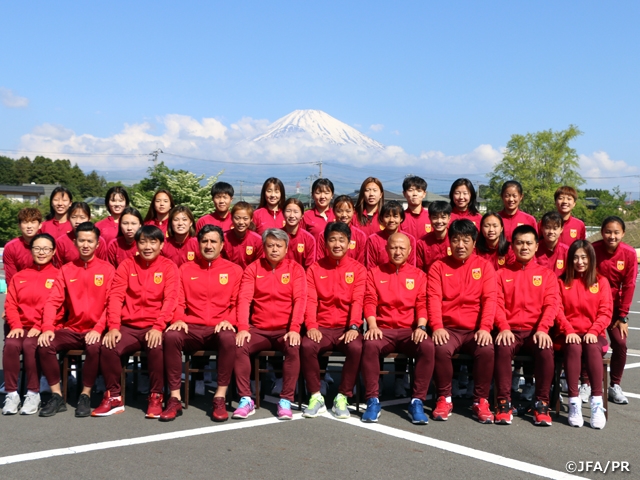 Led by Coach WANG JUN, the U-18 China PR Women's National Team held their third training camp of this year from Monday 6 to Monday 20 May, at Gotemba, Shizuoka. The camp was held to strengthen the team ahead of the AFC U-19 Women's Championship scheduled in 2021, and the team played a total of four training matches during their stay. 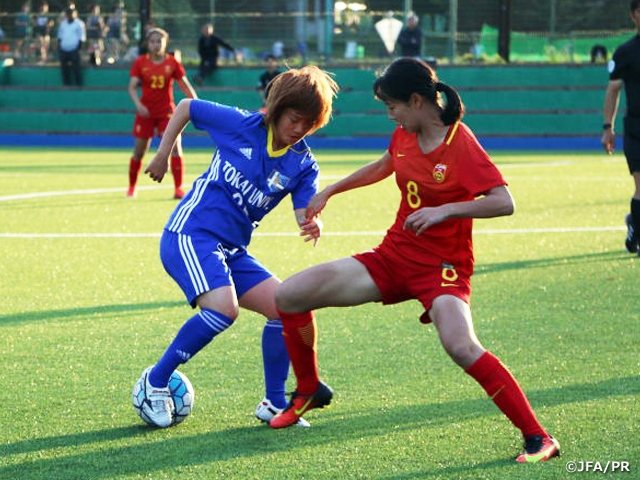 The results of the training matches are as follow:

WANG JUN, Coach
This training camp and matches held in Japan has given us a wonderful training opportunity. With this year being the first year of the Reiwa era, it made it that much more meaningful for us. The teams arranged for our training matches by the JFA were all close to the level of our team, and through the matches against Japanese women’s teams, we were able to acknowledge our weaknesses and realise the need to improve our techniques as well as the team’s ability to execute our game plan. We would like to thank everyone who has supported us to make this training camp in Japan possible, and we hope to have another opportunity to visit and learn from the football kingdom, Japan.

GAO YA, CFA Staff
We were able to conduct very productive training sessions and matches here in Japan, and it allowed us to think about many things. The dedication, precise organisation, the ability to execute their plans perfectly, and the individual efforts showcased by the players. With all these qualities, Japan has taken the lead in Asia, and made us realise what we lack in comparison. I can only hope that the 17-year-old girls of our team can make positive changes from here and make the team stronger with their philosophy, aspiration, and quality skills. During our training camp, we were given the opportunity to play our matches under different kick-off time and weather, which allowed our players to gain a learning experience on how to condition themselves and make the adjustments according to their schedule. I would like to share my sincere gratitude for all the support shown by the Japanese football community for allowing these young girls from China PR to strive to become a better football player.

LIANG WEI, Player
After participating in the training camp and playing the matches here in Japan, it made me realise what makes the difference between China PR and Japan. The training methods conducted by the Japanese teams were very consistent, the formations were also consistent, the players were capable of executing the game plans at a high level, they have the technical superiority, ability to make quick decisions, and everything was controlled with precise details. In our age category, we have the advantage in speed, even compared to Japan. We also have the advantage in average height, so it could be said that we have the superiority in physical battles. However, it is not like we have a huge advantage. If we want to become a better team than Japan, we must work even harder from our daily trainings. We must use our head and strive to reach for a higher level. /p> 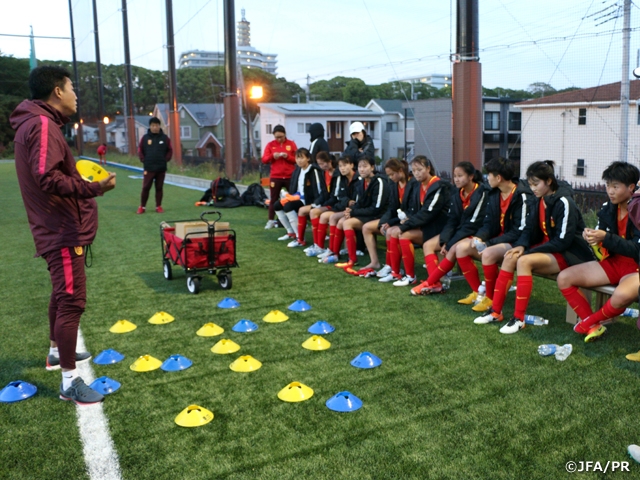