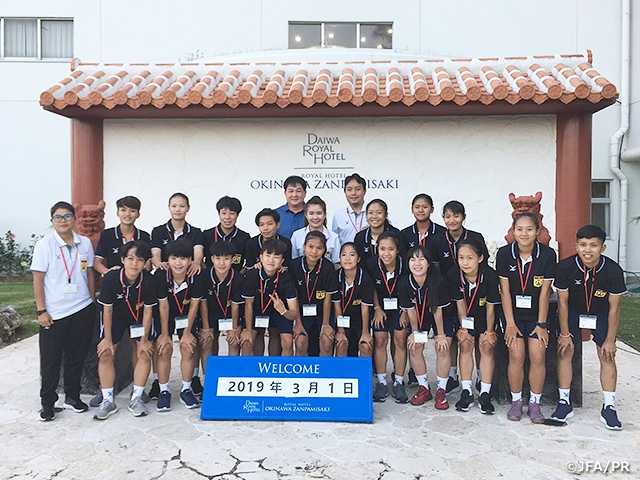 Each team arrived in Okinawa on Thursday 28 February, as they conducted training sessions and participated in an orientation prior to the tournament. Also, on Friday 1 March, Coach MIYAMOTO Tomomi of the U-19 Japan Women's National Team held a lecture to introduce the history of the development of women’s football in Japan, the development system, strengthening programmes, and the Nadeshiko Vision to the participants.

The participating players showed great interests in the Japanese culture that strives for a society where women can shine brighter through the sport of football. 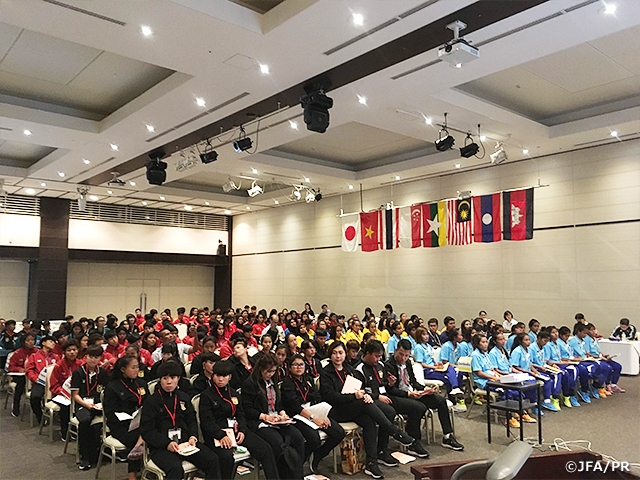 CHANHTHAVONGXAY APHATSALA (U-19 Laos Women's National Team)
I am very happy to be in Japan. Laos is a landlocked country, so I was very impressed by the beautiful beach of Okinawa. We faced Malaysia in our first match and drew against them. I am relieved that we managed to complete our first match without any issues. In the lecture given to better understand Japan, I was inspired by the toughness of the Japanese women’s football players and their mental strengths. I hope I can come visit Japan again in the future.

KIET SIVHORNG (U-19 Cambodia Women's National Team)
This is may first time participating in this programme and I am very happy to be here. The match has given me the opportunity to re-evaluate my football skills, learn from the opponents, and compensate what I lack as a football player. Japan is a very advanced country with organised infrastructure and the air is clean. I think Japan is a great country and I hope to revisit this country in the future. 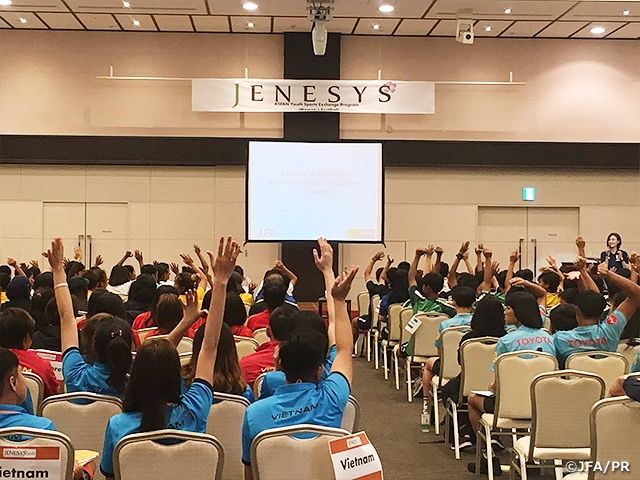