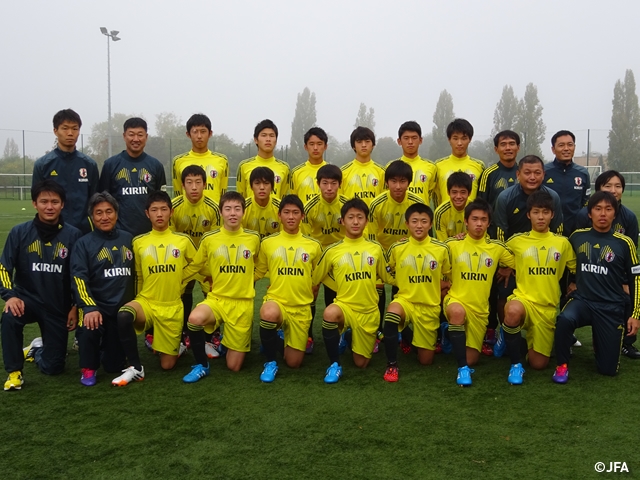 The U-15 Japan National Team, consisting of players who were born after 1st January 1999, gathered at Narita airport on Saturday 25 October to leave for the U-16 International Friendly Tournament in Val-de-Marne 2014, which will start on Tuesday 28 October.
This tournament, which started in 1999, commemorates the hosting of the FIFA World Cup in 1998 and also aims at developing young players. The Japan National Team will participate in it for the second time since 2003. Four countries, including France, which hosts the tournament, the Netherlands, Belgium and Japan will play in a round-robin tournament to contest for the championship.

The players moved to the hotel in the outskirts of Paris after a 12-hour flight. As the clocks went back by an hour the day before, in the meeting they were told by the staff to adjust their watches. They seemed to be surprised and confused while they were doing so.
The following day, on Sunday 26 October, the players held two training sessions, one in the morning and the other in the afternoon. In the morning they spent their time in conditioning training in order to recover from the long flight and the jet lag. And then they did some three-on-two attacking and defending practice with the ball, bearing in mind the strategy of ‘observing the opponent carefully and attacking in the gaps effectively’.
Nine players, who have joined the team for the first time, communicated with the others actively and all of them stayed vocal during the practice. 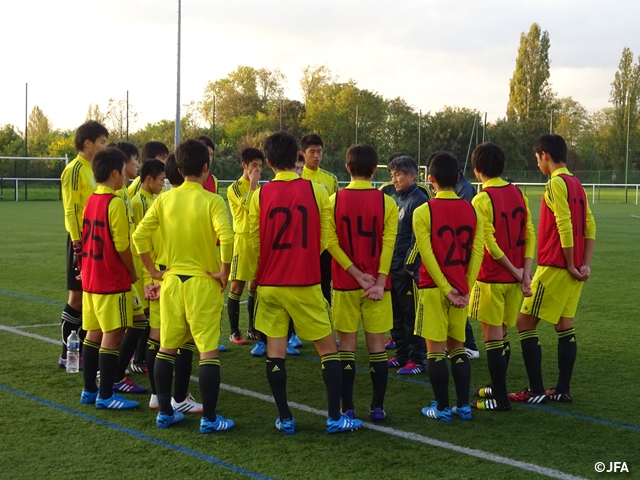 YOSHITAKE Hirofumi, Head Coach
It’s been a while since we were invited to this tournament last time. We held two productive practice sessions today in an excellent environment at the hotel, enjoying the European atmosphere. There are nine players, who joined this team for the first time, three players, who participated in the last qualifying round last month, and six players, who have joined 98JAPAN several times before. The players spent their first day communicating a lot to get to know each other. Although I can see a gap in the conditioning training or the skill training between the new faces and the old, they tried their best. I wouldn’t say they are overly happy, but they seemed to enjoy themselves a lot despite the jet lag. Tomorrow we’ll prepare for the first match against the Netherlands, checking everything from ‘the broader picture’ to ‘the fine details’. I’d like them to play, forming a tight formation.

OKI Yuya(Kashima Antlers Junior Youth)
We held our first practice session today. Due to the tiredness from the long flight, I wasn’t in the best condition, but I did enjoy myself in a reasonably tense training session. I also realised the importance of how you spent time off the pitch. Since I joined this team for the first time, I tried to communicate with others as much as possible. I think I need to do my best to play my style, as we have great opportunities to play against some strong teams.
I’m grateful that I’m here to take part in this tournament and I’d like to prepare myself with other teammates to become the champions.

SATO Sota(Nissho Gakuen Junior High School)
It is my fourth time to join the national team. However, I wasn’t aggressive enough on the first day and felt like I needed to be more self-aware. From tomorrow, I’d like to change myself and do ‘things which can only be done here’ as much as possible. I think it’ll be a very good experience to play against the teams, who have different characters from the ones in Japan. I’d like to do my best without any regret when I’m on the pitch. I’d like to coordinate with my teammates to win three matches. 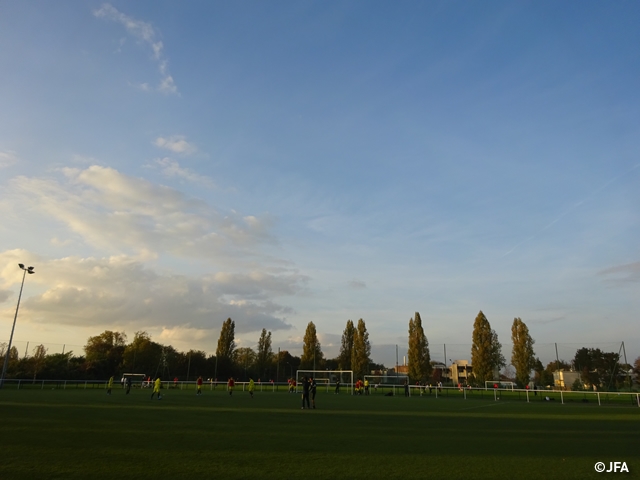