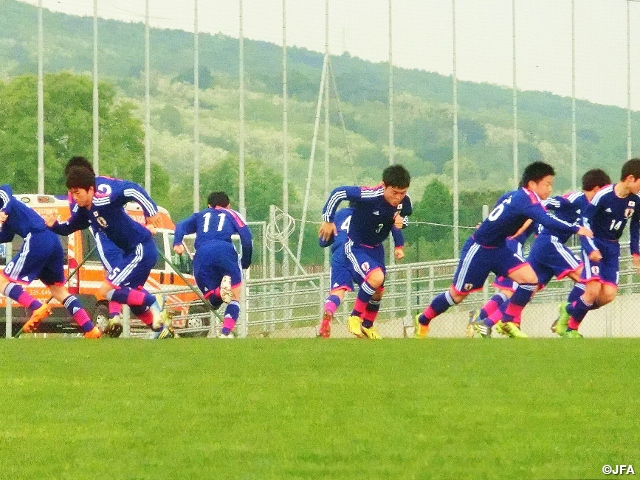 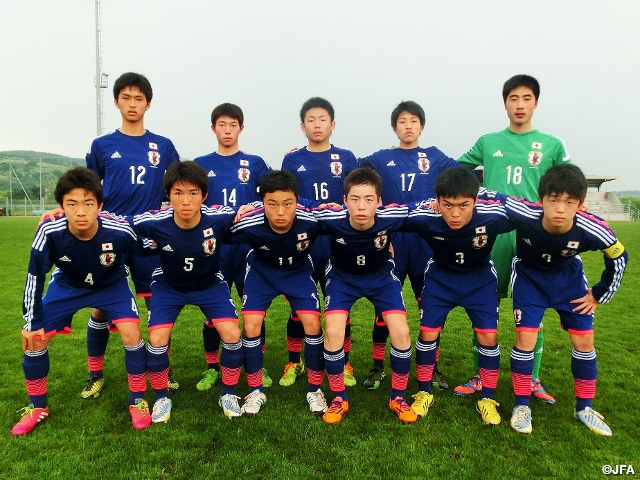 Japan were eliminated in the group league in this tournament, but played a training match with the United States, who were in the same situation.

Early in the game, both sides tried to earn the momentum but neither were able to have it.

But Sato Sota (Nissho Gakuen Junior High) struck first to give Japan a lead on 16th minute, and then Suga Daiki (Consadole Sapporo Under-18)bulleted a shot into the net on 17th minute for an additional score.

The United States took some mental and physical damage as they quickly allowed the two goals, but they still managed to have tenacious defense before the first half ended with the score.

In the latter half, Japan robbed the ball up front with their hard pressing and Suga again prevailed and score another goal on 42nd minute, extending their lead.

The Japanese players, as they were instructed by their coach Yoshitake before the game, tried to chase the ball for another goal, but they did not do so and the match ended with the 3-0 score.

Team Japan is set to play another training match against Zambia at 5:30 p.m. on the 30th April.

YOSHITAKE Hirofumi , Head Coach
The Japan Under-16 team struggled to have the momentum by possessing the ball against the United States, a regular country in global tournaments. But Japan did not allow the opponents to bring the ball in their field, being able to keep their pressing up front for the 60 minutes. After all, Team Japan robbed the ball in the United States’ territory and connected them for three goals off short counters. Yet they left their issue unsolved in terms of possessing the ball longer by using the pitch widely after they got the ball. They want to play tomorrow’s final game against Zambia, overcoming that problem.

KAJIYAMA Kanta（Nagoya Grampus U-18）
We were able to pursue the ball in their territory and connect them for scores in today’s game. But we could not keep possessing the ball and play the game in our pace, failing to play how we would talk about in our meeting. We would like to decide on next plays and then keep the ball by communicating with our teammates in our practice tomorrow and upcoming games.

ONOZAWA Toshiki （Cerezo Osaka U-18）
We played the game as if our fourth game in the Delle Nazioni Tournament. We could win it as a result, but we could not achieve our goal to score two every game and it was frustrating. As for the game, we were abler o press in the front field and had the ball longer, which was good. But we would still lose the ball too many times and that allowed the opponents to have counter attacks, so we want to improve on that. We would like to go get a win as the team in tomorrow’s game as well.

IYOHA Osamu Henry（Sanfrecce Hiroshima F.C Youth)
As I was watching the game from the bench, I was particularly aware of how the opponents would play against us. I also cheered for my teammates from the bench, and I think that I was connected with the team, who were repeatedly playing their defense from their front field for the entire game. I would like to take advantage of what I saw and felt from outside of the pitch for my play in tomorrow’s Zambia game. We will play as if it is our fifth game in the Delle Nazioni Tournament, and we would like to play with the same motivation level as we play in the final game.

WATANABE Kouta（Tokyo Verdy Youth）
I did not have an opportunity to play today, but I am relieved to see our team won it. We struggled against the pressing of the opponents and relaying the ball well early on, but after we scored our first goal, we got to be able to rotate our passes while we could get the ball up front and connected it for our attacks. We have another game tomorrow, so we would like to enter it with better preparation. 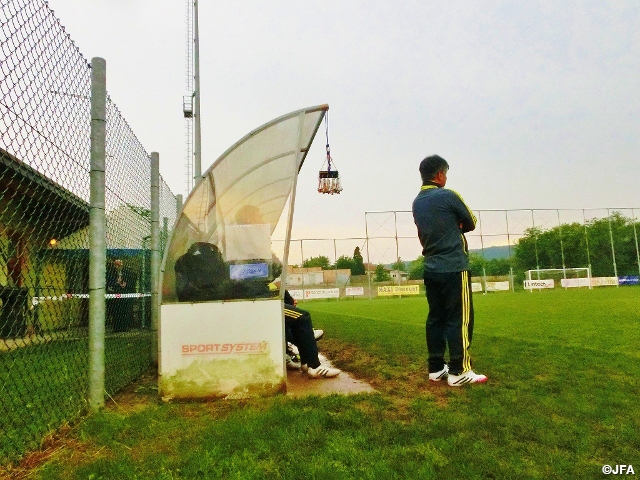