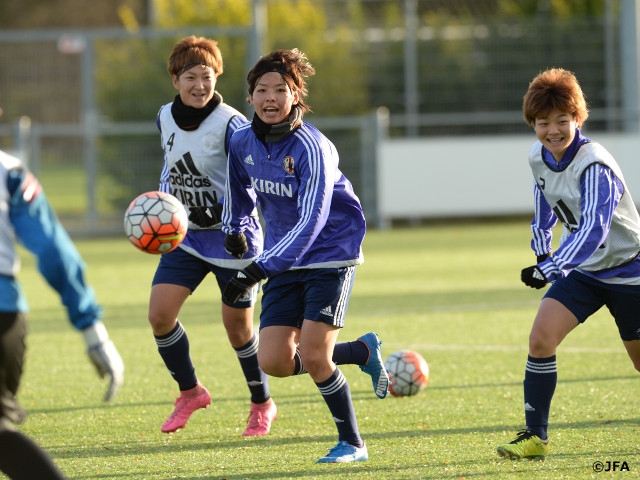 On Saturday 28 November, Nadeshiko Japan (Japan Women’s National Team) had another training session in the suburb of Amsterdam, as they look forward to the international friendly against the Netherlands Women’s National Team a day later. Despite the low temperature, the sky was clear enough to help the players relax in working out in the last session before the match.

After engaging in jogging and passing drills, they worked up a sweat in a small-sided match. With goalkeepers YAMANE and YAMASHITA joining as field players, it was full of smiles and relaxing atmosphere. Before wrapping up the session of a little over 60 minutes, they individually worked on shooting practice.

Coach SASAKI said of the friendly against the Netherlands, "I want to grow this team enough for the Olympic qualifiers so that anyone can get on a pitch and play as well as others. These players are capable of playing in different combinations and variety of styles both offensively and defensively, so according to the flow we want to try different things." He also added his expectation for his young players, saying "while following the team concept of being active both in offence and defence, the key is how effectively each one of them can show her unique skills."

Looking back at this camp so far, MIYAMA Aya said "we are working altogether under the same team concept and also individual assignments. We have been doing good preparation." When she mentioned the fact that the half of this current squad has experienced the World Cup before, she said "we get inspired by many different things and then we build our new style on our own. I think those things contribute to that process."

Japan’s most recent memory of the Netherlands is the head-to-head match-up in the FIFA Women’s World Cup Round of 16 this year. One goal each by ARIYOSHI and SAKAGUCHI helped Japan win the contest 2-1. The total record between these two countries is Japan’s perfect three wins in three matches. The last official match for Nadeshiko Japan in this year will be kicked off at 4:30 p.m. on 29 (0:30 a.m. on 30 Japan Time). 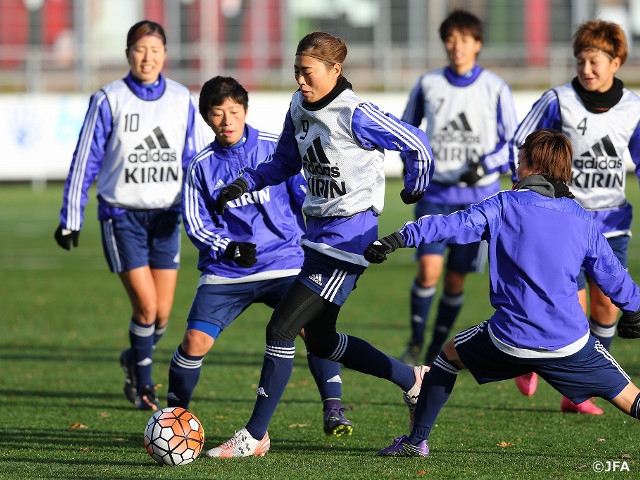 FW #11  ARIMACHI Saori (Vegalta Sendai Ladies)
I will aggressively do everything I can do without hesitation to see how much I can play here. I will keep it in mind to attack defenders’ back and get involved in goals. I will show my aggressive style toward goal. The Netherlands are physically strong and have length. So I want to come up with other ways to avoid contacts. Nadeshiko Japan are very quick in transitioning between plays and covering for each other. We can quickly start our attacking right in the flow of the play and right after robbing the ball. I will make sure to do those things.

MF #16  SUGITA Ami (Iga Football Club Kunoichi)
I am being reminded of this high level of concepts and quality of team plays here. It’s a valuable experience for me to play here and I want to make the time here as meaningful as possible for my future, so I will keep trying hard.

The EAFF Women’s East Asian Cup made me think a lot about the quality of each play, and I felt I still had so much more to do to match up against international teams. This time, I pay attention to taking care of each pass, and if I get to play, I want to play aggressively even in limited chances given to me to show dribbling and shooting. 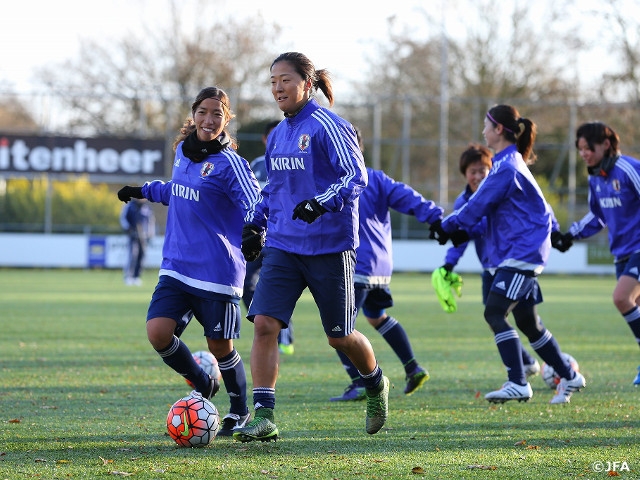