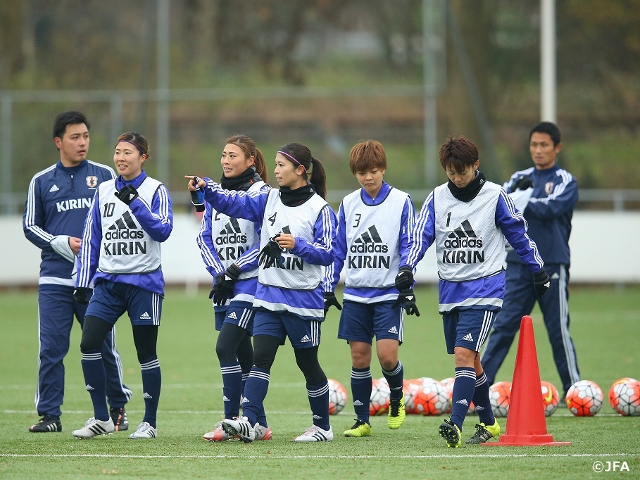 On Friday 27 November, with their international friendly match against the Netherlands coming up two days later, Nadeshiko Japan squad worked out for two hours in the suburb of Amsterdam. The workout was centred on going through their attacking pattern including build-up to shots, cross balls to shots and quick passing transitions toward goal before moving on to game-style drills in a small area. In the end, they played a scrimmage on a full-sized pitch to make sure their combinations.

Although an official practice was not scheduled for the afternoon, a team meeting and a player-only meeting were organised to share the understanding further on their game plans.

In addition, the Asian Football Confederation announced the match schedules for the final qualifiers in Asia (for the Rio de Janeiro Olympics 2016) to be held from 29 February to 9 March next year in Osaka. Japan are set to play the first match against Australia on 29 February and take on Korea Republic and China with one day of rest in between matches. After the China match, the next was scheduled on 7 March, after two-day interval, against Vietnam and finally against DPR Korea on 9. While coach SASAKI says "qualifying matches are far from easy. We want to take advantage of the fact that we play them at home," MIYAMA Aya enthusiastically adds "I don’t think the order of the opponents doesn’t mean much. You can’t win any match unless you put out all that you can do."

There is no question that this upcoming match against the Netherlands is a meaningful opportunity for Japan looking at the Asian qualifiers and eventually the Rio de Janeiro Olympics down the road. The Netherlands are also in the middle of the Olympics spot contention, which will certainly make the match thrilling. The important contest for both sides will be kicked off at 4:30 p.m. (0:30 a.m. in Japan time) at Volendam Stadium. 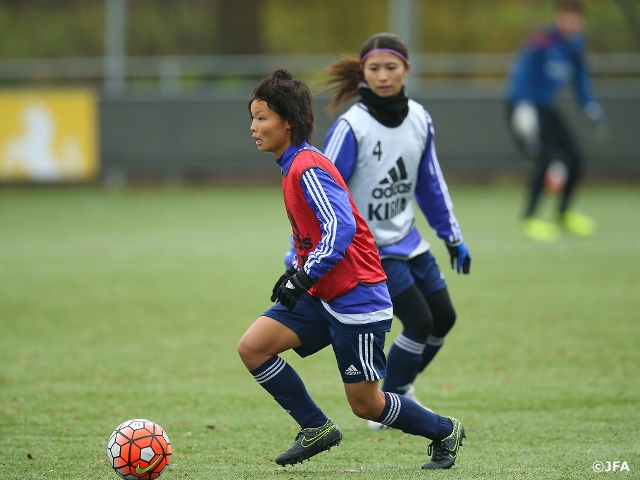 MF #8  MIYAMA Aya (Okayama Yunogo Belle)
(On the result of the Asian final qualifiers draw) You can’t win any match unless you put out all that you can do, so I don’t think the order of the opponents doesn’t mean much. They are qualifiers, but still I see them as one of the tournaments. We will be united and take advantage of the fact that we play them at home. Our goal is to clinch a spot in the Olympics. But winning all matches before that will be one of the good takeaways for the Olympics.

MF #19  MASUYA Rika (INAC Kobe)
Many players talk to me about things like our defence, and I personally feel that the combinations and collectiveness have got better. But this is not my first time to be here with the national team, so I need to be more confident while playing.

If I get to play, scoring goals will be the most convincing way of showing what I can do. But I want to do other things such as being creative in breaking down the defence and dribbling up aggressively for a goal, and also in defence I want to work collectively with my teammates to get the ball early.

The schedule of the Olympic qualifiers have been set, and the first thing I need to do is to make the team. Now that my goal got so specific, I feel that I need to work on more details. Even after I go back to my club, I will keep being aware of my assignments that became clear in this training. I want to keep working hard so that next time I get back to the national team, I can start at a higher level. 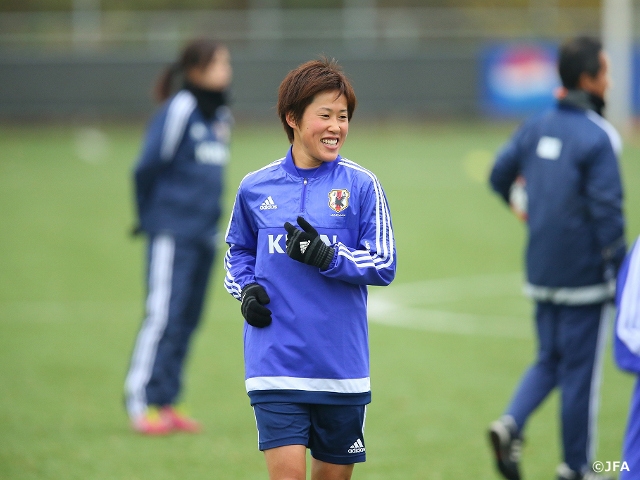