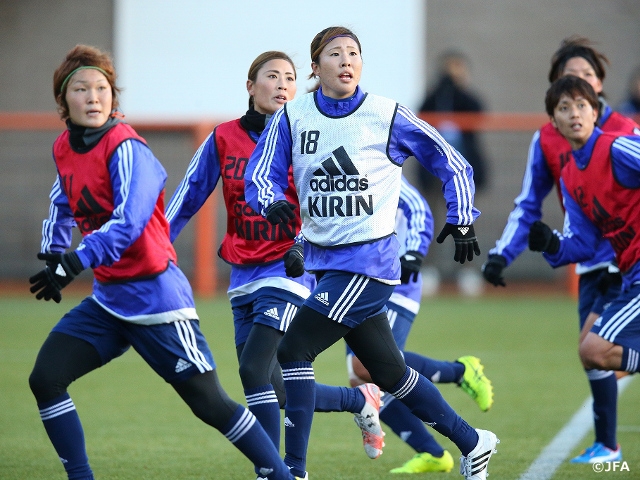 For the match against the Netherlands, they had a 90 minutes game (45min.×2) and both teams could make as many substitutions as they wanted. Both teams changed the players for the 2nd half and all of Nadeshiko Japan’s players had a chance to get on the pitch.

For those who have played in the last part of the domestic league in Japan, it had been a while since they played against foreign players who are taller than them, and different in both rhythm of play and fitness. The team could gradually get the rhythm of their play and could carry the ball up to shooting opportunities.

The team’s Coach SASAKI reviewed the match with a positive attitude, stating issues and any other findings found in the match. "This is just a current status of the team. We would like to improve our quality for the match in 3 days."

The team will have an official international friendly match against Netherlands Women’s National Team at Stadium FC Volendam. The match will kickoff at 4:30pm which is 0:30am in Japan. 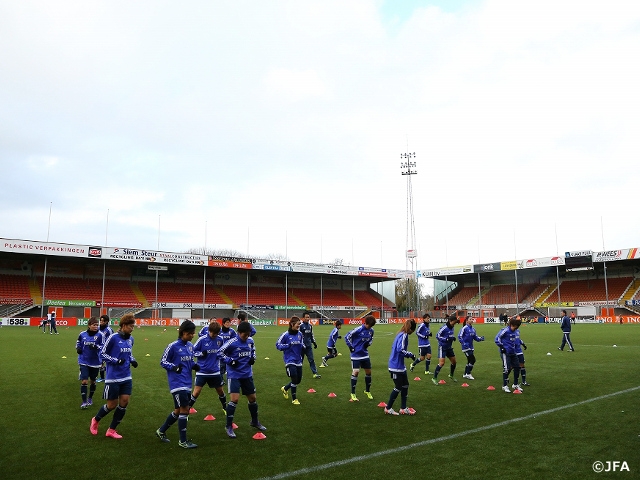 SASAKI Norio, Coach
In the practice match against Netherlands Women’s National Team, we could take 70% of ball control and we had many scoring chances. However, we were lacking in our shot accuracy and we couldn’t make a good result in the end. I still appreciate the players for showing positive plays while they have had only a short time to prepare. We will review ourselves and improve our quality for the international friendly in 3 days.

DF #7  KAWAMURA Yuri (Vegalta Sendai Ladies)
I feel it is important for us to get familiar with the situation as soon as possible regardless of differences in environment and players’ level. The artificial turf of the stadium made the ball move faster, and how it bounced and moved was different. It might be due to the rain, but I want to control the ball well on this pitch. I want to absorb many things from other squad teammates and get ready well for the match.

FW #9  SUGASAWA Yuika (JEF United Ichihara Chiba Ladies)
In the practice match against Netherlands, I needed time to get used to their longer legs that gives them extra reach and power but in the end we could make scoring chances. However, we had issues due to missing the chances so we want to improve our accuracy in the next match.

FW #20  YOKOYAMA Kumi (AC Nagano Parceiro Ladies)
In this camp, I want to challenge as much as possible to see how much I can make use of my advantages. I will get something different from what I got in the previous camp of Nadeshiko Japan. When I get any chance to play in the next match, I will show my ability sticking to scoring.

FW #21  TANAKA Mina (Nippon TV Beleza)
Since I have spent time in such a high level environment, I can learn particularly in defence. For example, when I chase the ball, I have to pay more attention to the other teammates than how I do in my local team. We have only a couple of days, but as a forward player, I want to show my advantages by scoring in the next match. 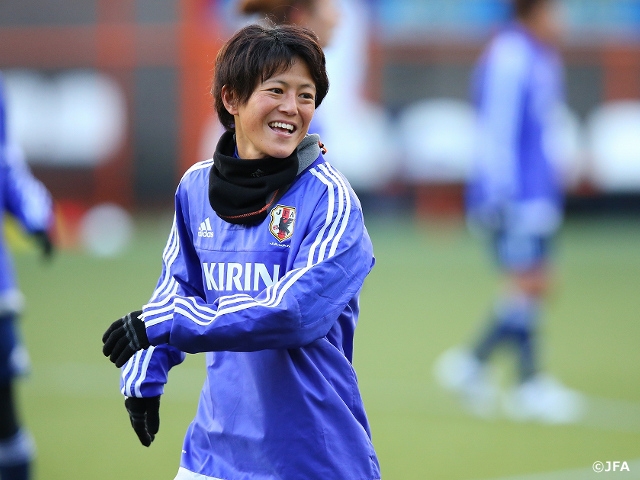