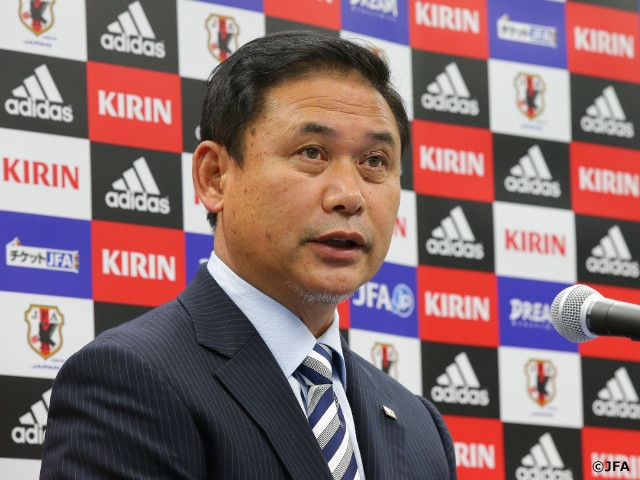 SASAKI Norio, Coach
We selected this roster with our goal being winning the spot in the Olympics through the qualifiers to be held in Osaka next February and carry over the result to the campaign later on. There are some players who are not internationally well-experienced, but they are the players who played through tough battles in their league. After analysing this season, we decided on this roster. Ideally, we want these young players to get better and be ready to play in the next era. As a preparation process for next year, this trip is important, and it is also important as to considering the make-up of the future roster. I want players to show as much as what they have now.