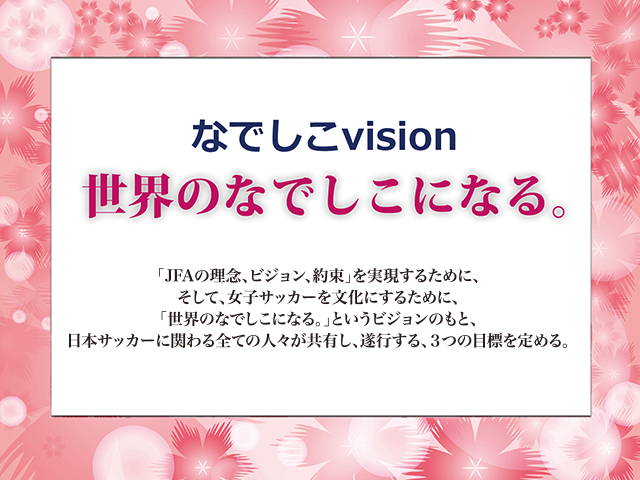 The Japan Football Association announced the improved edition of the Nadeshiko vision on Friday 16 October.

The first “Nadeshiko vision” was drawn up in 2007 in order to develop women’s football. Japan ranked 11th in the FIFA World Ranking back then. Under the theme of “becoming the world’s Nadeshiko”, the declaration included making football a major sport for Japanese women and moving Nadeshiko into the world’s top five, as well as nurturing individuals, who can compete internationally.

As these aims were set with a 2015 target, all the activities since 2007 were reviewed and the “Nadeshiko vision” was updated this time. 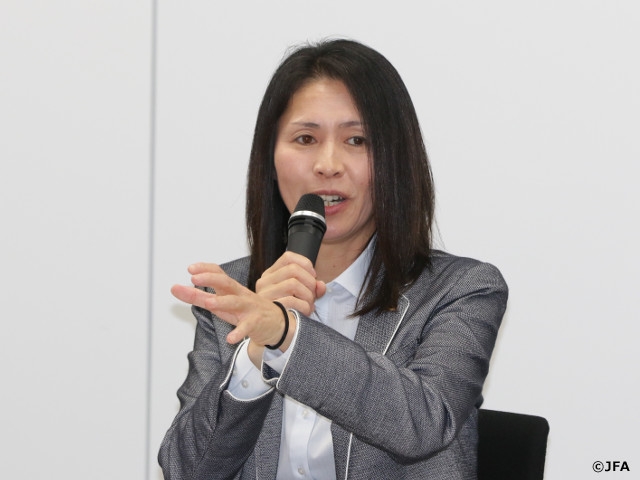 NODA Akemi, the Women's Committee Chairman of the Japan Football Association, commented: “we increased our target based on FIFA’s vision – that the number of women players makes up 10 % of the total. The number of U-15 players decreased, which we saw as a problem to be fixed. We also want to develop football as something fun.” Women coaches as well as facilities will be improved, so that football is brought closer to women's hearts and becomes a lifetime sport.

Nadeshiko Japan won the FIFA Women's World Cup in 2011, and have reached the final in three consecutive international championships. As each age-categorised team has also achieved good results, it is safe to say that the aim of “becoming a world top-level team” has been accomplished. The next aims are to sustain their level as top world-class teams, and to claim the title in the 2020 Summer Olympics in Tokyo, as well as in the FIFA Women's World Cup in 2023, which Japan is eager to host.

The updated vision still includes nurturing internationally competitive individuals as one of the aims. The national training centre as well as the academies will become more systematic to discover and develop players.

Many things will be needed to develop women’s football: various activities to introduce women’s football; preparing an environment for the U-12, U-15 or older, who are interested in football at an early age; and also nurturing a system for even higher-level players.

The next step is to prepare a road map for implementing the aims of the updated Nadeshiko vision.