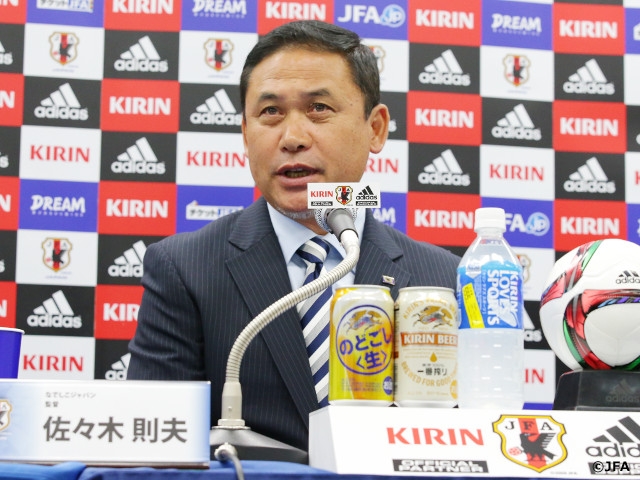 Japan Football Association has renewed the contract of SASAKI Norio as the coach of the Japan Women’s National Team. Sasaki has coached Nadeshiko Japan since 2008 and the team has made series of good results in their official international matches: 4th place at the Olympic Games 2008 in Beijing, Champion of the FIFA Women’s World Cup Germany 2011, Silver medal at the Olympic Games 2012 in London, First victory in the AFC Women's Asian Cup Vietnam 2014, and 2nd place at the FIFA Women’s World Cup Canada 2015.

Record/Major Titles (As the Coach of Nadeshiko Japan)