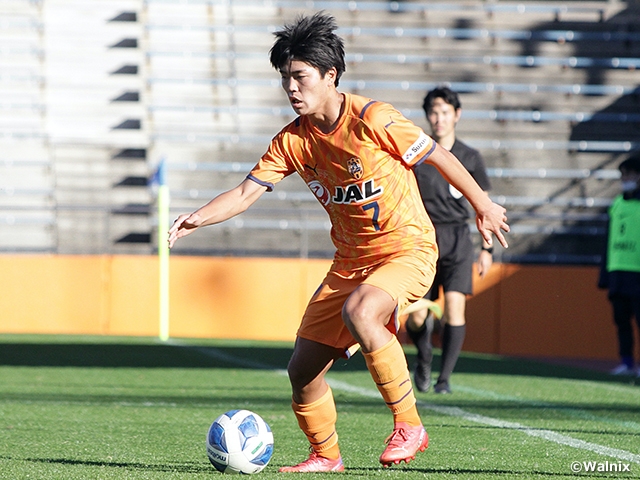 Seventh place Yokohama FC Youth (Kanagawa) will welcome the league leaders Aomori Yamada High School (Aomori) to their home. Despite taking the lead with the goal of HARA Daiki (#9), Yokohama FC conceded three goals to drop their match last week. Four of their six wins this season have come by a score of 1-0, so their key to victory will depend on whether or not they can stop the attack of Aomori Yamada, who has scored the second most goals in the league.

For second place Shimizu S-Pulse Youth (Shizuoka) this week’s match against Ryutsu Keizai University Kashiwa High School (Chiba) is a match they cannot afford to lose. In order for Shimizu to win the title, they must win the match while Aomori tie or lose their match. Facing an opponent they have won 2-1 in the first leg, they will seek to replicate the outcome to keep their title hopes alive.

Although Urawa Red Diamonds Youth’s (Saitama) relegation to the Prince League was already determined after their loss from last week, they will try to finish the season on a high note when they face ninth place Funabashi Municipal High School (Chiba) this week. We will see if their captain ONO Kakeru (#6) can lead the team to victory at home. 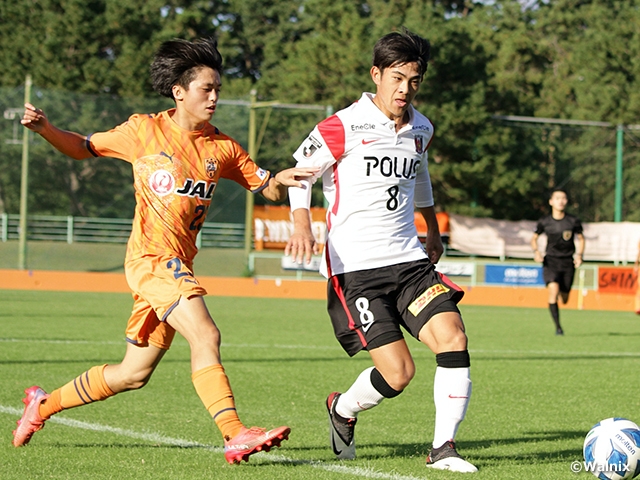 FC Tokyo U-18 (Tokyo) will welcome Omiya Ardija U18 (Saitama) to their home. After being held off to zero shots by Aomori Yamada last week, the Tokyo side will try to create opportunities in the final third. KATO Daichi (#17), who has registered the most minutes in the team, will try to bring life to their offence.

Jubilo Iwata U-18 (Shizuoka) is set face Ozu High School (Kumamoto). Although Iwata had struggled to score goals in the second half of the season, the team registered multiple goals for the first time in nine matches last week, showing signs of improvement. The fact that TUJI Hayato (#18), who had been injured throughout the season, scored his first goal of the season gave the team a huge boost to their moral. It will be interesting to see if their offence can find ways to score against Ozu, who have conceded the fewest goals in the league. 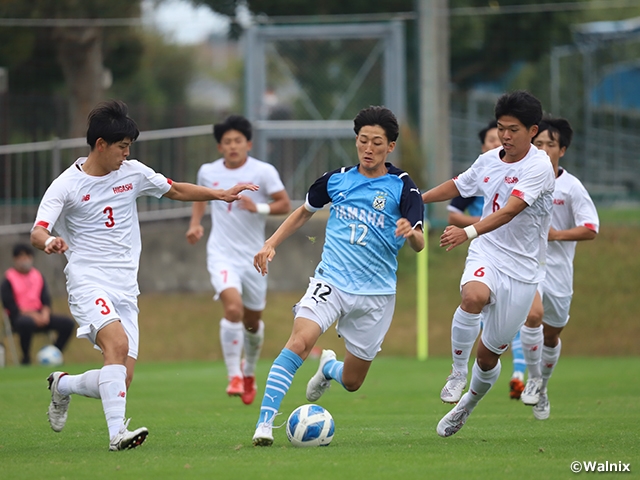 Kyoto Sanga FC U-18 (Kyoto) have been relegated to the Prince League Kansai following last week’s loss. The team have been conceding the opening goal in back to back matches, so their fate will depend on whether or not they can take the initiative from the early minutes of the match. TOYAMA Haruki (#7) will try to lead the team so that they can finish off the season on a high note when they face Gamba Osaka Youth (Osaka) at home.

Despite their struggles in the first half of the season, Vissel Kobe U-18 (Hyogo) have found their form as of late, scoring six goals in the last three matches where they marked two wins and a draw. Out of the six goals, NISHINA Seiya (#8) was involved in three goals to lead their offence. They will seek to ride the momentum and cap off the season with a four game undefeated streak when they face Higashi Fukuoka High School (Fukuoka) this week.

Cerezo Osaka U-18 (Osaka) will welcome Sagan Tosu U-18 (Saga) to their home. Cerezo Osaka had scored multiple goals in all of their matches in November but were kept scoreless against Sanfrecce Hiroshima F.C Youth (Hiroshima) last week. In order to showcase their great form, the team will try to end the season with a big haul. 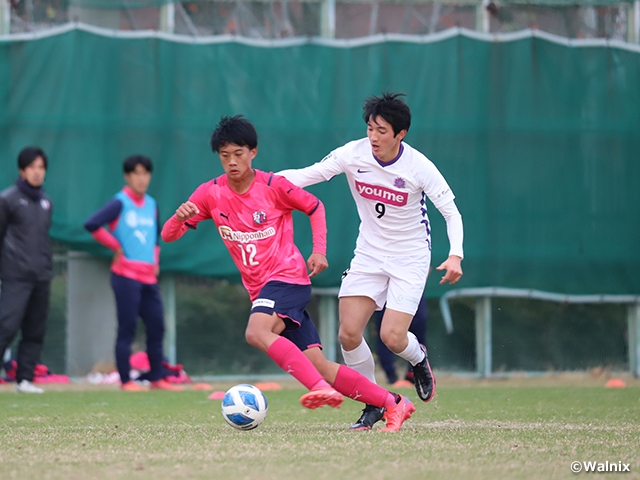