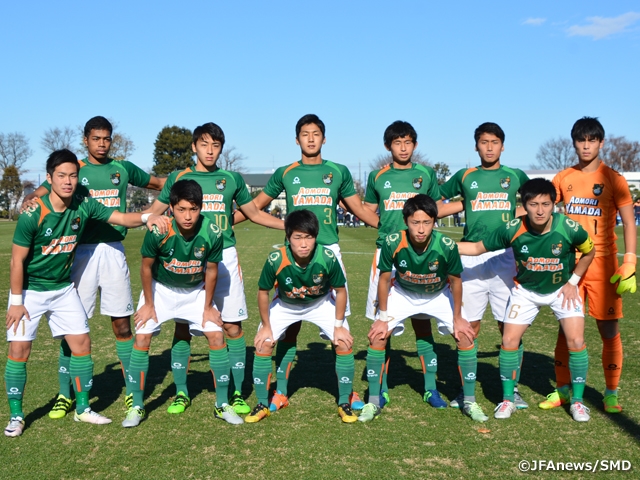 Aomori Yamada High School (Aomori) will participate as the champions of the eastern Japan. The team stayed competitive against F.C. Tokyo U-18 (Tokyo) and Omiya Ardija Youth (Saitama) for the title, beating F.C. Tokyo on the final matchday to book a place in the Championship.

The team’s strength is solid defence, which is led by goalkeeper HIROSUE Riku and two centre backs, HASHIMOTO Kyosuke and OSANAI Shinichiro. They only conceded multiple goals in 3 out of 18 games this season. They kept a clean sheet to win both the penultimate and final games, when they were contenting for a closely-contested title, showcasing their tenacity and their relentless pursuit towards winning the important matches. Even when the opponents created scoring chances from the flanks, they stayed focused in front of the goal and denied them from scoring.

Looking at the offensive side of their game, TAKAHASHI Issei led the team just like the previous year. He not only initiated and built up attacks from the centre, but also ran from the second line, threatening the opponents’ goal. They also have talented attackers, including swift-footed NARUMI Akito and powerful SASAKI Kai. Furthermore, midfielder DANZAKI Riku, who is in his first year of high school, has also been performing well in the past few matches, adding depth to an already potent offence.

The players were told by coach KURODA Go to perform ‘with the highest motivation ever’, when they won the final game of the season and achieved their aim – winning the EAST. However, the team refreshed themselves soon after to prepare for the next game, just as HIROSUE Riku commented: ‘without winning the next match, the title of the EAST doesn’t mean much’. Coach KURODA also expressed his goal: ‘since the Championship draws much attention from across the country, we definitely do not want to perform without passion. We’d like to display our ability as a team from Tohoku to the entire country.’

Sanfrecce Hiroshima FC Youth (Hiroshima), who aim to win the championship for the third time since 2012, will participate from the WEST. Coach SAWADA Kentaro has been asking the players to perform aggressively. The team worked on football essentials, including speed in switching between attack and defence, strength in pressuring the opponents in possession of the ball, and competitiveness on the ball, in order to win games from the beginning of the season. YAMANE Towa, who became joint-top scorer with 12 goals this season, and MITSUTA Makoto, posing additional threat in attack, led the team to score 2.22 goals on average. Clearly, they have one of the most potent offences in the league. On Matchday 17, Hiroshima beat Kobe Koryo Gakuen High School (Hyogo) and clinched the title of WEST, leaving them the final game simply to be played without consequences. They dominated the league and performed solidly throughout the season. 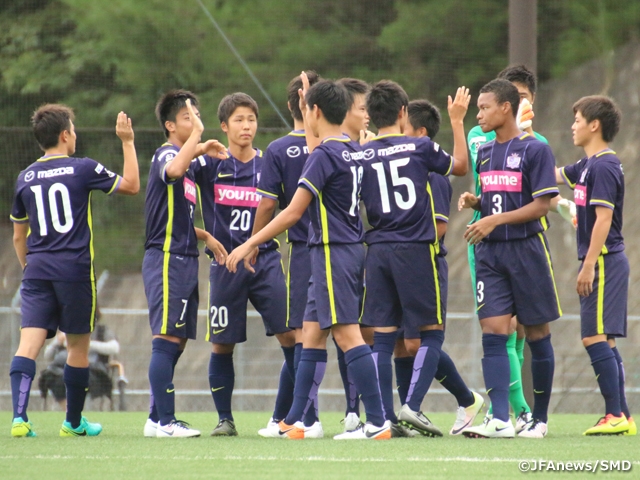 When Hiroshima met second-placed Cerezo Osaka U-18 (Osaka) on the final matchday, the coach of Hiroshima, Sawada, noted: ‘it was an vital game for us in preparation for the Championship and we were eager to perform well’. However, they only took one shot in the first half and lost the game 0-1. It was their first match in the Premier League this season, in which they could not score. The players seemed to be disappointed after the game, as they could not finish the league with a victory. Looking at the positive side, it meant that they found tasks to be improved prior to a big match against Aomori Yamada. 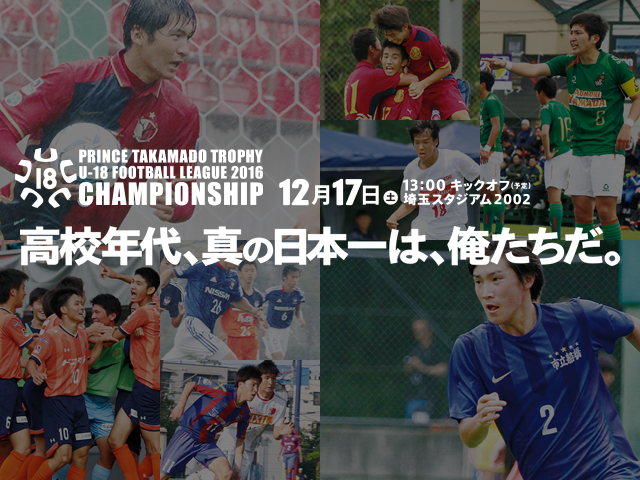