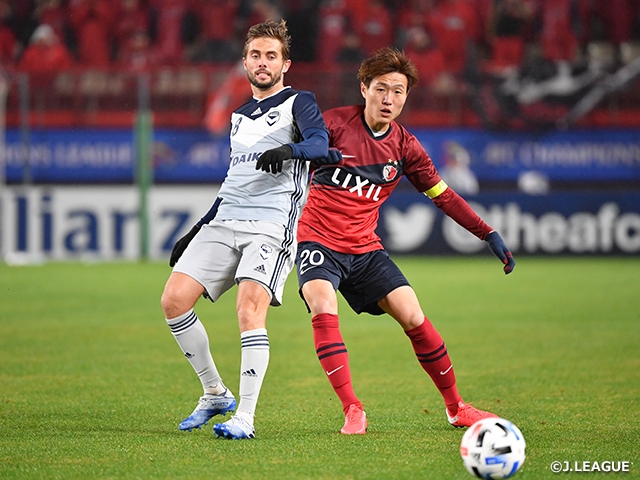 The AFC Champions League (ACL) 2020 play-offs took place on Tuesday 28 January, where FC Tokyo, who finished as the runners-up of J.League last season, earned their spot into the main tournament by winning over Ceres–Negros FC (Philippines) 2-0. However, J.League’s third place finisher Kashima Antlers was eliminated from the ACL after losing 0-1 against Melbourne Victory (Australia) at home.

Kashima fail to convert their chances

With the team coming off the Emperor's Cup final played on New Year’s Day, Kashima’s core players did not join the team until 16 January, while the players who attended the AFC U‑23 Championship were not available until 22 January. Despite the team starting off a new regime under coach ZAGO, the team entered the ACL play-offs in a rough condition.

In a match played under heavy rain and strong wind, Kashima started six of their newly added players, including NARA Tatsuki and IZUMI Ryuji. The players tested the waters in the early minutes, but gradually picked up their pace. With the match entering midway through the first half, Kashima started to effectively utilise the width of the field, as Juan ALANO and HIROSE Rikuto penetrated the right side to create opportunities.

With the A-League in midst of their season, Melbourne showcased great form, as they applied aggressive pressure from their five-man defence. However, the Australian side lacked creativity in offence, as their only opportunity came in the 38th minute, when Jakob POULSEN struck a shot from distance to threaten the Kashima goal.

Despite their silence in the first half, it was Melbourne who struck the opener in the early minutes of the second half. In the 55th minute, the ball was connected through Leigh BROXHAM and Kenjok ATHIU, before Andrew NABBOUT struck a left footed shot from outside the box. The shot took a deflection off a Kashima defender and found the back of the net, giving Melbourne the lead.

Now trailing by a goal, Kashima increased their offensive pressure, as Izumi and EVERALDO made efforts to equalise the match. Attackers SHIRASAKI Ryohei and ITO Sho were introduced to the match in the 72nd and 77th minute respectively. 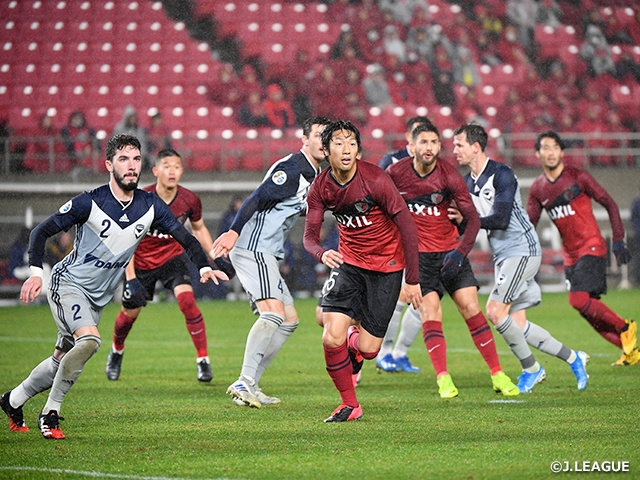 In the 78th minute, Ito made a sliding effort to connect with a cross delivered by Hirose but failed to convert the opportunity. Alano struck a shot from close range in the 82nd minute, followed by an attempt made by DOI Shoma in the 82nd minute, but both efforts were blocked by the Melbourne goalkeeper Lawrence THOMAS.

Although Kashima out-numbered Melbourne 17-6 in shots taken, the match ended with a final score of 0-1, eliminating the 2018 ACL champions from the competition. This was the first time a Japanese club was eliminated at the ACL play-offs.

FC Tokyo score two goals in the second half

In a match played under torrential rain at Ajinomoto Stadium, FC Tokyo welcomed the PFL champions Ceres–Negros to their home stadium, where the home side took away the victory with two goals scored in the second half.

After entering halftime scoreless, FC Tokyo managed to score the opener in the 48th minute, when the ball was connected through ADAILTON and ABE Shuto, before setting up the shot taken by MUROYA Sei that shook the net.

FC Tokyo added an insurance goal in the 89th minute, when Adailton struck a spectacular shot over the head of the opposing goalkeeper. With this win, FC Tokyo have earned their first spot into the ACL since 2016. 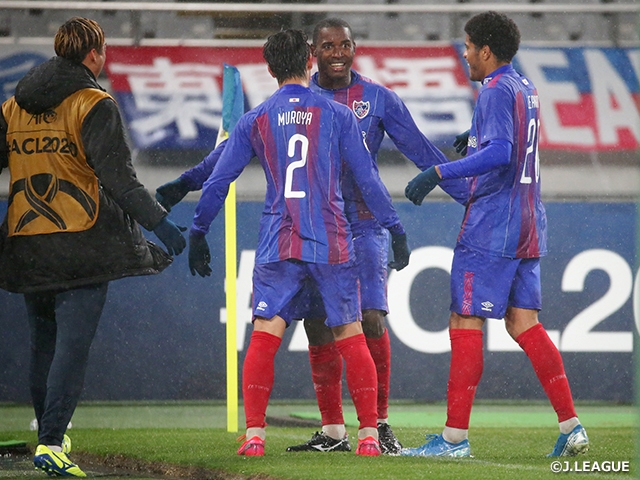 In the West division, Al Ain (UAE) played in a play-off match against Bunyodkor (Uzbekistan) on Tuesday 28, where they won the home match 1-0. SHIOTANI Tsukasa played the entire match to help his side earn their spot into the main tournament, where they will compete against Sepahan (Iran), Al-Sadd (Qatar), and Al-Nassr (Saudi Arabia) in Group D.

The group stage will be played until Wednesday 6 May, where the top two teams from each group will advance to the knockout stage.

ZAGO, Coach (Kashima Antlers)
I am very disappointed that we were eliminated from this important tournament. We had total control over the match, as we out-shot our opponent 17 to 6, while we had over 75% of the ball possession. However, we cannot win a match without scoring a goal. It has been two weeks since we started as a new team, and our players made great efforts to execute our game plan, but with the tough fitness condition, we were not able to get ourselves in sync, both mentally and physically in this match. There were many plays we would normally execute without any problems, but we lacked the fitness to execute those plays today. This is a very disappointing result, but I am proud of the intention showcased by our players. We hope to build a strong team from here.

MF MISAO Kento (Kashima Antlers)
I feel very sorry for this result, and I am also very disappointed with my own performance. We played poorly and end result was bad. This was a match we couldn’t afford to lose, so we have no excuse for this result. We had plenty of opportunities but couldn’t execute. We also had to keep a clean sheet but failed to do that as well. We must acknowledge this result and make the most of this experience to build a stronger team that can win titles.

MF DOI Shoma (Kashima Antlers)
Even if we have full control over the ball possession, we can still lose the match if we are caught off guards. This is a result of us lacking concentration. Although we had limited time to prepare for this match, that cannot be used as an excuse, because this is a club that must win under any given circumstances. This loss really hearts. I am feeling very regretful at this moment.

Carlos SALVACHUA, Coach (Melbourne Victory)
We are very happy that we were able to earn an away victory at the ACL. We had to fight through four matches in 10 days, and knowing we had to play against an organised team like Kashima, we had to keep our plays compact and decided to employ a five-back formation against them. As a result, we were able to earn ourselves a wonderful opportunity, and our dream will continue on.