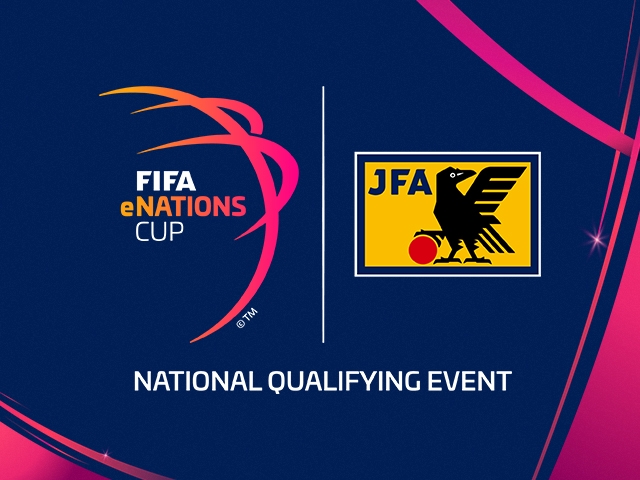 Ahead of this May’s "FIFA eNations Cup 2020," where 24 countries will compete for the world title, the Japan Football Association (JFA) announced the details of the Japanese qualifier.

Game title to be used

PlayStation®4 Division/Xbox One Division: 1 vs 1

8 players to be announced in late February
*The inaugural FIFA eNations Cup was held last year where 20 countries competed for the title. Japan will make its first appearance this year.

We will send out variety of information related to eFootball, including updates of the eFootball Japan National Team.
@jfa_esoccer