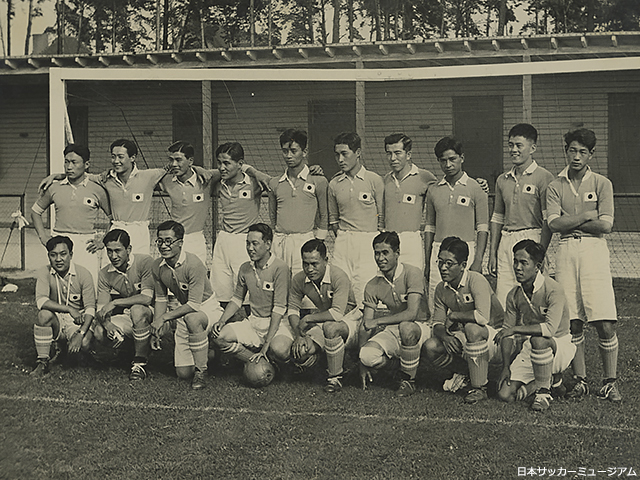 The 11th Olympic Games Berlin (1936) Japan National Team were the first representative side from the country to qualify for the Olympic Games (Football), earning a comeback win against the powerhouse Sweden.

SUZUKI Shigeyoshi’s team was made up largely of players from Waseda University of the Kanto League, and ahead of the Games they underwent a change in formation from two at the back to three, on account of that being the style of choice of the local sides they faced in training games after their arrival in Germany, and squared off against Sweden.

After a difficult start against Sweden which saw them 2-0 down at half time, Japan bounced back in the second period, drawing level and then securing a dramatic win thanks to MATSUNAGA Akira’s 85th minute strike.

The first-ever victory in the Olympics for the Japan National Team and the historic win over one of the powerhouses in the world became later known and crowned as the ‘Miracle of Berlin'.