JP
[an error occurred while processing this directive]
HOME > Respect > NEWS > Having the serenity to accept the things we cannot change - Always have respect Vol.82

Having the serenity to accept the things we cannot change - Always have respect Vol.82 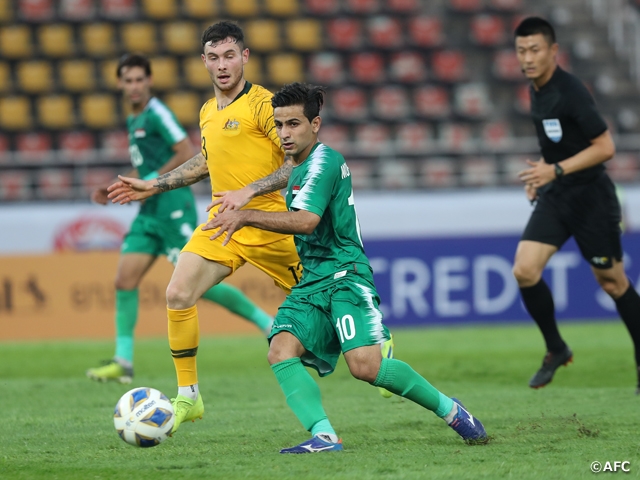 “O God,
give us serenity to accept what cannot be changed,
courage to change what should be changed,
and wisdom to distinguish the one from the other.”

This is a quote from the famous “Serenity Prayer” written by American theologian Reinhold Niebuhr (1892-1971). The prayer was popularised through programmes adapted by Alcoholics Anonymous, and it exemplifies the spirit of “Respect.”

The AFC U-23 Championship Thailand 2020 that took place in January, became the first competition hosted by the Asian Football Confederation (AFC) to implement video assistant referee (VAR) in full.

However, even leaving out of account that the use of VAR has led Japan to concede penalty kicks in three consecutive matches and see their midfielder TANAKA Ao sent off in the third match, the decisions made by VAR in that tournament were controversial to say the least.

There were many incidents that made me think of the idiom “make a mountain out of a molehill,” and one example came during a crucial group stage match between Thailand and Iraq.

The scene came in the second minute, when Thailand won the ball in a goal-mouth scramble following a corner kick and struck a shot. With the attempt missing wide of the target, the game resumed with an Iraqi goal kick, but the referee stopped the game moments following this play.

VAR suggested the referee that the ball might have struck a hand of an Iraqi player inside the penalty area during this play. When looking at the replay, the ball headed by a Thai player apparently hit a hand of Iraq’s Najm Shwan Ali Al Quraishi. With the Iraqi player making an attempt to win the ball in the air, his left hand flew up and the ball did hit his hand while he was coming down.

In the Laws of the Game, it clearly states that even in unavoidable cases like this, if the arm is raised up in the air and hits the ball, a handball shall be called and this decision to award a penalty kick is legitimate according to the rules.

However, the decision was made on a play even the Thai players didn’t recognise, and the call was made a minute and a half later from the incident. This scene really made me question whether or not this is a positive ruling for football. A British jounalist later quoted, “It was the right decision, but VAR will kill football.”

Naturally, the Iraqi players furiously protested against the call, but the situation was soon settled by Iraq’s #10, Mohammed Ridha Jalil Mezher Al-Elayawi.

With many of his teammates trying to walk up to the referee, he spread his arms to stop them and told them to return to their positions. His words allowed the Iraqi players to regain their calmness and make their way back to their positions.

What surprised me was that Mohammed Ridha was the youngest player on this Iraqi team, and he was only 19 years old at the time of this match. He had been the central piece of the Iraqi team during the FIFA U-17 World Cup India 2017, and it is not an understatement to say that he is a very experienced player at the international stage.

Not limited to situations involving VAR, but in football, there is no benefit to argue with the referee. Especially when the play was reviewed by numbers of qualified VAR officials in many different angles.

Even if it seemed like it was “making a mountain out of a molehill,” the decision made by VAR will not be overturned. Instead of wasting time to argue the call, Mohammed Ridha figured that it is far more beneficial for the team to trust their goalkeeper and focus on the remainder of the match.

The “Serenity Prayer” listed at the beginning of this column is a Christian prayer, but there might be similar prayers or sayings in Islam or Islamic society. Mohammed Ridha is a respectful young player who has great “serenity,” “courage,” and “wisdom.”

HOME Respect NEWS Having the serenity to accept the things we cannot change - Always have respect Vol.82