JP
[an error occurred while processing this directive]
HOME > Respect > NEWS > Urawa was not a “Loser” - Always have respect Vol.81

Urawa was not a “Loser” - Always have respect Vol.81 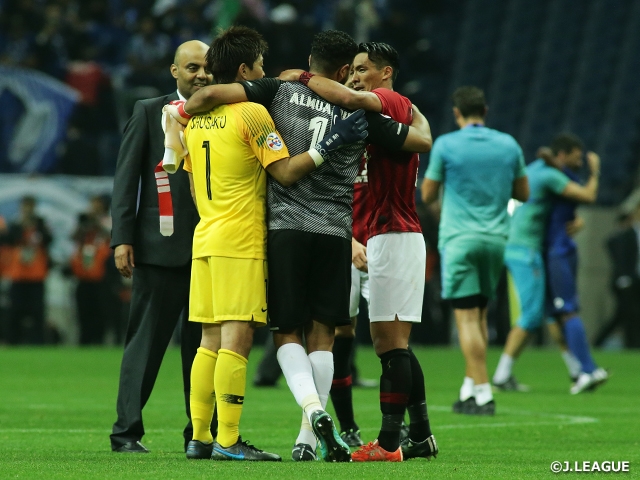 It feels like Japanese football had a bittersweet year at the Asian competitions in 2019.

Urawa lost the first leg 0-1 in Riyadh, followed by a 0-2 loss at home. They struggled to create major opportunities and left an impression of a complete defeat. However, I felt proud of the team after observing the players’ demeanours after the match.

Their attitude made me recall an unforgettable scene from 12 years ago. It came from the second leg of the 2007 ACL final between Urawa and Sepahan of Iran. Following their 1-1 draw in Tehran, Urawa managed to win 2-0 at home to claim the title in their first ACL appearance.

Nearly 60,000 supporters at Saitama Stadium 2002 rejoiced over the victory and with golden confetti flying all over the place, the crowd erupted when Urawa’s captain SUZUKI Keita lifted the trophy towards the supporters.

I have never encountered “Losers” with such dignified demeanours, before or since. In fact, the word “Losers” did not suit them well. The word “Finalists” was better suited for them.

It goes without saying that the players of Sepahan were feeling disappointed with the result. However, they accepted the result in a dignified manner after giving their utmost efforts on the field. It can be said that their “Self-respect” has led them to such wonderful demeanours.

However, after being commended as the runners-up, led by the officials of Asian Football Confederation (AFC), the Japanese players returned to their locker room before the award presentation started for Qatar.

This was also seen at the 2018 World Cup held in Russia, where the FIFA officials guided the Croatian players back to their locker room after they were commended as the runners-up. I was sure that the Croatian players would have shown great demeanours regardless of the result.

Despite the recent trend at these international competitions, the players of Urawa remained on the pitch to observe Al Hilal’s award presentation at the ACL final last November. When the captain of Al Hilal lifted the Trophy, players like MAKINO Tomoaki, KASHIWAGI Yosuke and FABRICIO were seen applauding the winning team. Other Urawa players were also seen holding their head up high with their runners-up medals on their chest. Their demeanours showed that they were not “Losers,” but rather a gracious “Finalists.”

Along with the FIFA World Cup, the UEFA Champions League is now considered as one of the most prestigious tournaments of the world. But even in such prestigious tournament, we often see players taking off their runners-up medals soon after receiving them, showing that even the top players of the world may display childish behaviours under disappointment and disbelief of their loss.

When the game is over, the players must accept the result with dignity and praise the winning side. That sense of “Self-respect” will become the biggest driving force towards the future. If you cannot accept the result laying in front of you, there will be no future victories.

HOME Respect NEWS Urawa was not a “Loser” - Always have respect Vol.81