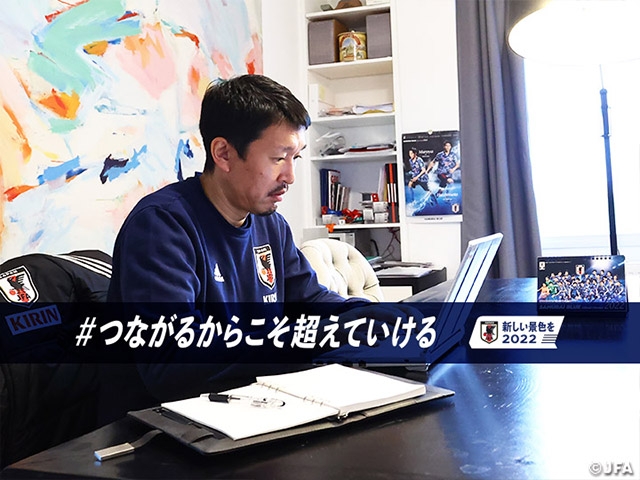 Base camps are a crucial element when competing in the FIFA World Cup™. How does the SAMURAI BLUE (Japan National Team) select their campsites? We spoke to TSUMURA Naoki, JFA Europe Office Director, who has been in charge of team administration since joining JFA in 2007 and currently works at the JFA Europe Office in Dusseldorf, Germany, about the selection of campsites for the 2014 FIFA World Cup Brazil™ and 2018 FIFA World Cup Russia™.

――Tell us about the selection process for the campsite used in the 2014 FIFA World Cup Brazil™.

TSUMURA The top priority was to have the accommodation and the training ground on one site. We wanted to reduce the burden of travel and to allow the players to prepare and train at their own pace. If this was not an option, we prioritised the environment of the training ground and chose the closest hotel possible.

――Is this approach something you have learnt from experience?

TSUMURA At the 2010 FIFA World Cup South Africa™, it took only five minutes from the accommodation to the training ground, so there was no stress associated with travelling. Head Coach OKADA Takeshi at the time told us that the environment was favourable, and the idea was to replicate the same conditions for the 2014 FIFA World Cup Brazil™. We insisted on this point because it is better to have accommodation and training ground close by from the perspective of post-match recovery as well.

――Were there any other conditions that you prioritised?

TSUMURA The sheer size of the country presented challenges for the 2014 FIFA World Cup Brazil™. The distance between the campsites and the match venues were great, and the climate varied from venue to venue. In order to ensure a good environment, the campsite had to be selected before the fixtures were determined. Since we would be traveling by plane to the match venues, we also had to take into account the distance from the accommodation to the airport.

――How many campsites did you visit?

TSUMURA There were more than 50 potential sites and I visited about 30 of them. In the end, we narrowed it down to three locations, and after visiting them with Head Coach Alberto ZACCHERONI, we decided on Itu, taking into account the training environment and other factors.

――Were there any unexpected problems or challenges that occurred during your time at the campsite?

TSUMURA Although the campsite wasn’t far from the airport, it took longer than expected because the security staff had to lead the team bus during the transfer. While we were anticipating for a 10 to 15 minute ride to the airport, it actually took about 40 minutes. We then had to play in a location far from our campsite in a hotter climate as a result of the group drawing. Even though we were aware that this was a possibility, it was still extremely difficult. We were informed that certain facility components might not be finished in time, and in the end we had to send personnel from Japan to handle the situation. From this experience I have learned that the phrase "to be completed" should not be trusted. 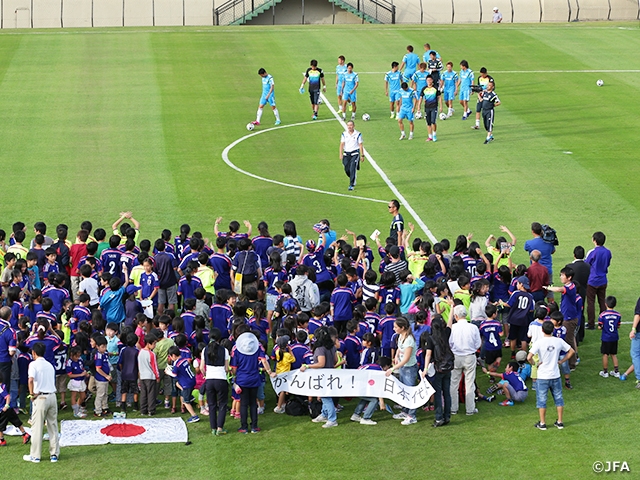 TSUMURA We carefully considered the quality of the facilities during the selection process and selected areas that would be convenient to access regardless of the venue chosen for our matches. I don't know how it was done before I got involved, but since the 2010 FIFA World Cup South Africa™, I've visited so many sites that no other team would have seen so much, and the same goes for the 2018 FIFA World Cup Russia™. The list of FIFA-contracted facilities is constantly being updated. During one of my visits, a FIFA staff member I had met at prior competitions suggested that I take a look at the campsite in Kazan, which I did.

――What was the key factor in your decision to settle on Kazan?

TSUMURA The facility belonged to a club called FC Rubin Kazan and it was well-equipped. The training ground and accommodation were on the same property and the U-19 Japan National Team, who attended the camp as training partners, were able to stay in the same accommodation. There was also a swimming pool and other recovery facilities, which was great.

――Did the coach have any requests when deciding on the campsite in Russia?

TSUMURA The emphasis was on the quality of the facility. Vahid HALILHODZIC was the head coach at the time, but physical coach Cyril MOINE visited the sites on behalf of him to make the final decision. 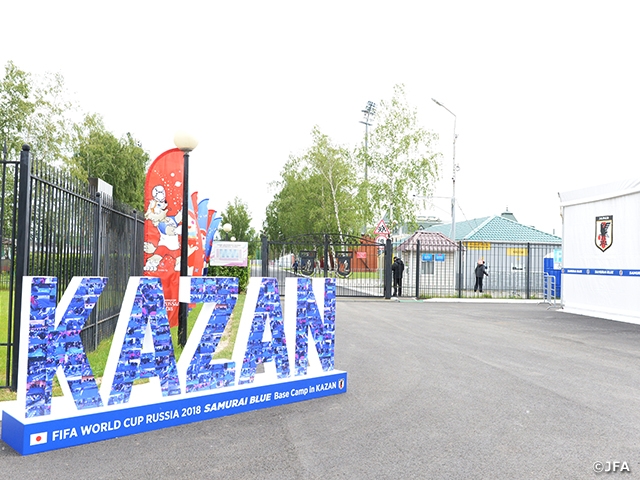 ――From your experience so far, what do you think of the importance of campsite selection?

TSUMURA The team managed to prepare well for the first match of the 2018 FIFA World Cup Russia™ and got good results (2-1 win over Colombia). The players spend a lot of time at their accommodation and training facilities throughout the competition. Therefore, the quality of the environment and facility is very important. The choice of campsite can have an impact on the team's ability to perform at its best. It is impossible to be perfect, but the players and staff of the SAMURAI BLUE are not afraid to voice their opinions, which allows us to refine our selection process for the next tournament. 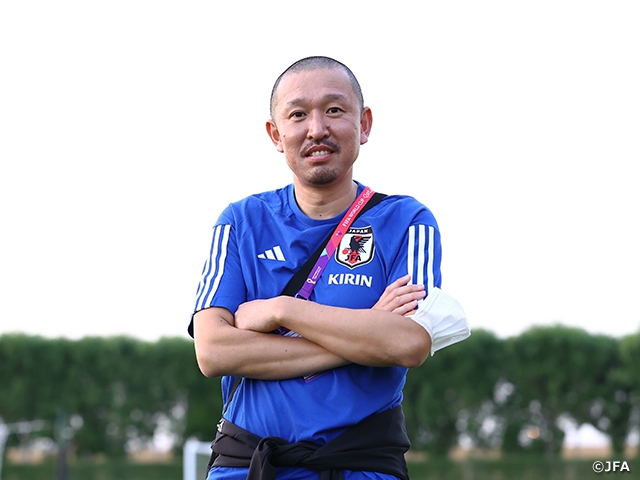