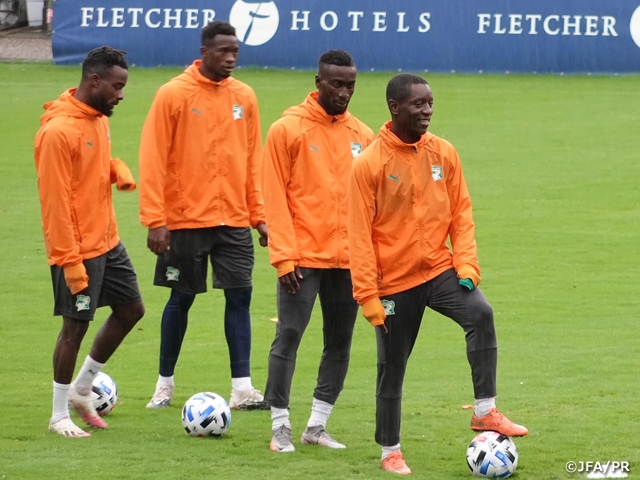 Ahead of the international friendly match, scheduled to take place on Tuesday 13 October against the SAMURAI BLUE (Japan National Team) at Stadion Galgenwaard (Utrecht, Netherlands), the Cote d'Ivoire National Team arrived at Utrecht on Saturday 10. 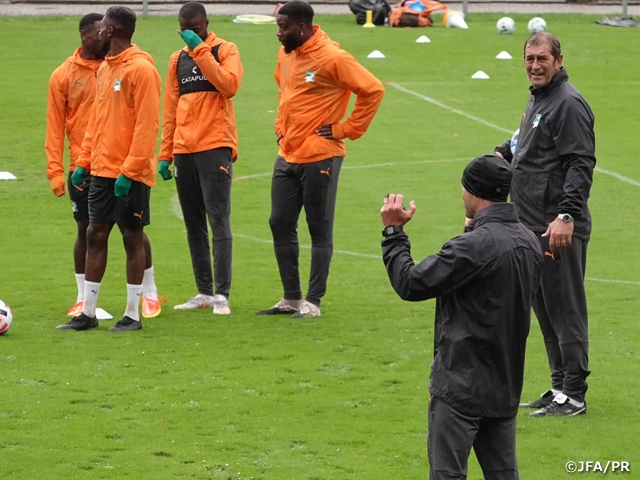 The team arrived at the Netherlands following an international friendly match against the Belgium National Team on Thursday 8. PCR tests were conducted to all players and staffs upon arrival and the team held a training session following the tests.

The international friendly match between the SAMURAI BLUE and Cote d'Ivoire National Team will kick-off at 23:45 Japan time on Tuesday 13.

Patrice BEAUMELLE (Cote d'Ivoire National Team)
I am looking forward for this match against Japan. For me, this is a rematch with the Japan National Team, since I have faced them as a coach of Zambia National Team, ahead of the 2014 FIFA World Cup Brazil™ at Tampa, USA. Japan was led by coach Alberto ZACCHERONI at the time, and I am extremely excited to face them once again. Japan is a team with great discipline, strategy, and techniques, and I have tremendous respect for them. I can not wait to play them.

Serge AURIER (Tottenham Hotspur)
I am excited for this match against Japan. I remember facing Japan in the first match of the 2014 FIFA World Cup Brazil™. As a young player, it was my first World Cup appearance, so Japan is a special opponent for me. The experience of facing players like Honda and Nagatomo has become good memories. Starting with players like Kubo, Japan has produced so many young talents since, so I am looking forward to facing the improved version of Japan. I hope both teams can showcase high quality performances and make this a productive friendly match for both sides. 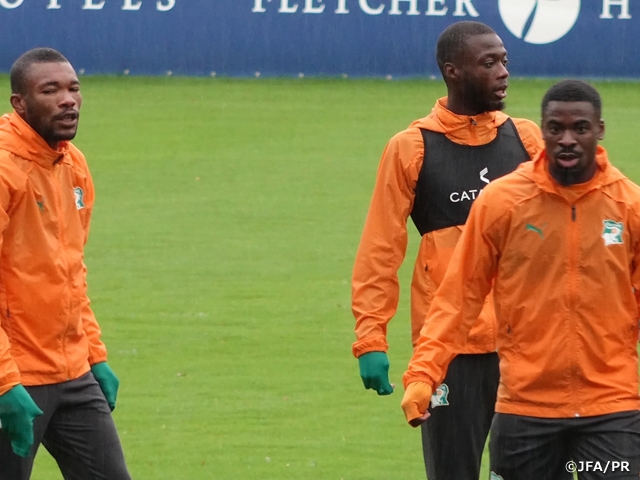