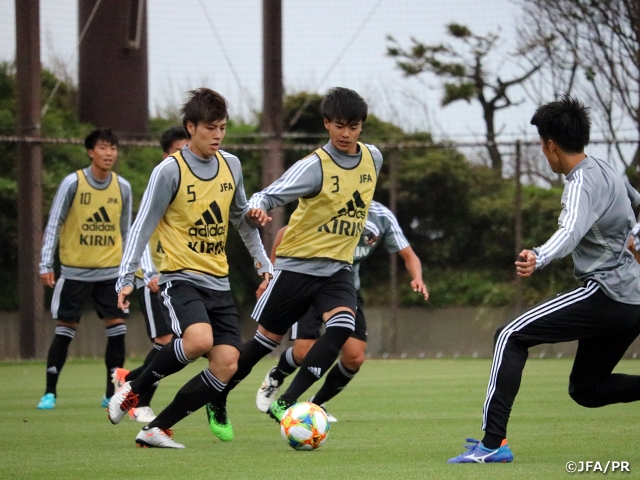 Ahead of the 47th Toulon International Tournament 2019 that will take place in France from Saturday 1 June, the U-22 Japan National Team held their first team activity on Tuesday 28 May.

With the players gathered at a hotel in Chiba, Coach MORIYASU Hajime gave a speech during the team meeting, “At Toulon, you will be given the opportunity to play against the world’s best teams. I want you to showcase your individual strengths and character. While doing so, I want to see if you can fight for your teammates as well.” Acting Coach YOKOUCHI Akinobu followed by sharing the team goals and concepts, as he mentioned, “We will surprise the world at the Tokyo Olympics and the following World Cup.” The meeting concluded with Chairman OGAWA Yoshimi of JFA Referees Committee holding a lecture on the new regulations that will be employed at the Toulon International Tournament.

Following the meeting, the team came out to the training fields to hold their first training session. Under strong wind and slight rain, the players were seen going through their warmup routines to get themselves ready for the session. The team then went through passing and ball control drills to go over their fundamental skills. During the session, Coach Yokouchi was heard yelling, “You cannot compete with this kind of quality, the tournament we’re heading is at a much higher level,” to tense up the atmosphere of the training session. 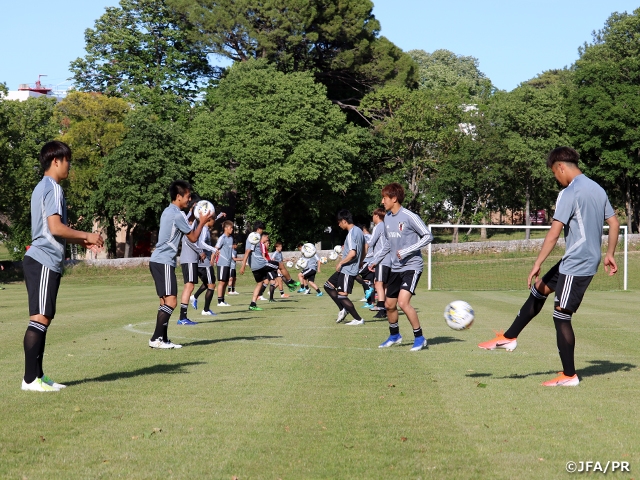 As the session progressed, the team went through shooting and possession drills, before conducting a half-court 10 vs 10 to conclude the session. The team departed Japan after dinner, made their ways to Nice Cote d'Azur Airport, before arriving to their hotel in France. The team was joined by YAMAGUCHI Louis and ITO Tatsuya, who are based in Europe, and held their first training session in the evening. The session was held to get their bodies loosened up after the long travel, as the players were seen taking a light jog and stretching their bodies, before having a little fun with a playful possession drill.

The U-22 Japan National Team will play their first match against the English side on Saturday 1 June. The team will continue to train in the next two days to get their team ready for the big match. 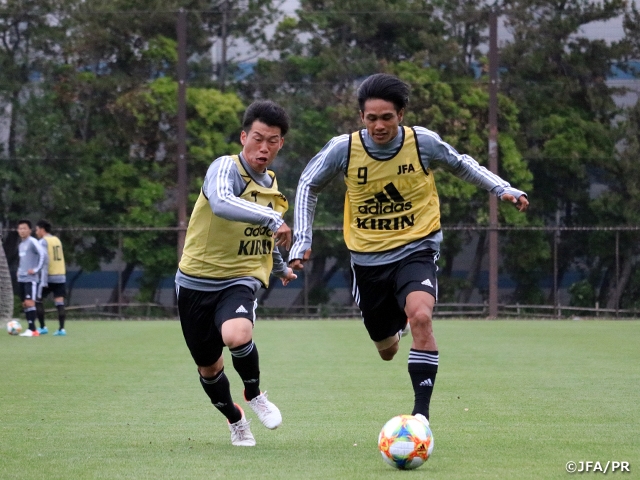 MF #14 SOMA Yuki (Nagoya Grampus)
With this being my first callup to the national team, I am honestly very happy and excited to face strong opponents from all over the world. We have been able to communicate well with each other, so we hope to showcase our unity on the pitch and make a collective effort as a team. As the representative of Japan, we will enter the tournament with the intention to win the title while we enjoy each of the matches.

MF #20 MATSUOKA Daiki (Sagan Tosu)
I was not expecting be selected into this U-22 Japan National Team, so I was very surprised when I got the call-up. Now that I am with the team, I will prepare myself in the best way possible and fight with the responsibility as a member of the national team. Today was our second day as a team, and we have been seeing the older players actively communicating with other teammates to create a positive atmosphere. I will fight with the pride and honour of the Japan National Team and give my utmost efforts to win our matches.

FW #11 HATATE Reo (Juntendo University)
This was my first selection into the national team since the end of last year, and we just completed our second training session as a team. I can sense the tension and commitment from each player, as everyone is trying to make it into the team for the Tokyo Olympics. The sense of competition allows us to showcase our character and the team atmosphere is very positive. We will be facing the English side who is one of the best teams of our generation, so we will prepare ourselves thoroughly within the remaining time to earn a victory in our first match of the tournament.