As part of the international contribution programme, “SPORT FOR TOMORROW” led by the Japanese government, a South America - Japan U-17 Football Exchange Programme will take place in Santiago, Chile from Tuesday19 until Saturday 23 February. During the course of this programme, a football tournament consisting U-17 National Teams from Chile, Paraguay, and Japan will take place.

It will mark the fifth time this programme has taken place, while it will be the second time held in South America.

Each team has arrived in Chile on Monday 18, and held a training session on the following day. After the training session, the participants were invited to join the tournament reception hosted by the Football Federation of Chile.

The reception was held with the support of the Embassy of Japan in Chile, with all players and staffs from the participating teams being invited. Additionally, members of the Embassy of Japan, Chilean Ministry of Sports, Chilean Olympic Committee, Chilean-Japanese Chamber of Commerce and Industry, Japanese Welfare Society, Nikkei Region Valparaiso Corporation, teachers from the local Japanese School, and members of the Embassy of Paraguay were invited as nearly 120 people attended the reception. The Secretary-General of the Football Federation of Chile, along with the Japanese group leader IKEUCHI Yutaka were seen at the event as the venue was filled with great excitement. 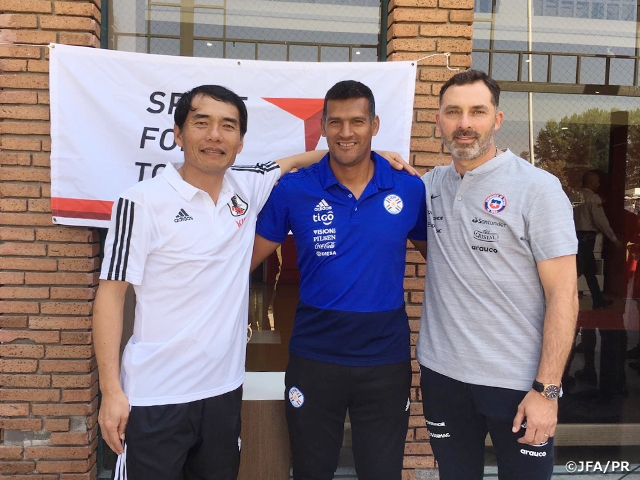 The members of the U-17 Japan National Team and the U-17 Paraguay National Team were warmly greeted by the local people, as the players were seen enjoying themselves by interacting with each other by mixing gestures to communicate. 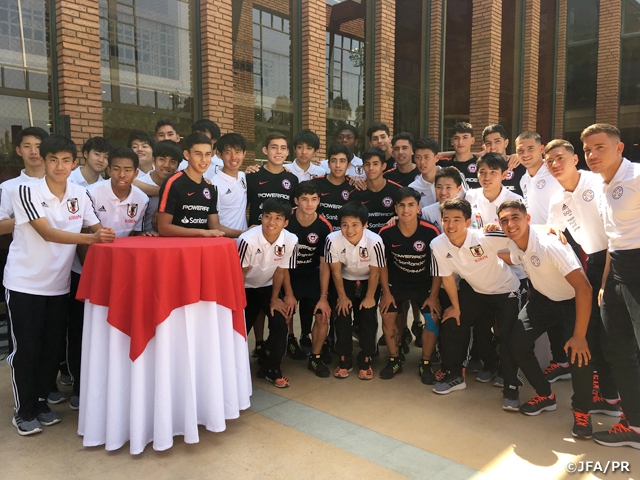 Aldo CORRADOSSI, Secretary-General of the Football Federation of Chile
Ahead of the International Football Exchange Tournament played by the U-17 National Teams from Japan, Chile, and Paraguay, we welcome everybody for coming to Chile. “SPORT FOR TOMORROW” is a wonderful programme with an initiative that aims to achieve a global scale purpose through the sport of football. Through the matches, the young players can improve themselves altogether despite the geographical distance separating them. As a member of the Football Federation of Chile, we thank you for attending this welcome reception. Let’s all celebrate the opening of this tournament.

About “SPORT FOR TOMORROW”

“SPORT FOR TOMORROW” is an international sport contribution initiative led by the Japanese government, which was announced by Prime Minister ABE Shinzo during the IOC Congress in order to promote the bidding activities for the 2020 Olympics and Paralympics in Tokyo. It is aimed to spread the value of ‘SPORT’ to more than 10 million people across all generations in over 100 nations, especially in developing countries, from the year 2014 leading up to the 2020 Olympics in Tokyo.