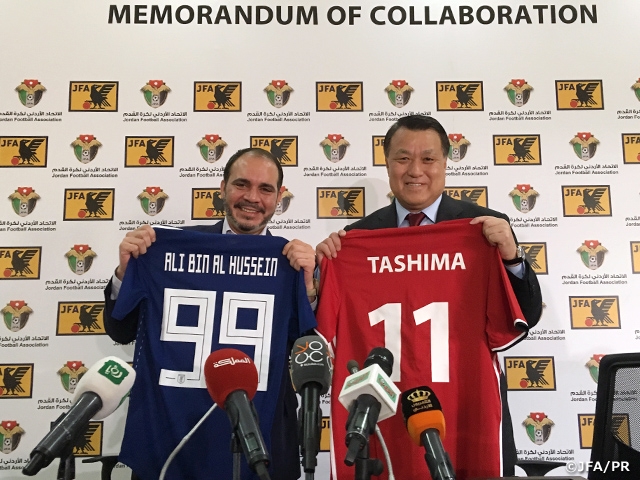 Having visited Jordan FA President, HRH Prince Ali Bin Al Hussein at the headquarters of Jordan FA, Japan FA President TASHIMA Kohzo expressed his appreciation following his congratulations on the success of the AFC Women’s World Cup Jordan 2018 and gratitude for all the support to Nadeshiko Japan who won the Championship. “I am so pleased and honoured to renew our partnership at this perfect occasion as we have been developing our relationship especially in the women’s football since 2012 through two Japanese coaches for Jordan women’s national team and training centre and training camps of both women’s national teams in each other’s countries. Taking this re-signing opportunity, I sincerely hope that we will deepen our relationship much further through various exchanges in other areas in addition to the women’s football. I believe it will be of benefit to the football development in Jordan, Japan, Asia and for the world.” 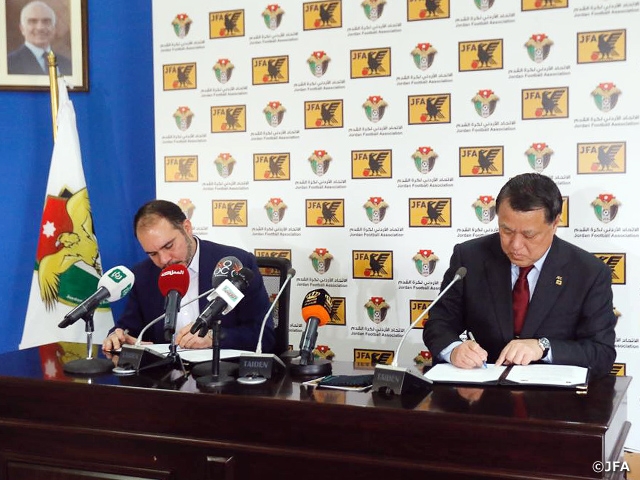 The MoU between Jordan FA and Japan FA aims to cooperate with each other in the following areas: 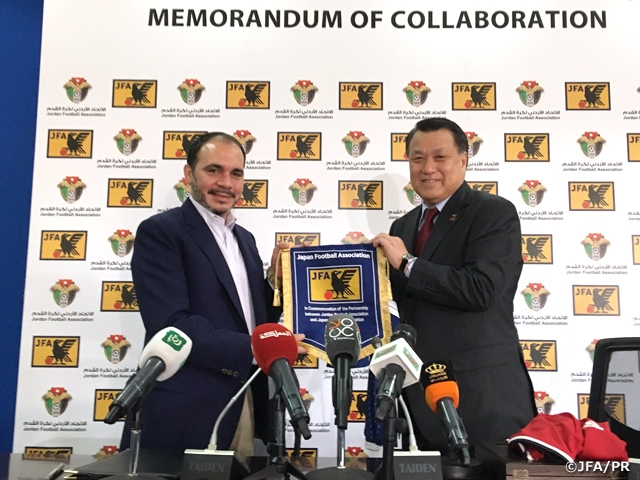 Until today JFA has signed MoU with the following football associations and confederation: