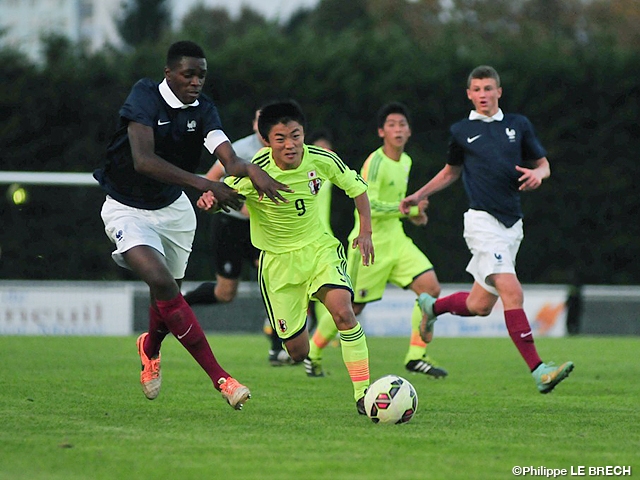 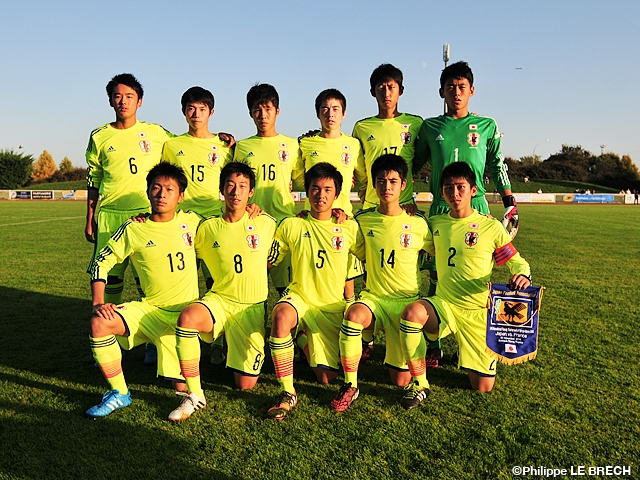 As the Netherlands and Belgium had ended in a draw, France now had a chance to win the tournament with a win over Japan and came with intense pressure and powerful attacks to get the momentum from the kickoff. The Japanese team, meanwhile, came in the game already clinching the fourth place because the other teams had already earned more than four points. Yet they still needed to show some progress during the tournament, so it was a can’t-lose game for the Asian side.

Japan was overwhelmed by the opponents from the kickoff and on 16th minute, they allowed France to take the ball in a melee in front of the box and carry it to the left side. And then BENHAROu Yassine netted it with his left foot to give Frace a 1-0 lead.

But afterwards, the game belonged to Japan and moved the ball with good tempo as the players received it in the spaces between the Franch players. On 23rd minute, SUGIURA sent a pass to MIYAJIMA, and then Miyajima fed a lateral pass to SENBA. Senba directly kicked it into the net to tie the contest.

In the very final play, Sugiura launched a corner kick and IZAWA, who was waiting in the far side, headed it diving into the goal mouth to put Japan head.

The game belonged to Japan even more in the second half, creating so many scoring opportunities. Yet they gave a penalty kick after a counter attack and France made it to equal the match.

It seemed the game would end in a draw, but Sugiura scored with a header after a corner kick in the stoppage time. But France wouldn’t abondon their attacks and netted a ball that was once cleared in front of the goal to again tie it at 3 all. While the three points slipped away from Japan’s hands, France earned a point, plus, they put themveles ahead in the total scores with their final game-equalizer in the end to clinc the championship.

Although they ende up earning just one point in the three games they played, Japan gave tough battles in all of them and were praised that 99JAPAN were the best team from other countries. They should bring their experiences back homa and train so they will be able to develop their levels.

YOSHITAKE Hirofumi, Head Coach
In the complete away mood for us, it was very valuable for this generation’s players against the host France. The pitch condition was good and while France needed to win the championship, it was our primary goal to test what we’ve done this past week against the team who were very serious.

And in the game, after we gave up the first goal, we had more time possessing teh ball and had the momentum. But occasionaly we were a little passive about testing our abilities against the opponents’ physicality and high pressuring, reading our mind. In the second half, as the opponents tried to rob the ball from up front, we weren’t able to proceed the ball shedding the opposing players that are playing man defence, which has been one of our issues. But depending on the time, we could effectively move the ball and create scoring opportunites repeatedly, and that’s something we can give a credit o
to ourselves. But as far as firmly making shots for goals, we still left issues.
One of our side backs became the scoring leader, we won the fair play award, received ``JAPON’’ chants from the crowds and we were told that we were the best team from the tournament organizers, and that’s some of the outcomes of what we’ve done in the last 10 years. As our issues, we have to have the better knacks for feeling chances and dangerous situations, attack the opponents with more momentum, and putting the opponents away from our goal. It is summarized that we need to deepen our understanding of the game more. It was a very good tournament and hopefully we want our players to take advantage of what they learned in their three games for their future football life.

SUGIURA Fumiya（Nagoya Grampus U15）
We’d lost two games in a row coming in this game, so we definitely wanted to take this one. We gave up one first, but rallied back and took a lead within the first half, so I think we ended the first in a good fashion. But then we gave up another on a counter attack after we had a big chance, and in the stoppage time although we retook a lead, we were tied again, so it was a frustrating draw. The opponents’ defence were playing so shallow and it was good that I was able to receive the ball behind their defensive line with long balls from Ito. I had few occasions to face the goal and take shots, so I would like to increase those situations to get involved in plays right before the goal. We played such great atmosphere throught the tournament. We also experiened physicalities and speed that you never feel in Japan in these serious matches. I would like to keep taking efforts based on this experience.

SENBA Taishi（Sanfrecce Hiroshima Junior Youth）
I really enjoyed today, playing a serious match against the France national team in front of a large crowd. Although I managed to score in the first half, I struggled a lot with getting into better positions, and ended up with the opponent constantly pressing. In the second half, I tried to see my opponent’s position before taking my position, so that I could receive the ball facing forward and contribute to the attack. As it’s very difficult to get into the better position with the height difference, I tried to avoid the situation as much as possible. Also I found that certain Japanese advantages, such as ‘speed’ and ‘endurance’, worked in the matches. So I’d like to practice to develop those skills even more. When I’m back in my club team, I’d like to improve myself by getting into position after checking the opponent’s location and by trying to display my leadership.

IZAWA Haruki（Kumamoto Uki/Sorisso Kumamoto）
I felt bad, because I gave away the penalty kick, which let the opponent level the game, when the score was 2-1. Although we built the lead twice and took the initiative, we ended up with a draw due to our own mistakes. We need to improve ourselves to prevent that from happening again. I’d like to be able to choose calmly the best tactic to use by judging the situation or the score difference. As I play ate centre back, I tend to have a numerical advantage against the opponent’s forwards. So I want to judge the situation properly, whether I carry the ball or pass it in order to support someone’s movement. This match was a really good experience for me. 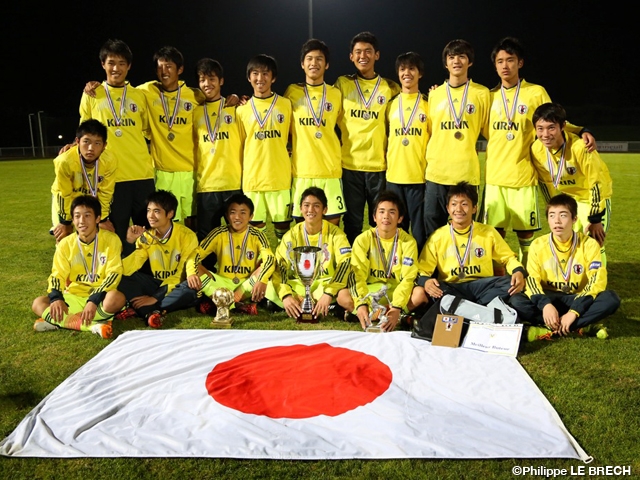