Nadeshiko Japan fly to Vancouver for the final 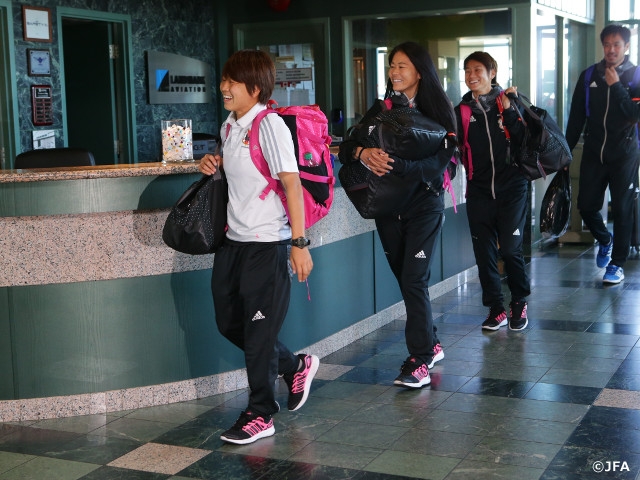 Nadeshiko Japan, who won the semi-final of the 2015 FIFA Women's World Cup in Canada the day before, flew to Vancouver on 2 July, where they will meet America for the final on 5 July (6 July Japan Time).

The team took a charter flight, which was provided by the organising committee of the championship, from Edmonton in the morning on 2 July. After they landed in an area for private jets next to Vancouver International Airport, they transferred to a hotel in the city by bus.

The players had their first and second group-stage matches as well as the first game in the knockout stage (Round 16) in Vancouver. They will play the final here to become back-to-back champions. They seemed to be pleased to be able to come back to this place.

Just after arriving at the hotel from the airport, the players went for a walk and did some stretching to recover. Then each player enjoyed a little free time individually.

Germany is the only country to have won two successive championships in 2003 and in 2007 since the FIFA Women's World Cup started in 1991.

With one more victory to go for Nadeshiko Japan before they can become the second team in history to win consecutive championships, SASAKI Norio, the head coach, commented: “we’d like to prepare ourselves well, while we stay relaxed mentally as well as physically.”

Japan head coach SASAKI Norio noted: “we can play neck and neck with America, but it’s up to whether we can beat them, playing our style.” He also said that they would like to play with a strong spirit and teamwork.

The team will restart their practice sessions from 3 July in preparation for the final against America.

FIFA (Federation Internationale de Football Association) announced the candidates for the championship awards on that day. The captain of Nadeshiko Japan, MIYAMA Aya (Okayama Yunogo Belle), and defender ARIYOSHI Saori (Nippon TV Beleza) were nominated for the Golden Ball, which is for the most valuable player. Japan goalkeeper KAIHORI Ayumi (INAC Kobe) was also nominated for the Golden Glove Award, which is for the best goalkeeper. In the previous championship in 2011, in which Japan won the title, midfielder SAWA Homare (INAC Kobe) took home the award.

There are eight candidates for the Golden Ball. Three U.S. players, including defender Julie JOHNSTON, midfielders Carli LLOYD and Megan RAPINOE, and France midfielder Armandine HENRY were also nominated. There are three candidates for the Golden Glove Award. Apart from Kaihori, United Sates goalkeeper Hope SOLO and Germany goalkeeper Nadine ANGERER were nominated. All the winners will be announced after the final on 5 July. 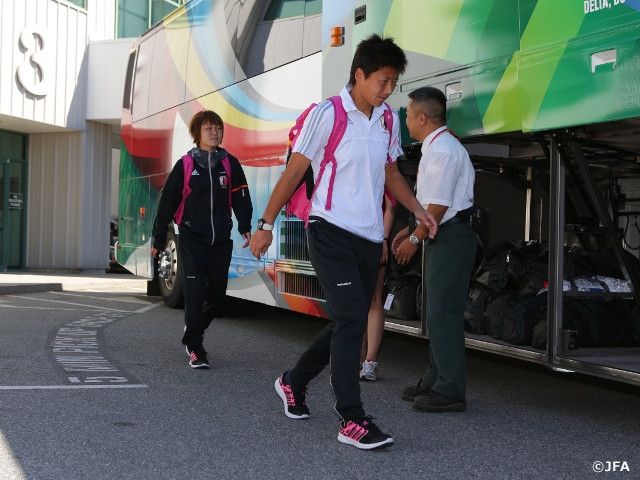 SASAKI Norio, Head Coach (Nadeshiko Japan/Japan Women's Football Team)
I’m pleased that we’re back in Vancouver, as the players have been aiming at the final here. We were able to play neck and neck with the U.S.A. through the championship in Germany in 2011 and the Olympics in London in 2012. So we’d like to challenge to win against them, and play in our style.

It’s up to how much we can show what each individual as well as Nadeshiko Japan have been practicing for the last four years. If we play relaxed without any fear of failure in this big championship, I believe we can be very competitive. I hope the players will play in an adventurous manner.

With only a few days to go before the final, we’d like to get ourselves ready, staying mentally and physically relaxed. We’ll meet United States with a strong spirit and teamwork.

MF #9   KAWASUMI Nahomi (INAC Kobe)
I know many players from the U.S. National Team and I can anticipate how they will play to a certain extent. When I watched the match against Germany, I felt “yes, that's the USA” Although I expect that the coming match will be tough, I’d like to stay eager to win as a united team. It’s vital to get ourselves ready enough. I’d like to review the video of the match again to learn about the opponent more. I hope the final will be a good one, in which both of the teams can show their best performance. 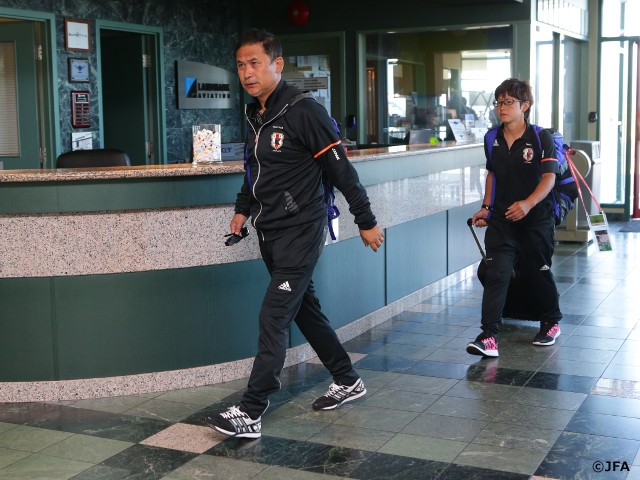