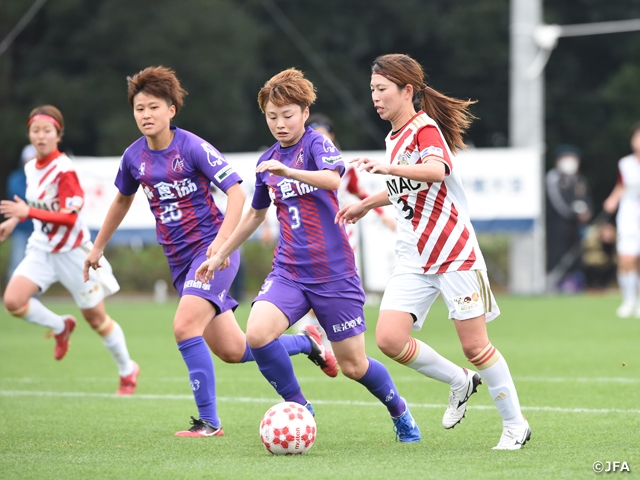 The remaining eight first round fixtures of the Empress's Cup JFA 42nd Japan Women's Football Championship took place on Sunday 29 November. At Prince Takamado Memorial JFA YUME Field, four teams from the western region fought for their ticket to the second round.

SAWADA Yuka led the way for the Osaka side, as she struck a shot in the 20th minute, followed by SAKANAKA Mio’s attempt in the 26th minute, but both shots were saved by Kamimura’s GK SAKAGUCHI Nami. With momentum on their side, Speranza alternated the attacking players to threaten the opposing goal, but the Kamimura defence showcased great composure to deflect the attacks. The high school side also made attempts to initiate counterattacks, as they collected the ball to their 14-year old duo, MITOMI Ririka and KUBO Momoka to threaten the Speranza goal.

Despite the tenacious efforts showcased by Kamimura Gakuen, the deadlock was broken by Speranza in the 84th minute. The FK attempt made by WATANABE Kanami was blocked by Sakaguchi, but UENISHI Kanako dumped the ball back into the mix, allowing MORISAKO Ayame to take a shot from close range. Although Sakaguchi made a spectacular save to block the shot, Morisako managed to convert the loose ball, giving the Osaka side the much awaited lead.

Speranza showcased a dominating performance against the high school side, as they struck a total of 24 shots. For Kamimura Gakuen, their efforts to keep the superior side scoreless for the majority of the match must have given them great confidence ahead of the All Japan High School Women's Football Championship. Speranza will now face Cerezo Osaka Sakai Ladies (Nadeshiko1/Osaka) at the second round. 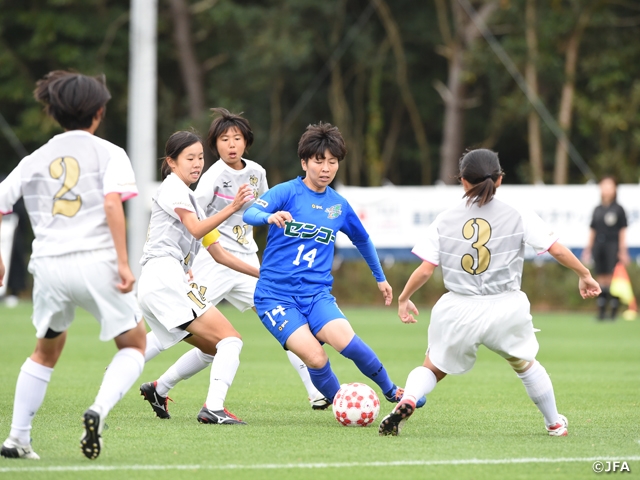 Angeviolet Hiroshima (Chugoku/Hiroshima), who finished in first place at the 2020 Plenus Challenge League WEST, squared off against FC Imabari Ladies (Shikoku/Ehime), who earned their spot through the Shikoku regional qualifiers.

The opening goal came in the 17th minute, when Imabari’s INOUE Hazuki connected with a FK delivered from the left side, striking a header into the net. Despite entering the match as the underdog, Imabari gained momentum from the opening goal and continued to attack the Hiroshima goal. In the 37th minute, ASAUMI Saki struck a powerful shot that shook the net, giving Imabari a 2-0 lead at halftime.

In efforts to level the match, Angeviolet collected the ball to KAWASAKI Saya in the second half, as she came within inches to score a goal in the 51st minute, but her attempt was denied by the goal post. The Hiroshima side finally captured the goal in the 85th minute, when MATSUYAMA Yume converted a cross delivered by KANDA Wakaho to get within a goal.

However, despite firing 21 shots in the second half, Angeviolet fell short from scoring the equaliser, as FC Imabari took the match 2-1, earning their first ever victory at the Empress's Cup. 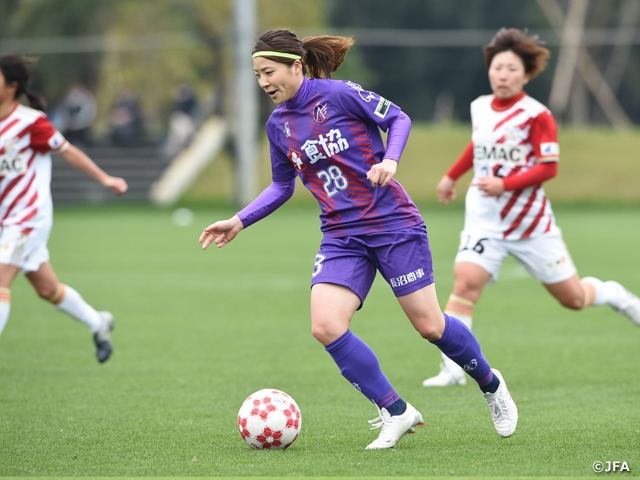 FW #22 MORISAKO Ayame (Speranza Osaka Takatsuki)
I was not able to covert a close opportunity during the first half, so I am glad that I was able to score a goal in the second half. The goal came at a good timing and I feel like my strong determination has led me to that goal. We will now face Cerezo Osaka Sakai, who plays in the first division of the Nadeshiko League, so I will make the necessary adjustments and try to be more critical at the final third. With the match being an Osaka derby, there will be many people watching the match, so I will give my utmost efforts to win the match.

MF #28 KAWASAKI Saya (Angeviolet Hiroshima)
It took us too long to pick up our pace in the first half, and we were not able to showcase our usual performance. The team’s existence was at stake during this season, and we had a period where everyone was confused, but with the support of our staffs, we were able to make it this far, so we really wanted to showcase a positive performance at this tournament. We still have the Challenge League Championship in December, so we will reset our minds to win the title.

YAMAMOTO Yuki, Coach (FC Imabari Ladies)
The players fought courageously to earn this result. Because we were not able to get promoted this season, this Empress's Cup had a great significance for us. We entered the match with great enthusiasm and score two goals in the first half, which was huge for us. We will face another strong opponent in the second round, so hope to showcase another courageous fight to win the match.