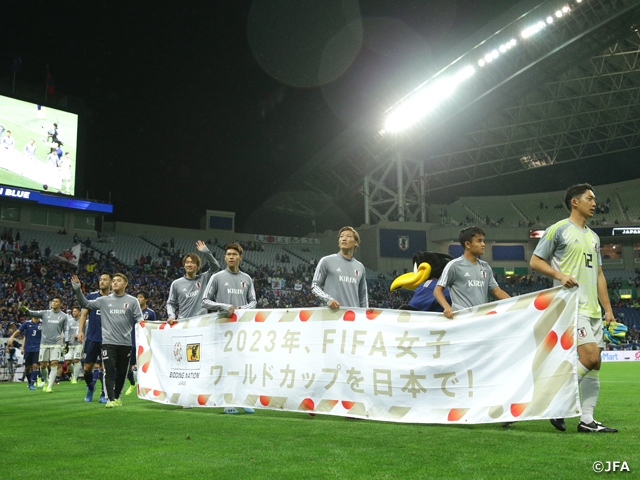 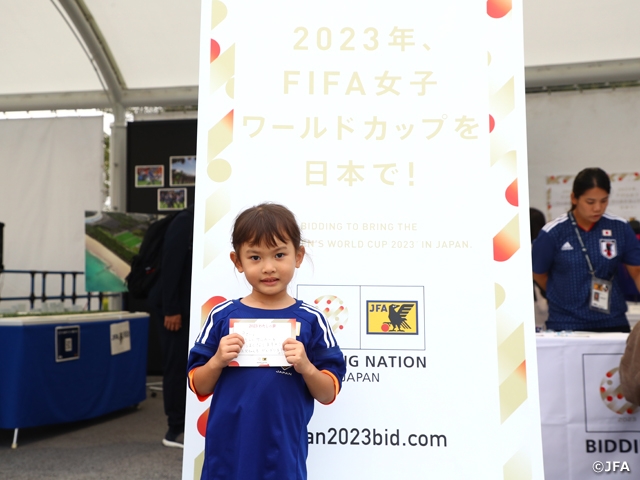 Also, at the booth, we asked the visitors to leave a message with the theme, "My Dream of 2023." A total of 307 people shared their dreams for 2023, from a father sharing his dream to "travel with my daughter" and a player's aspiration to "be selected into the national training centre." 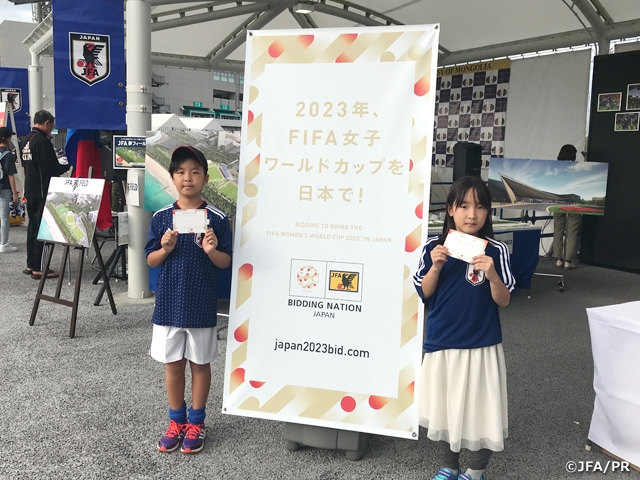 On this day, led by MINAMINO Takumi's opening goal, the SAMURAI BLUE won their match against the Mongolia National Team with a score of 6-0. Following the match, the team circled the pitch while holding a banner to promote the Japanese Bid to host the FIFA Women’s World Cup 2023 towards the crowd of 43,122 attending the match.
Next time, we will setup a booth at Kitakyushu Stadium on Sunday 10 November, when the Nadeshiko Japan face the South Africa Women’s National Team in the MS&AD Cup 2019.