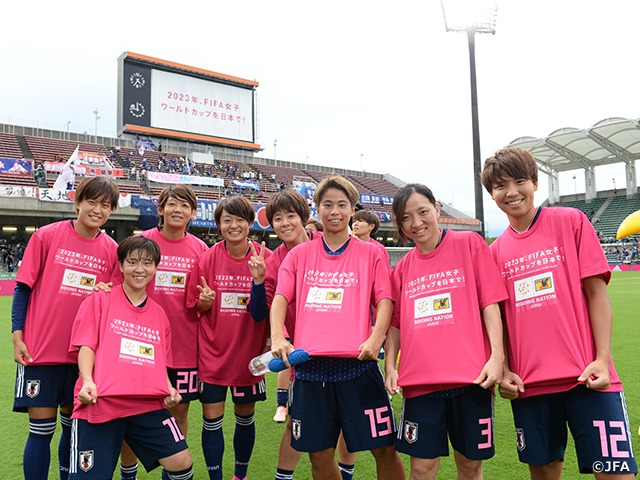 Following their 4-0 victory over the strong Canadian side, who were ranked seventh in the most recent FIFA ranking, the team circled the pitch while holding a banner to promote the Japanese Bid to host the FIFA Women’s World Cup 2023 towards the crowd of 8,123 attending the match. 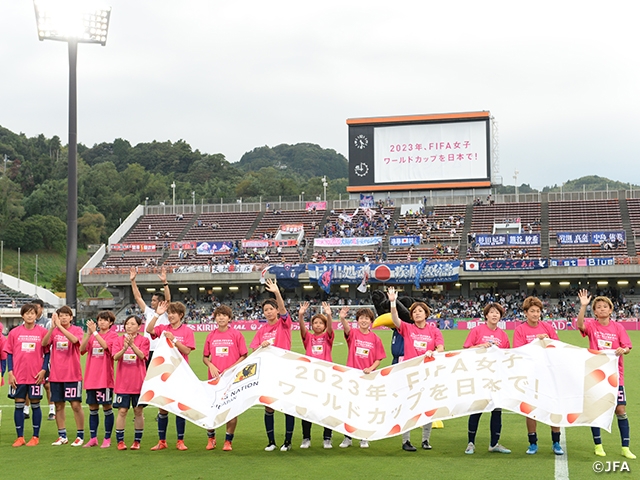 Also, on this day, a special booth to support the Japanese Bid to host the FIFA Women’s World Cup 2023 was held at the stadium, as exhibits from the Japan Football Museum were on display to promote the cause. Visitors stopped by to take photos of the World Cup trophies won by the Nadeshiko Japan, U-20 and U-17 Japan Women’s National Team, as the actual trophies were on display by the stadium concourse. A special photo exhibition featuring the history of the Nadeshiko Japan was also held, as the viewers revisited the courageous battles and touching memories of the Japan Women’s National Team. 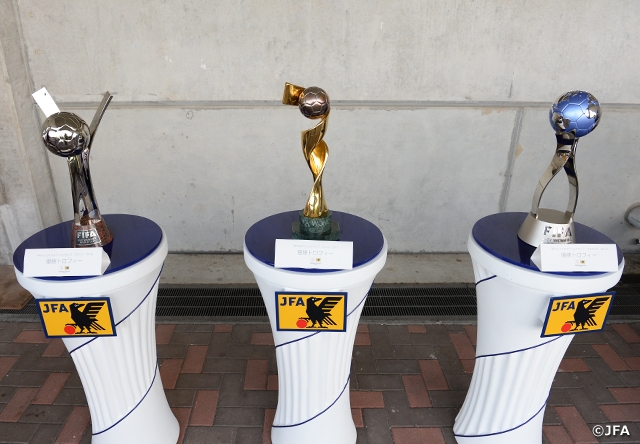 At the booth, we asked the visitors to leave a message with the theme, "My Dream of 2023," as a total of 194 people shared their dreams for 2023. We saw a wide variety of visitors, from a primary school student asking, “In four years, what grade will I be in?” to a mother sharing her aspiration, “I will do my best to help my daughter become a member of the Nadeshiko Japan!” 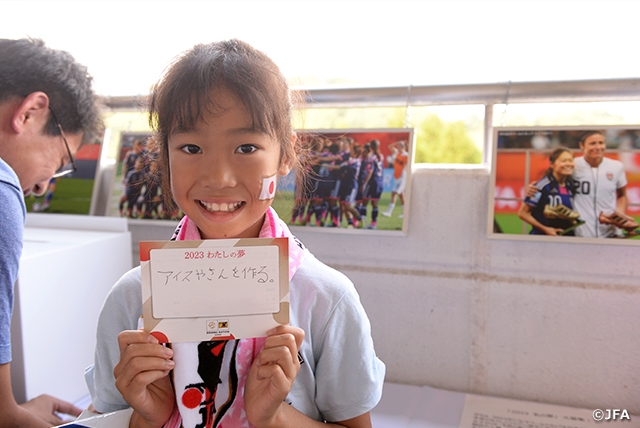 In order to achieve these dreams of 2023 together, the football family will continue to pursue variety of promotional activities. For future events, please visit: https://japan2023bid.com/en/event/