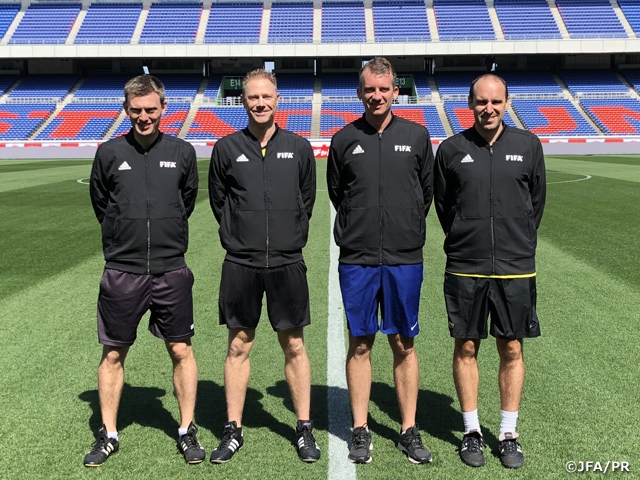 On Thursday 21 March, the referees in charge of the match between the SAMURAI BLUE (Japan National Team) and the Colombia National Team in the KIRIN CHALLENGE CUP 2019, conducted a pre-match training session at the match venue, Nissan Stadium, Kanagawa.

Referees in charge of the match

The above referees will also be in charge of the SAMURAI BLUE’s KIRIN CHALLENGE CUP 2019 match against the Bolivia National Team, scheduled on Tuesday 26 at Noevir Stadium Kobe, Hyogo.