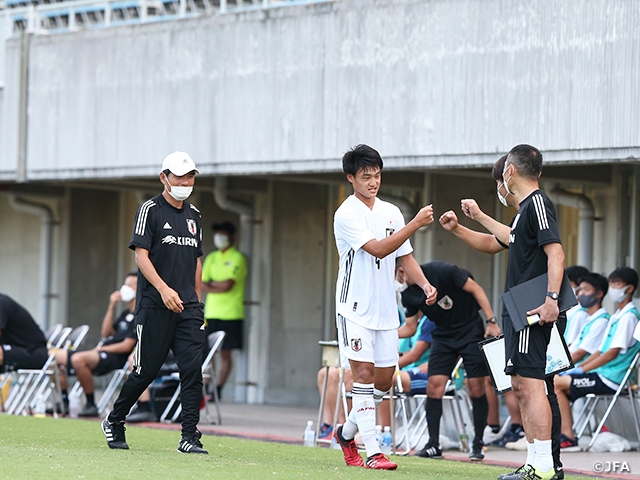 In 2015, two years after this column started, I wrote an article titled “Let's call each other’s name.” It has been a long time since, so I would like to reflect on the importance of calling people by their names once again. Here I will introduce my own experience from the times when I felt respected, and when I didn't.

It was when I was talked to by the principal of my junior high school, whom I wrote about seven years ago, that I felt very much accepted as a human being.

One day, not long after I entered the school, the principal suddenly talked to me in the schoolyard.

“Mr. Osumi, are you getting used to school yet?”

The principal of my junior high school was German and usually carried a stern look, but at that moment he had a gentle smile on his face.

I wondered how he knew my name among 180 new students, so I asked him, and he told me that he had made 180 name cards with the photos of all new students and spent a week before the entrance ceremony in order to memorise the name and face of each student.

Being called by my name made me feel very proud, and at the same time gave me a strong sense of responsibility to behave well.

On the other hand, it was the biology teacher during my second year in high school who I felt had “no respect at all.” I had completely missed the mark in my preparations for the mid-term exam, and I could not answer most of the questions that tested my knowledge, so I concentrated on the last question which seemed to be the most difficult one. In fact, it was on a subject we had not learnt yet, but I laboured over it and managed to come up with the correct answer.

When the test was returned, my score was, unsurprisingly, dreadful. At my school, anything less than 60 out of 100 points was considered a “failing grade” which could have serious implications for our advancement to the next grade.

However, to my surprise, the last question, which I had tried so hard to solve, also had a cross (meaning incorrect) on it. So I raised my hand and asked why my answer was incorrect. As the teacher started to explain, I raised my voice and said, “That's not right.”

It was only then that the teacher realised that the question was on a subject that we had not learnt yet, and that was the reason why no one (except me) had the right answer. So he said, “We’ll just drop this question entirely.” When I complained, the teacher said, “Shut up, we are dropping this question,” and moved on to the lecture for the day.

That afternoon, I happened to be on duty to clean the biology classroom. I was doing my job as usual, then a friend of mine talked to me, and we chatted for a little while.

Just at that time, the teacher walked into the classroom and said to me,

At that moment, I was indeed taking a break from my duty, so I don't fault him for saying “don't slack off.” However, what shocked me was the fact that he referred to me as a “failure.”

Of course, the teacher knew my name. He called me a “failure” because he was annoyed by the fact that I insisted that he was wrong in front of everyone in the class.

I was stunned by what was said to me, so I couldn't even say “I'm sorry.”

I believe that calling a person by their name is an important way of showing “respect” for them. If you call a person by their position or jersey number during a match, such as “referee!” or “number XX!”, they would feel that you are “hostile” or “condescending.” But when you call someone by their name, you immediately create an even relationship with them.

In Japan, there is a tradition that it is considered polite to address people by their titles rather than by their names. This is difficult to change. But in football, a sport where everyone is equal, it is more appropriate to call each other by their names, not only between players and referees, but also between players, coaches, and team officials, in order to show “respect” for each other.